Thanks to securing the first-ever citywide installation of Google Fiber, among other achievements, Kansas City is increasingly known as a startup and technology hub.

But amid the coverage of accolades and milestones is often the question: who are the digitally focused companies that are putting Kansas City on the map? 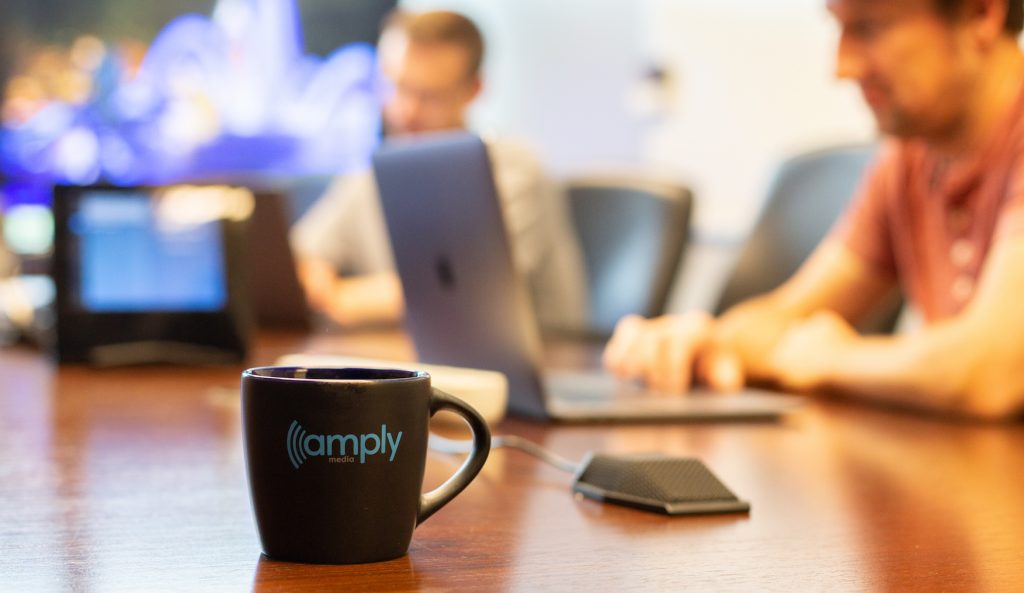 One Kansas City company, Amply Media, is in the midst of growing a vast content network. In fact, you probably already consume their content—you just don’t realize it! Here’s a peek inside this flourishing digital publishing company.

Amply’s Focus: “Content That Distracts the World”
Creating compelling, engaging, and entertaining content “that distracts the world” is at the core of Amply Media’s strategy. As CEO Ryan Schaar explains, “We create and operate over 50 different websites across a variety of interest verticals like health, sports, news, and parenting.” 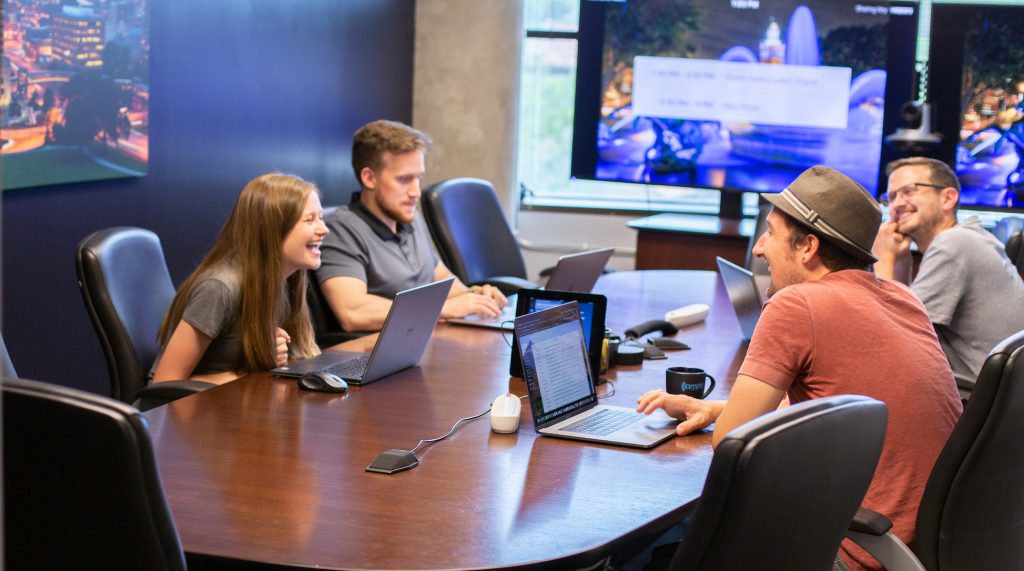 Amply Media has an in-house team of content creators that supply these national websites with content. Then, the company uses “advanced digital marketing techniques to advertise our websites across the web that bring people to our sites,” Schaar explains.

The key isn’t just to bring users to one of Amply Media’s websites—it’s to keep them coming back. That’s why each site is optimized so that users can easily opt-in and receive daily content. Over the last three and a half years, Amply Media has racked up an incredible 106 million subscribers while producing more than 1,000 new pieces of content each month.

Why Kansas City?
Tech-focused companies—especially those like Amply Media that are in the midst of accelerated growth—are often asked, “Why are you doing business in Kansas City instead of on one of the coasts?”

For one, Amply Media has roots in Kansas City. The firm’s parent company is a longtime Kansas City business. It was while working for the parent company that Schaar discovered a new way to approach the digital content model. 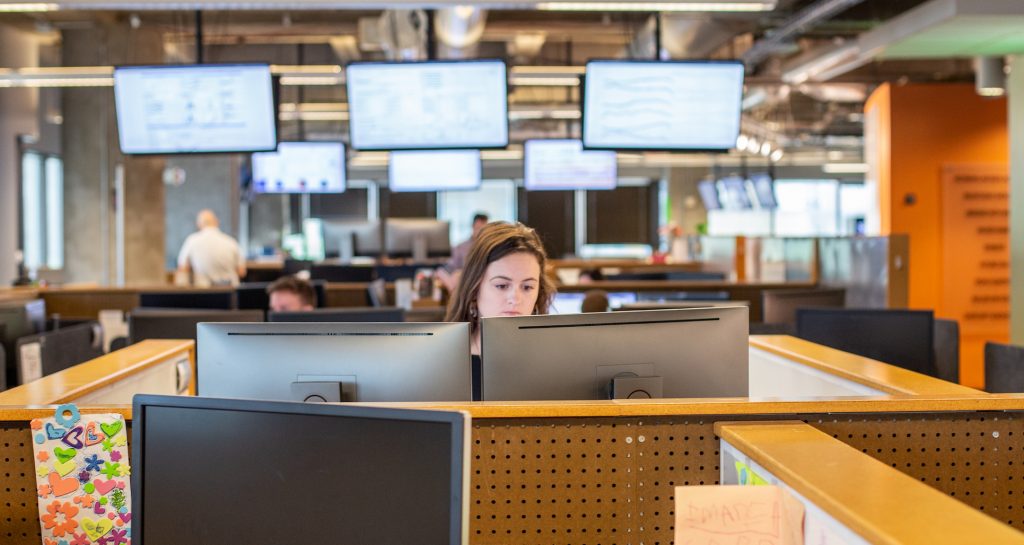 “We were born out of a company that focused a lot on ad tech with lots of engineers and smart folks that implemented online advertising and kept up with the ever-changing evolution of new ad technologies,” says Lance Hemenway, the chief creative officer. “We realized there was a gap in the technology that prevented people from receiving the info when they wanted it on a particular device, so there was a marrying of the company’s existing technological component and keeping pace with content creation.”

That secret sauce has enabled Amply Media to cut through the online noise and not only keep users happy, but also keep them coming back.

“Amply prides itself in using cutting-edge web technologies to create real connections with our users,” says Jesse Overright, vice president of engineering. “Two-thirds of our daily audience comes from repeat visitors because of our focus on engaging technology.” 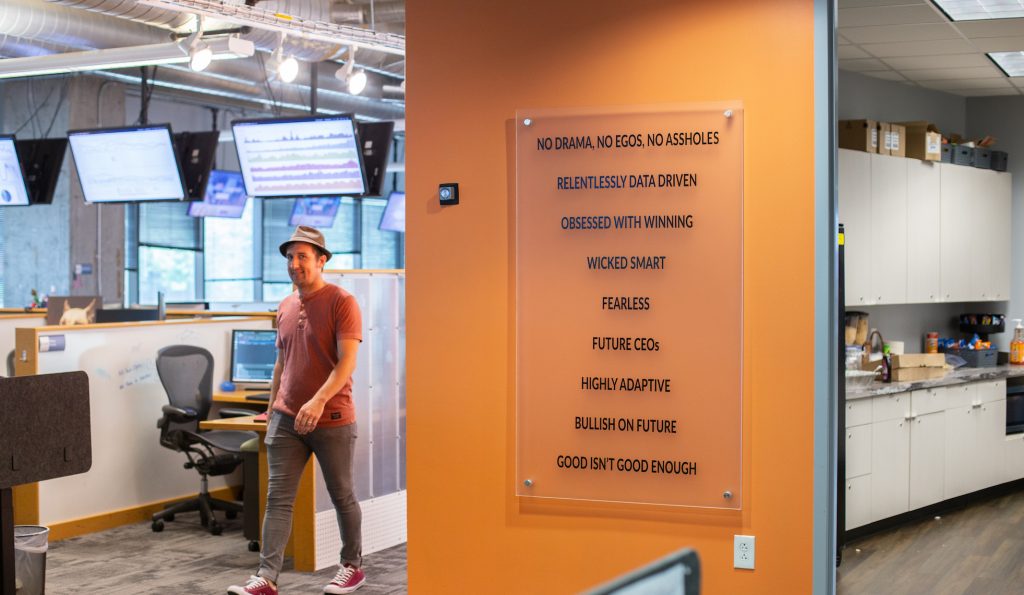 Plus, just like Schaar was given the freedom to take his idea and run with it, thereby creating Amply Media, the company’s employees are given similar flexibility to “innovate, inspire and test their own ideas,” says Alyssa Guenther, content studio leader. “This lets both the company and our people grow by celebrating and capitalizing on wins and learnings. Amply wouldn’t be where it is today without this mentality.”

The forward-thinking company is also leading the way for digital publishing in Kansas City, adding to the city’s already notable reputation as an advertising agency hub.

“Kansas City is known for digital marketing and technology, and we’ve combined those with content creation to build Amply Media as the first digital publishing company in Kansas City,” Hemenway says.

Leave Drama at the Door
Companies won’t get far without a team of talented employees that are collectively focused on the company’s success. That’s why company culture continues to be an ongoing priority for Amply Media’s leadership. 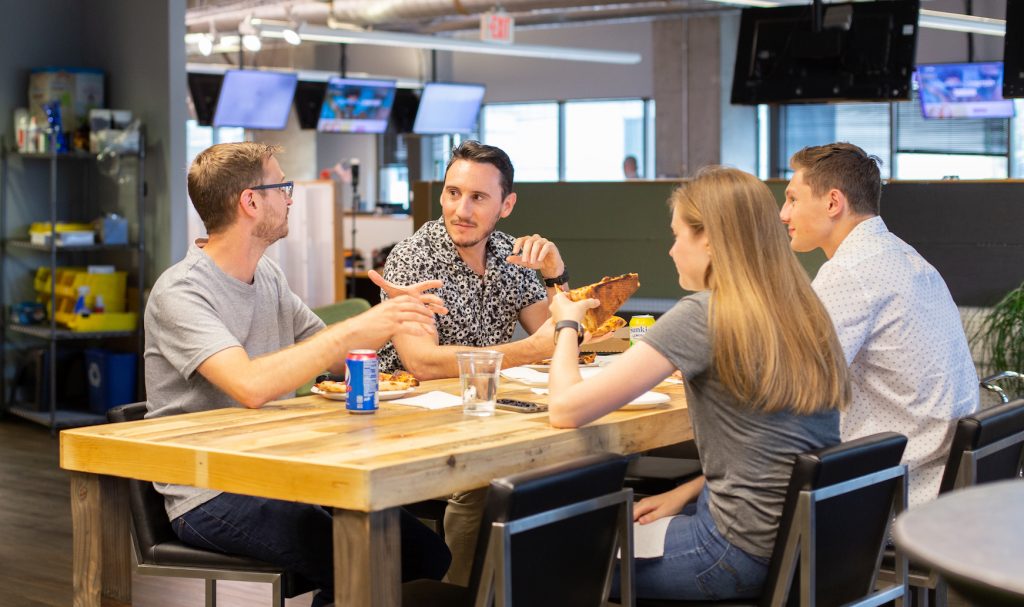 Not only has the company’s welcoming, high-energy culture helped attract a record number of new hires; it’s also being recognized by key professional resources like Ingram’s Magazine, which included Amply Media on its list of Best Companies to Work For. Additionally, Amply Media is certified through April 2020 by Great Place to Work and will be included on Inc.’s list of the 5,000 fastest growing companies in the U.S.

“Amply Media isn’t like anywhere else I’ve ever worked,” says Kate Brock, director of strategic partnerships. “When you walk in the front door there’s a big sign that says, ‘No ego, no drama, no assholes.’ And believe me—it’s more than just words. Culture is the single most important thing to Amply Media and our leadership team. I believe we have aspired to, and succeeded in, creating an environment where people actually look forward to coming to work each day.”