One look at some of the jaw-dropping renderings of Industrious’ new digs on the Plaza and you’ll quickly see why it’s going to be the most sought-after, premium workspace mecca in the metro. In fact, it’s like nothing Kansas City has seen—and that’s by design, says Ryan Ledoda, the area manager for Industrious. 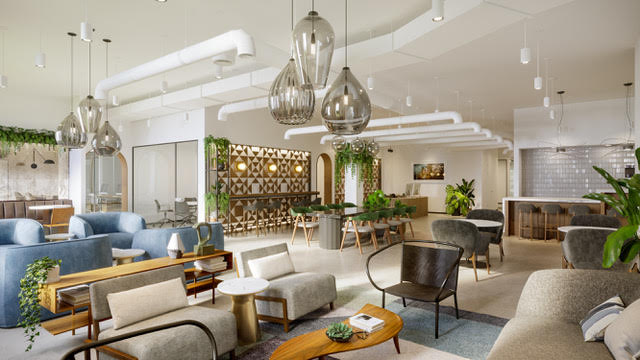 Before the t’s were crossed and i’s were dotted at the new 40,000-square-foot (!) Plaza locale, Industrious already had a buzzworthy following. From humble beginnings seven years ago, they’ve leapfrogged across the nation with their professional and elegant flexible workspace offerings. Industrious currently has 85 locations across 45 cities, and its network is rapidly expanding.

Now the team at Industrious has partnered with Plaza owners Macerich and Taubman to bring coworking to the northwest corner of Broadway Blvd. and Nichols Road, set to open in early December. Potential clients are clamoring to be part of the celebrated workspace community. Tours are going on nearly every day. Industrious, meanwhile, is eager to get the word out about what they bring to the (office) table. “We’re solely focused on people being their most productive selves at work,” says Ledoda. “Our team is there to take care of needs people don’t even realize they have. We have staff on-site to cover all the details so that our members can really focus on their business and grow it accordingly. They don’t need to worry about managing a space. We’re here to take things off their plate or simply make their day.”

Couple the high-end accommodations with a litany of amenities, and it’s the perfect venue to make deals, close deals, or simply impress clients. High-end nosh, nibbles, and adult libations will be available to enjoy. Industrious Kansas City is partnering with Messenger Coffee, McClain’s, TLoft, Bread and Butter concepts, and Rye—just to name a few.

Kelly Construction—already revered for their impressive array of Plaza build-outs—is heading the charge. “The coolest part of our design is that we incorporate inspiration from every location we work with,” says Ledoda. “In this case, we’re channeling the Spanish architecture from the Plaza—from our textured, geometrical façade to using uniquely patterned tiles reminiscent of Spain. Even the accent pendant lighting comes with a Spanish influence. 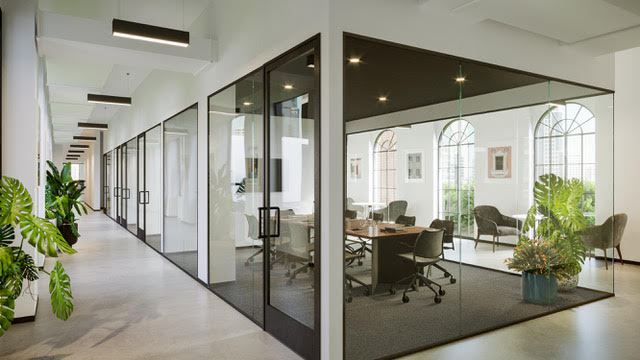 The genesis behind choosing the Plaza? “Simply put, the Plaza is a place where people want to live, work, and play,” he says. “People want to stick around the Plaza. It’s a bustling part of town—which definitely fits the bill.” Who’s already joining in on Industrious’ business brigade? So far, the team has seen interest from independent real estate agents, companies who are choosing Kansas City as a secondary corporate hub, and plenty of affluent entrepreneurs. “When people think about coworking spaces their brain immediately goes towards millennials or young startups,” says Ledoda. “But what makes us different is that we can cater to them, but also to more mature businesses and professionals that are at any stage in their company’s life. We’re able to meet the needs of all different types of clientele.” (Plus, Industrious was wise to fling open their doors during the recent Plaza Art Fair, which also helped create a wave of interest.) “Around 500 people came through the space,” he says. “We had artists’ work featured on our walls and on our tables. It allowed us to gain exposure on who we are and what we’re doing.” 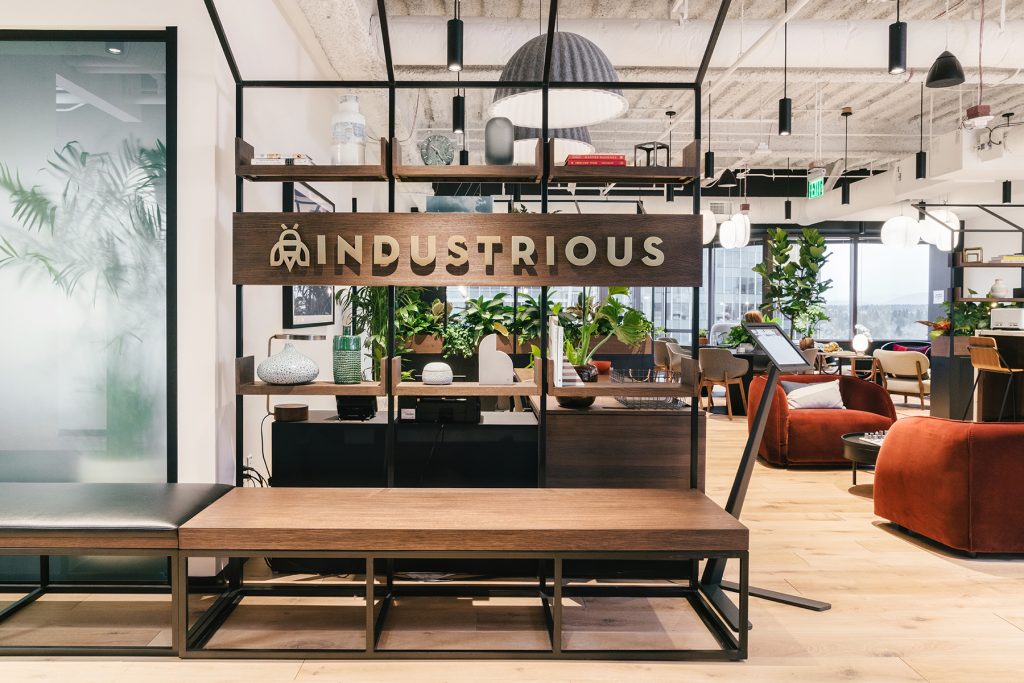 Once clients sign up with Industrious, they are able to use its workspace privileges at other locations throughout the country. “We want to make people proud and excited to come to work every day,” says Ledoda. “That way they’ll be more productive in our space. We’re hyper-focused on that productivity piece. Our goal is to change the way people think about going to work.” 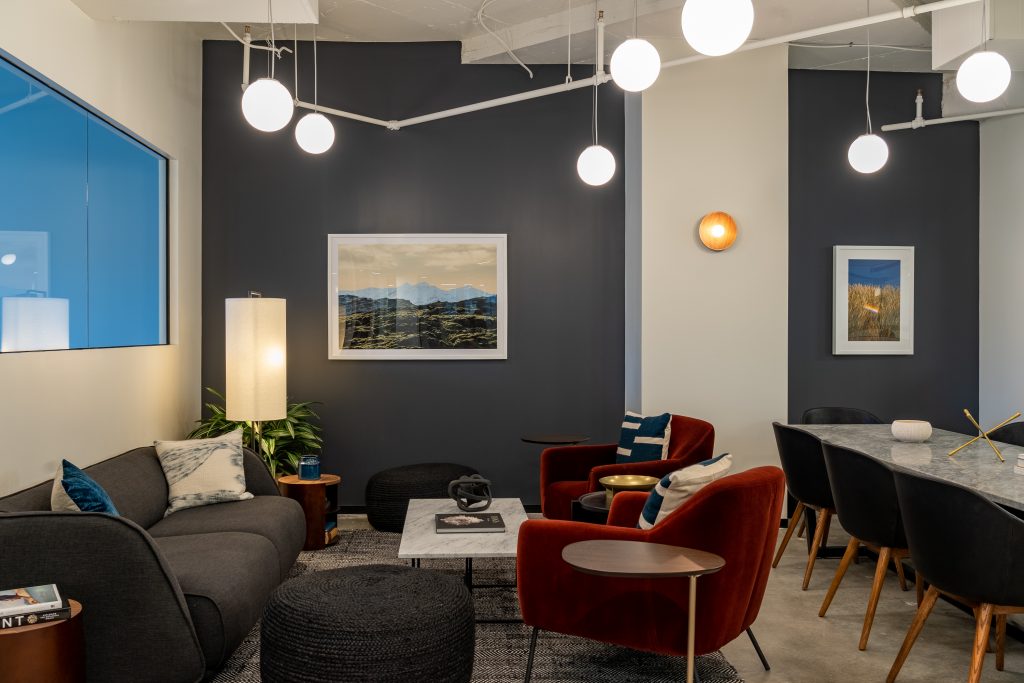 Want to know how you can be #soindustrious? Click here to discover more details on available space and membership opportunities. Better be quick, though—the race is on to become part of Industrious’s burgeoning business community.