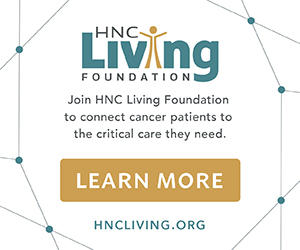 Kirk Isenhour and Doug Anning didn’t exactly downsize as much as expand and contract. The couple was settled in a large condo in the Greenlease Cadillac building when they decided to build in Arrow Rock, Missouri. Once they realized their weekend getaways were becoming most-weekend getaways, they began looking at their “in-town” home in a new way and decided maybe it was time for a change. “John Eck designed the Arrow Rock house,” says Isenhour. “That house really gets to the root of who we are.”

Isenhour is the executive director of the Truman Medical Center Charitable Foundation and Anning is a shareholder in Polsinelli law firm. What Eck, an architect in Kansas City who is also a professor of architecture at the University of Missouri-Kansas City, could see was that Isenhour and Anning were sophisticated, but wanted to simplify their lives. Relaxing in the country was an antidote for the couple. They bought the lot in Arrow Rock in 2010 and built the house in 2014. “We loved that the whole village is a National Historic Register site,” Isenhour says. “When we built the house, we had to go through the architectural review board. From the outside it looks like an old farm house, but the inside is basically one big room.”

The couple is there most weekends. “Honestly, it’s a good reason to say ‘no’ to the things we don’t want to do in Kansas City,” Isenhour says jokingly.

“But really, it’s so easy to have people out there. It’s 90 minutes away! And we have a lot of bedrooms. The house sleeps eight, though we usually just invite one other couple,” he says. “We did have a full house for the eclipse and we usually do for Thanksgiving.”

It was the frequency of their visits to the country and the appeal of its simplified way of living that led the couple to consider downsizing in town. “Our condo in the Greenlease Cadillac building was 2,700 square feet. It just started to feel like more than we needed. Especially since we were usually only there during the week.”

The couple began looking for something smaller when they ran across their current Union Hill townhouse.

They could see that they could replicate the “one-room” wonderfulness of their country house in their city space.

When the couple contacted Eck for HM_2.0, the architect was not available. He suggested Chris Fein from FORWARD Design | Architecture. Fein was able to understand the couple’s needs and vision and translate them into a result that exceeded expectations.

“He understood the ‘one-room’ idea completely,” says Isenhour. “One of the first things we thought we would do was open up the staircase and hang art along that wall. Chris told us ‘Railings date a home.’ He suggested keeping the wall. It was a great idea.”

It was the first great idea of many. The kitchen is at the front of the home—as it is in the country—but Fein suggested sleek cabinets and clean countertops to create a streamlined view into the living room. The team opted for refrigerated drawers over a traditional unit to keep the sight lines clean. Two armchairs on the south end of the kitchen provide a relaxing place to linger while someone preps or cooks. Counter stools offer a spot for a nosh on the go, while the table just this side of the living room provides a place to linger whether the couple is dining a deux or entertaining.

They added the wall of windows in the living room that overlooks the downtown skyline with a sweeping view of the Liberty Memorial as the Western Auto sign peeks through the urban landscape to the east. A clever sliding door—neatly hung with the couple’s art—covers or uncovers the television as needed. “It’s designed to look like a seamless built-in cabinet no matter which way we slide the panel,” notes Isenhour.

Matte natural white-oak floors flow throughout the entire first floor. “When we were in the design phase of the house, Chris took us to a project he was working on and when we walked in I said, ‘Oh I want these floors because they’re Abby colored!’” he says, of both the floors and their dog.

The private area of the home upstairs is equally as well thought out. The bedroom is delicious neutrals—a cozy and compact retreat. The efficiently designed bath has the appeal of an elegant big-city hotel room. The sitting room that is tucked just behind gets regular use. “We call it the ‘nook,’” says Isenhour. It’s such a peaceful spot to read or work.”

The deck off of the bedrooms is both a private and—perhaps surprisingly—public space. “We sometimes have people up here after dinner for drinks,” he says.

Whether in town or in the country, the couple’s life is essentially the same. Elegant, efficient, convivial. Square footage is irrelevant.

The Magic of a Set Table

A Loose Park Contemporary Makes the Most of Its Stunning Location