Chef Brett DeHart knows who his sushi fans are. “They called me Tora—which means tiger in Japanese—that’s my nickname,” he says. “If you know me as a chef, you know me as Tora.”

DeHart—who crafted his elite sushi-making skills at Jun’s and then Nara—just opened a new sushi restaurant at Strang Hall yesterday. The name? “Appropriately enough, Tora Zushi with a Z,” he says. It’s his second venture at the JoCo food hall. His first restaurant Fénix, which serves elevated Latin American cuisine, just celebrated their one-year anniversary. (The two sister eateries are conveniently sandwiched next to each other which is ideal for DeHart. “I can easily scoot between restaurants,” he says.) 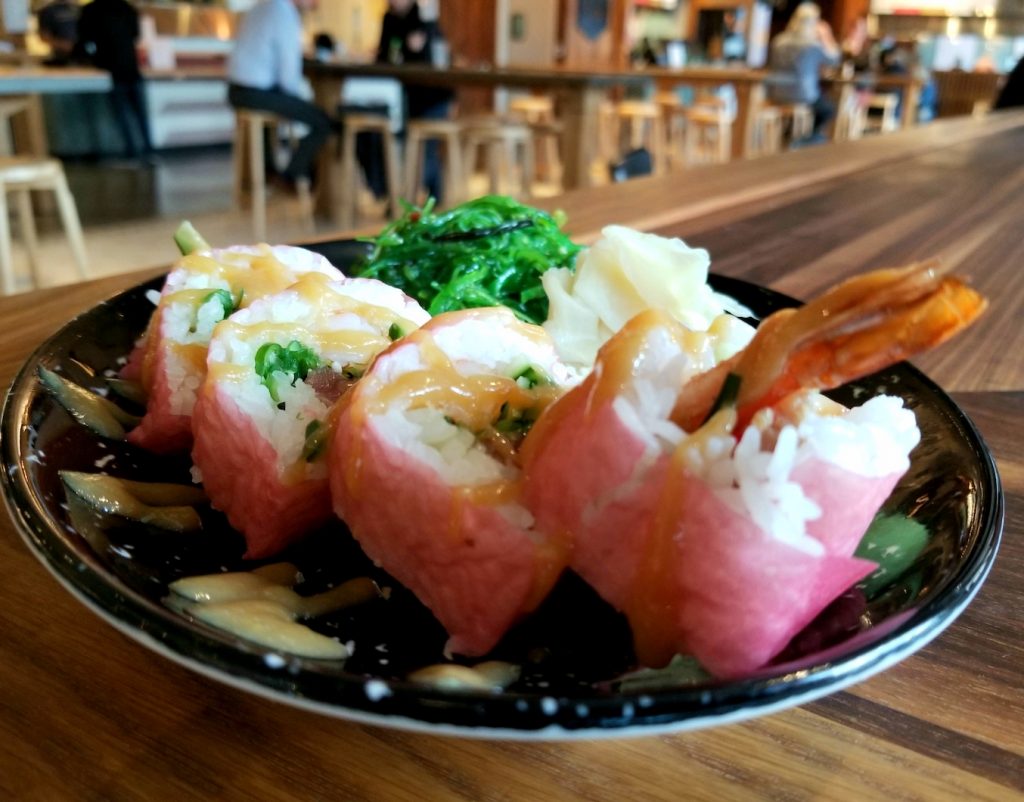 When we asked if DeHart would struggle tackling two wildly different flavor profiles, he laughed. “No, while it takes a lot of bandwidth to run multiple concepts, I’m a Pangea chef,” he says. “You give me a cuisine and I’ll dive into it and make it unique to my style. My personality comes through on the plate.”

During DeHart’s recent soft opening, he said he can already tell what dishes are gearing up to be wildly popular. “For sure, the Strang Roll—which is a tempura-fried crab and cream-cheese roll, topped with tuna, avocado, spicy cucumber and yuzu togarashi aioli,” he says. “And while you might be able to find fried rice anywhere, you can’t find my fried rice with its fresh ginger sauce. It’s the best you’ll find,” he brags.

For DeHart, getting back to his sushi roots is like riding a bike. “I have so many years of doing it, that all my tips and trade secrets have come back out of my brain,” he says. Along with plenty of gluten-free and vegetarian options, DeHart also says to keep an eye out for his decadent Kobe burger. “It’s bound to become one of the best burgers in KC, thanks to my house-made Szechuan pickles and curry aioli. Plus, I add a Japanese chashu pork belly I make myself.”

And for the faint of heart, yes, DeHart has some classic fare on his menu board. “One half of the menu is traditional and one half has my spin on it,” he says. “But don’t worry, all my menus have my pheromones all over it.”