Big news from our friends at Boulevard Brewing Company. The local beer conglomerate is stepping up to the plate with the launch of Tip Your Cap, a baseball beer created to celebrate the centennial anniversary of the Negro Leagues.  “We’re honored to team up with the Negro Leagues Baseball Museum on this collaboration,” says Bobby Dykstra, the vice president of sales at Boulevard parent company Duvel Moortgat USA. 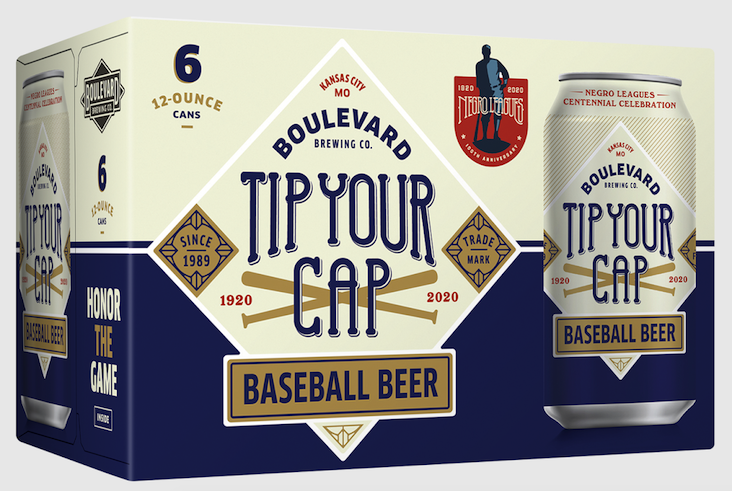 A portion of the proceeds from the beer will be donated to the Negro Leagues Baseball Museum to support its mission of preserving and celebrating the rich history of African-American baseball and its role in the social advancement of our nation. “We’re excited to see fans around the country raise their cans and tip their caps in a fitting salute to America’s unsung baseball heroes who overcame tremendous social adversity to play ball,” says NLBM president, Bob Kendrick.

At 4.6% ABV, the baseball-style beer pairs perfectly with peanuts, Cracker Jacks, hot dogs, home runs—and, of course, extra innings. The beer will be available on tap and in cans starting next month through August. Tip Your Cap will be available for purchase throughout the country anywhere Boulevard is sold.