While we don’t need national awards and publications to let us know which Kansas City restaurants, bars, and coffee shops are our favorites, there’s something special about local Kansas City businesses receiving national recognition.

Here are the recent businesses making Kansas City a food and drink destination:

Baba’s Pantry is one of Bon Appétit’s top ten best new restaurants in the U.S. 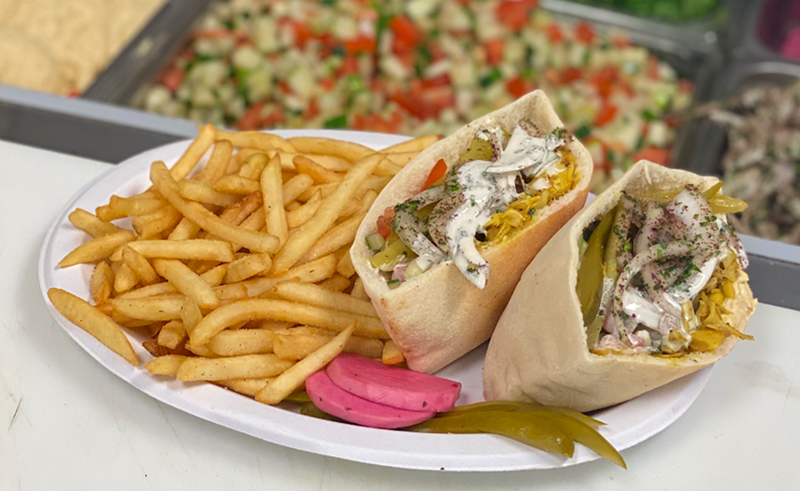 “Even if all we’d tasted at Baba’s Pantry, a Palestinian American café in Kansas City, Missouri, had been the hummus, we still may have named it one of this year’s best new restaurants,” writes Bon Appétit’s Amiel Stanek. “Velvet-smooth and crowned with a luscious mound of aromatic shaved beef or lamb, it is perhaps the best we’ve ever had. The restaurant’s owner, Yahia Kamal—Baba to his children and just about anyone who knows him—has run a number of different food businesses since he immigrated to America in 1979. This, however, is the first restaurant he’s ever called his own, and the first time he’s declared his business to be proudly Palestinian.”

Read more of what Bon Appétit has to say about Baba’s Pantry here, and visit the restaurant at 1019 E 63rd Street. 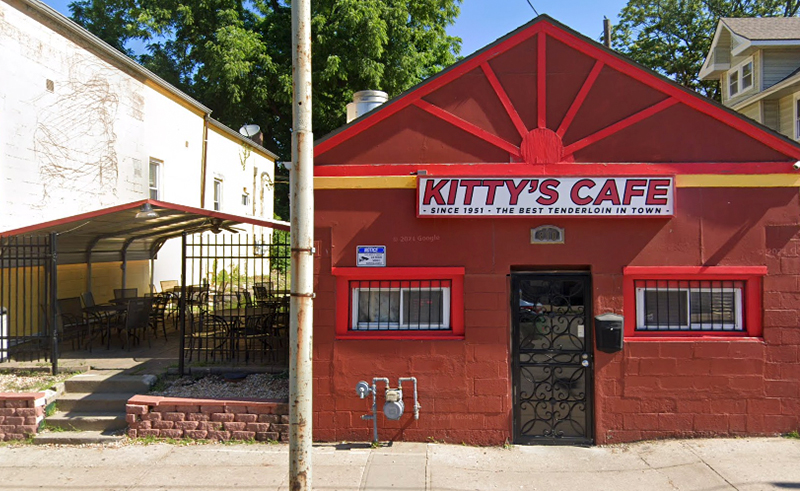 The New York Times scoured the country for the 50 best restaurants in the U.S. Some of the restaurants just opened this summer, others have been around for years including  Kitty’s Cafe, which opened in Kansas City in 1951.

“This is the kind of place where a customer announces, ‘I think I’m going to keep it light today’ before ordering a cheeseburger and fries,” writes Brett Anderson for The New York Times. “But the pork sandwich is really the reason you should not visit Kansas City without visiting Kitty’s. Charley Soulivong, the owner since 1999, uses the recipe passed down by Kitty Kawakami, who founded the restaurant in 1951 with her husband, Paul. Those Japanese American roots survive in three tempura-battered pork cutlets that come stacked with julienne iceberg, raw onions, pickles—crunch layered with crisp—and dressed with a hot sauce that eats like spicy ketchup. Kansas City is known for destination barbecue. It ought to be better known for the Kitty’s sandwich.”

Ça Va is one of the Champagne Bureau’s top ten bars/restaurants with the best champagne offerings in the U.S. 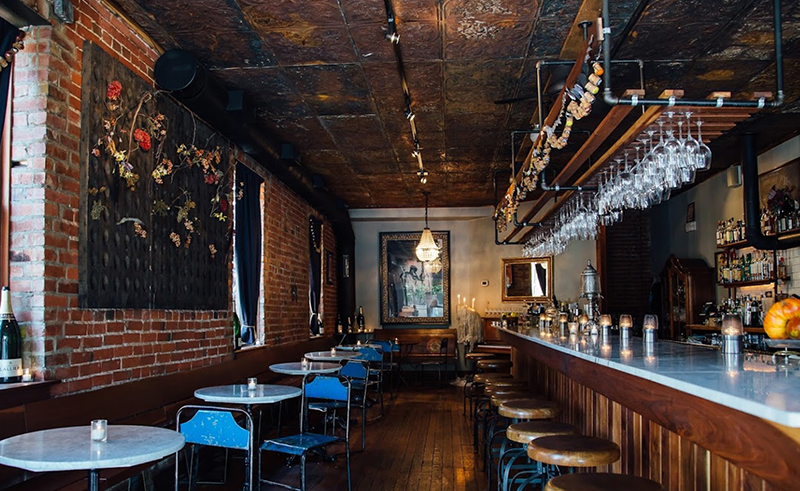 At Ça Va, you don’t need to wait for a special occasion to enjoy a glass of champagne. The champagne bar joins other bars and restaurants from New York, Washington D.C., Denver, New Orleans, Seattle, Chicago, San Francisco, Jacksonville, and Louisville as the top ten spots in the country to order a glass of bubbly.

“These bars and restaurants offer excellent champagne lists, unique pairings, and an overall wonderful experience for enjoying champagne,” says Jennifer Hall, director of the Champagne Bureau, USA. “We hope champagne lovers and those new to the sparkling wine alike will consider visiting these impressive establishments to enjoy Champagne Day in style on October 28.” Visit Ça Va at 4149 Pennsylvania Avenue. 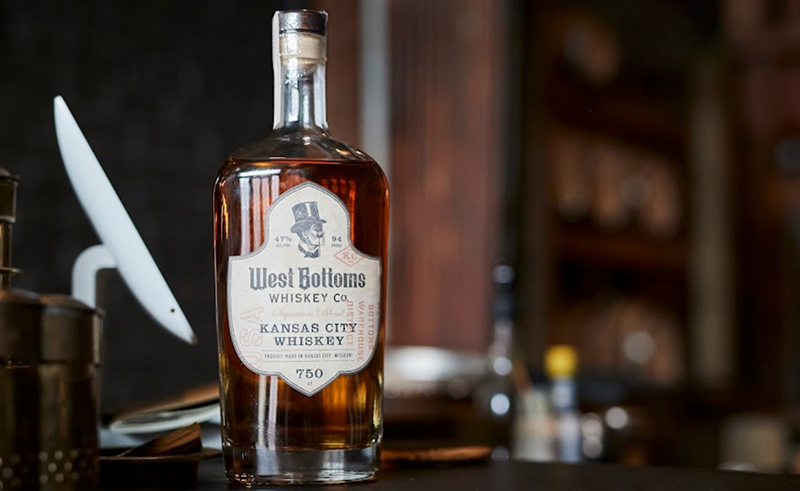 The Las Vegas Global Spirit Awards is one the top spirit competitions in the U.S. West Bottoms Whiskey Co. brought home a Platinum award for Kansas City Whiskey, the top-ranked American blended whiskey at the competition.

Made with a blend of rye, rye-heavy bourbon whiskeys, and dry sherry, the judging panel described Kansas City Whiskey with a “hint of smoke, fruity, and sweet on the nose and palate. Smooth with a long finish and lingering stone fruit notes.”

Looking for the perfect cup of joe around the metro? Kansas City has plenty of options, including two coffee shops that caught Yelp’s attention.

“We searched all through the U.S. and Canada to find the best spots to sip on a cup of coffee, whether you prefer yours hot, iced, black, sweet, creamy, or even blended,” writes Yelp’s Bailey Brammer. 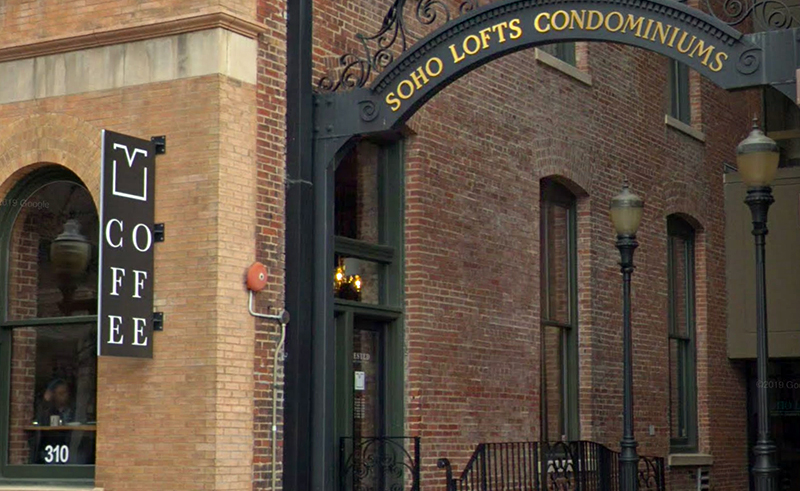 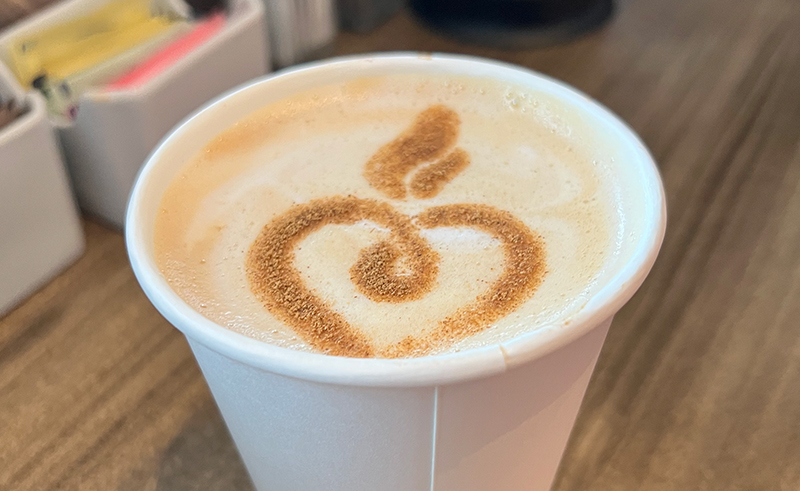 Each drink and menu item at Café Corazón is inspired by the owners’ (Miel Castagna-Herrera, Curtis Herrera, and Dulcinea Herrera) heritage from Argentina and Mexico. The local coffee shop ranked 46th on Yelp’s list. Visit the café’s original location at 1721 Westport Road or stop in at their second location at 110 Southwest Boulevard.

Reservation for One: Kitty’s Café