For most longtime Kansas Citians, Plaza III was part of a prom night, birthday, anniversary, or some other celebratory event.

We were heartbroken when the restaurant closed in 2020, a few years after relocating to Overland Park after 50-plus years on the Plaza. That’s why we’re thrilled with this week’s Foodie Find.

Plaza III is coming back with a direct-to-consumer website that will bring Plaza III’s most coveted menu items home. 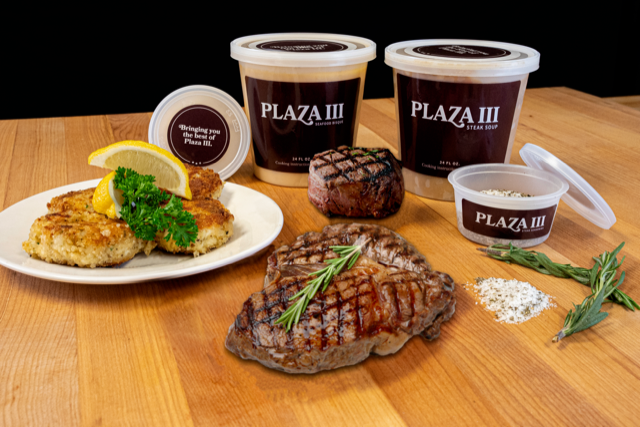 “For nearly six decades, the name Plaza III brought so much to the city and the region,” said Linzie Davis, who was executive chef at Plaza III for 25 years and designed the direct-to-consumer menu. “It became a staple of the community, a location for special occasions and the place to take out-of-town guests. Now we are so proud to bring back its legacy.”

For $165 you can get Plaza III’s Signature Gift Box delivered to your door:

The delectable bundle of these Kansas City meal classics will be delivered frozen with thawing and cooking instructions so you can recreate your last Plaza III experience at your home’s dinner table.

Opened in 1963, the name Plaza III was a tribute to the Country Club Plaza location and the three founders—Joe and Bill Gilbert and Paul Robinson.

You can order Plaza III’s gift box now, and other menu items will be available soon.