Known for their family-friendly stage productions, The Coterie Theatre’s 42nd season will offer several new plays and musicals created to entertain, engage, and serve as memorable experiences for all ages and every generation of the family.

Here’s a look at their upcoming roster: 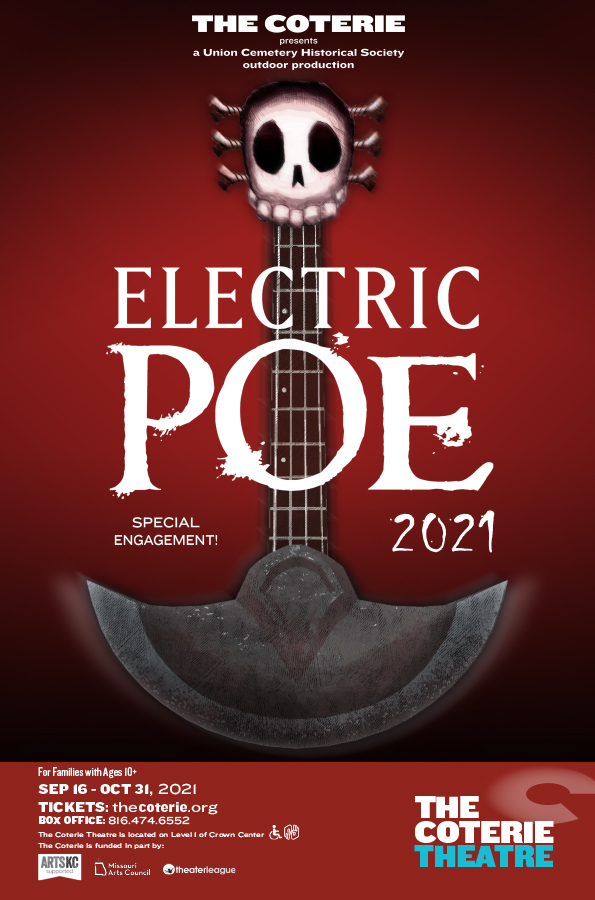 Back by popular demand, The Coterie’s 2021-2022 season begins this month with the return of Union Cemetery’s Historical Society (UCHS)’s Electric Poe. Through Halloween, the show will be performed outdoors at sunset in one of Kansas City’s hidden gems, Union Cemetery. Electric Poe 2021 features new adaptations of two classic stories from Edgar Allan Poe. “The stories in Electric Poe 2021 are different from last year’s production,” explains The Coterie’s production artistic director, Jeff Church, who adapted Poe’s work for graveside storytelling again this year. “We’re really excited to give audiences the literary hit Pit and the Pendulum, as well as Tomb of Ligeia, which allows us to add a female character, played by Alisa Lynn.” (Guests are reminded to bring their own chairs or one can be provided and reserved one for them.)

Also new this year, audiences have the opportunity to learn about the historical significance of Union Cemetery and the many important figures in Kansas City history that are buried there with guided, pre-performance tours. Led by a member of the UCHS, 60-minute walking tours are available on September 17, 18, 19, 25, and 26. A portion of each show and tour combination ticket will benefit UCHS and their efforts to preserve Kansas City’s oldest public cemetery.

Back on the Mainstage 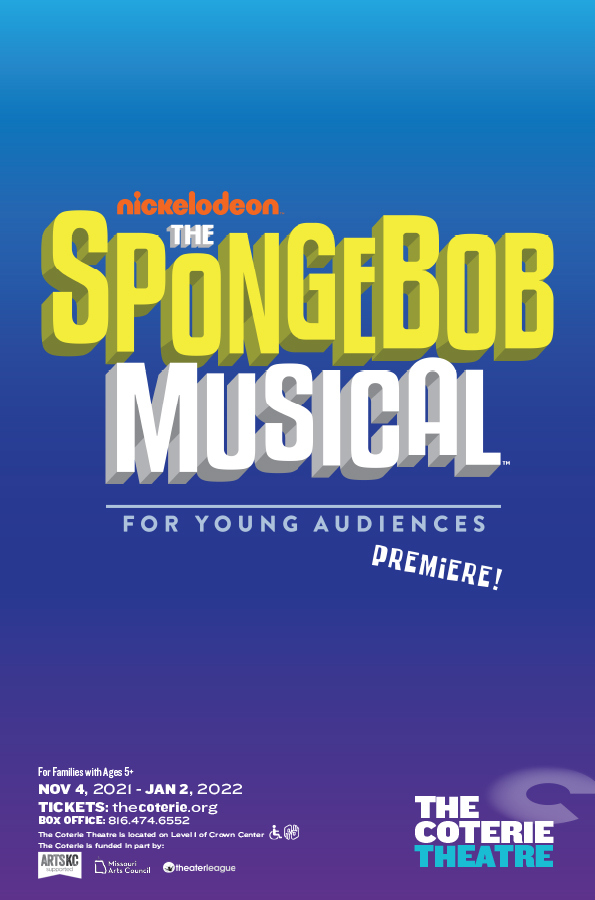 Beginning in November, The Coterie will move back indoors to its mainstage in Crown Center for the world premiere of the new The SpongeBob Musical for Young Audiences. The ever-optimistic yellow sea sponge named SpongeBob shows everybody that he is not just a simple sponge by proving to one and all that optimism really can save the world.

Only One Day a Year
A world premiere commissioned by The Coterie
February 8 – March 6, 2022 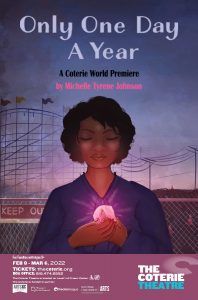 In February 2022, The Coterie will shine a spotlight on little known Kansas City history with the world premiere of Only One Day a Year, a new play commissioned by The Coterie. The show was written by Michelle Tyrene Johnson, a fourth generation KCK native and former KCUR reporter.

The performance intertwines present day with the last segregated days of Fairyland amusement park in Kansas City which, in the 1960s, allowed African Americans to enter only one day annually.

In March 2022, The Coterie will bring the highly anticipated musical adaptation of Pete the Cat to its mainstage. (The show was initially postponed in 2019.) With its Beach Boys-esque musical vibe and 60s feel, Pete the Cat will have everyone in the family strumming and strutting when the grooviest, guitar-slinging cat in town meets the Biddles family and rocks their world.

Next summer, The Coterie will produce the world premiere of the new musical, Alice’s Wonderland, adapted from Lewis Carroll’s classic story and featuring an original score inspired by hip-hop, pop, gospel, and contemporary musical theater. In Alice’s Wonderland, brilliant teen-coder Alice dreams of changing the world with her new video game, Wonderland. However, when a rabbit suddenly emerges from the screen and offers her an escape from reality, Alice takes the leap—and lands in her own virtual world.

Ticket information
Tickets for The Coterie’s special engagement of Electric Poe 2021 in Union Cemetery are on sale now. Tickets and group reservations for all shows in The Coterie’s 2021/2022 mainstage season go on sale today. Call The Coterie’s box office at 816.474.6552 or visit www.thecoterie.org.

Behind the Music: Talya Groves

All the World’s a Stage. Are You Dressed For It?