The most tragic holiday entertainment mistake that could be made this season would be choosing to see Disney’s Nutcracker and the Four Realms over experiencing the time-honored tale of The Nutcracker in the arms of the Kansas City Ballet. (Sorry, Walt.) And though Disney’s filmmakers made the genius choice to feature Kansas City-born Misty Copeland as the Ballerina, the on-screen iteration lacks what KCB delivers in spades: pure joy. 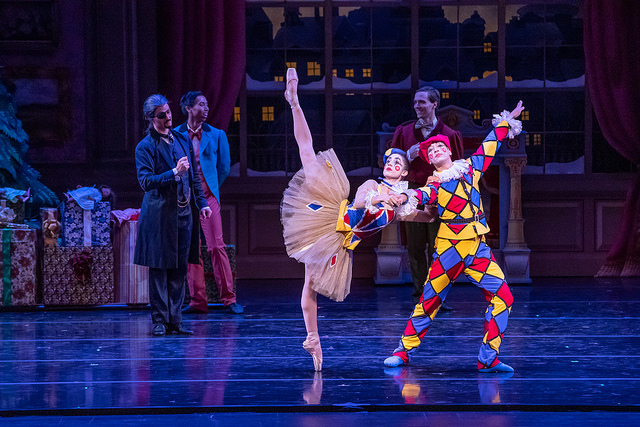 The basic story of the Nutcracker ballet travels with Uncle Drosselmeier as he delivers a series of Christmas dolls to his family, one of whom is the young Clara, who longs for adventure. To her, he gifts the Nutcracker. After the Silberhaus ball ends and all fall to bed, the magic happens.

When Clara sneaks into the grand room with the Christmas tree and gifts to retrieve her Nutcracker doll, Uncle Drosselmeier weaves a magical spell and the fairytale begins. The Nutcracker is transformed into the Prince as his prize, it seems, for defeating the Mouse King. Away he takes Clara to enjoy her Christmas adventure. 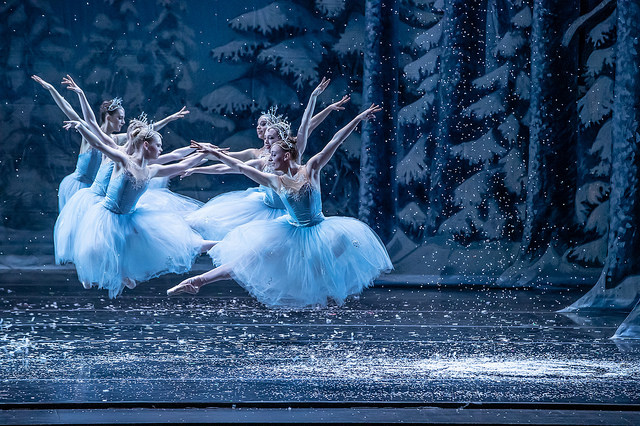 In its third year, the updated choreography by artistic director Devon Carney continues to triumph and grow in popularity. It is the kind of rendition that both observes tradition and throws it to the wind.

Any romance between Clara and the Nutcracker Prince is drastically softened and allows him to be her guide, a confidant, a protector. Smart distinctions, such as casting Clara with a girl, rather than an adult, and keeping her off-pointe will nod to traditionalists.

But this is a modern interpretation. Drosselmeier is the central figure, weaving throughout both Act I and II, and dancing the Overture with the flourish of his grand cape.

There is nothing in the world like joyous innocence, and The Nutcracker with its modishness, color, and glittering enchantment arouses it in the child and child-at-heart. It is bristling with sentiment and detail. Every step, every lift, every line choreographed and danced with genius and prowess.

Even for the patron who knows nothing of pas de deux, cares nothing of the difference between Ivanov, Petipa, or Balanchine, recognizes the Trepak but doesn’t know its name, KCB’s The Nutcracker is spirited, fun, and deliciously wonderful. It embodies both the present and nostalgia of the holidays.

Drosselmeier sets the tone with his Charlie Chaplin-esque delivery and allows for some moments to get downright silly. Watch out for those rats! 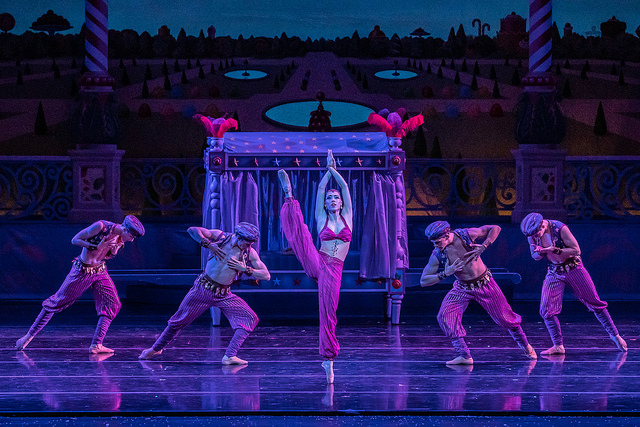 Everyone knows The Dance of the Sugarplum Fairy and anticipates the pas de deux with Tchaikovsky’s celesta, but because of the Béjart influence, The Arabian dance becomes most memorable, in part because it feels a little steamy for the babies. This idea of having two partners, of slowing the music ever so, really focusing in on the fire of their figures and it’s riveting. Every other dance is so light and stimulates the imagination. Arabia is all sensuality and the dance disappears behind the flames.

Unfortunately, it is a stark contrast to the Tea dance of China that follows. Suddenly, our trip to China feels cartoonish and inauthentic. It is well-performed, just out-of-place. 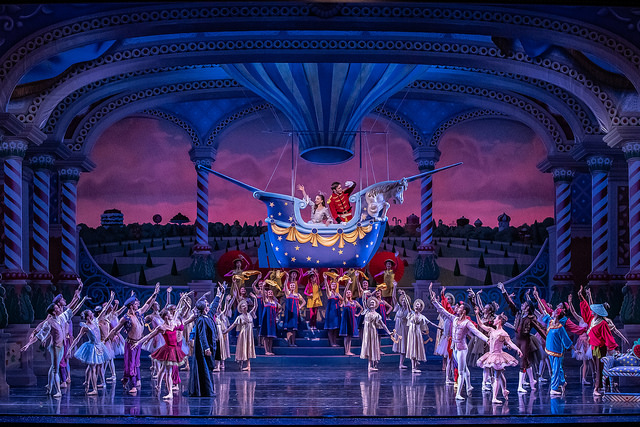 With all the extraordinary staging (they really make that Christmas tree grow to huge heights!) and oooohhs and aaaahhs at what seems like real magic, the Kansas City Ballet offers a version of The Nutcracker that serves our community with spirit and style.

The Nutcracker plays now through December 23.

This Weekend in Kansas City: October 14-16