KC Rep’s annual performance of A Christmas Carol is—once again—hitting the stage on November 16th. This classic tale by Charles Dickens is a fan favorite every holiday season. With so many performances under their belt, we figured it would make the perfect addition to our inane “By The Numbers” query.

We quizzed Thaylia Smith, design/publications specialist at the Kansas City Repertory Theatre for the 411. She went way back in to the Wayback Machine for some of these answers.

How long did it take for Dickens to pen A Christmas Carol: 6 weeks. Legend has it, when he finished it, he underlined “The End” three times and then went off to celebrate Christmas as never before.

How many characters did Dickens play in his public-reading version of A Christmas Carol: 23 different characters! The Crachit dinner was the emotional peak in his performance.

Number of people who have attended the show over the years: Over 18,000 per year—for a grand total of over 685,000 showgoers!

How many seasons has actor Gary Neal appeared in A Christmas Carol as Ebenezer Scrooge: 18—every year since 2000. Well, minus 2009 because ACC was not produced that year.

Weight of heaviest costume: 50+ pounds for the Ghost of Christmas Present ensemble.

Average number of costume changes per night: Over 130 costumes are swapped out each performance.

Yards of crushed green velvet it takes to construct the Ghost of Christmas Present costume: 20 yards.

Number of actors who appear in each performance: 24 in the adult cast, 24 in the children’s cast. 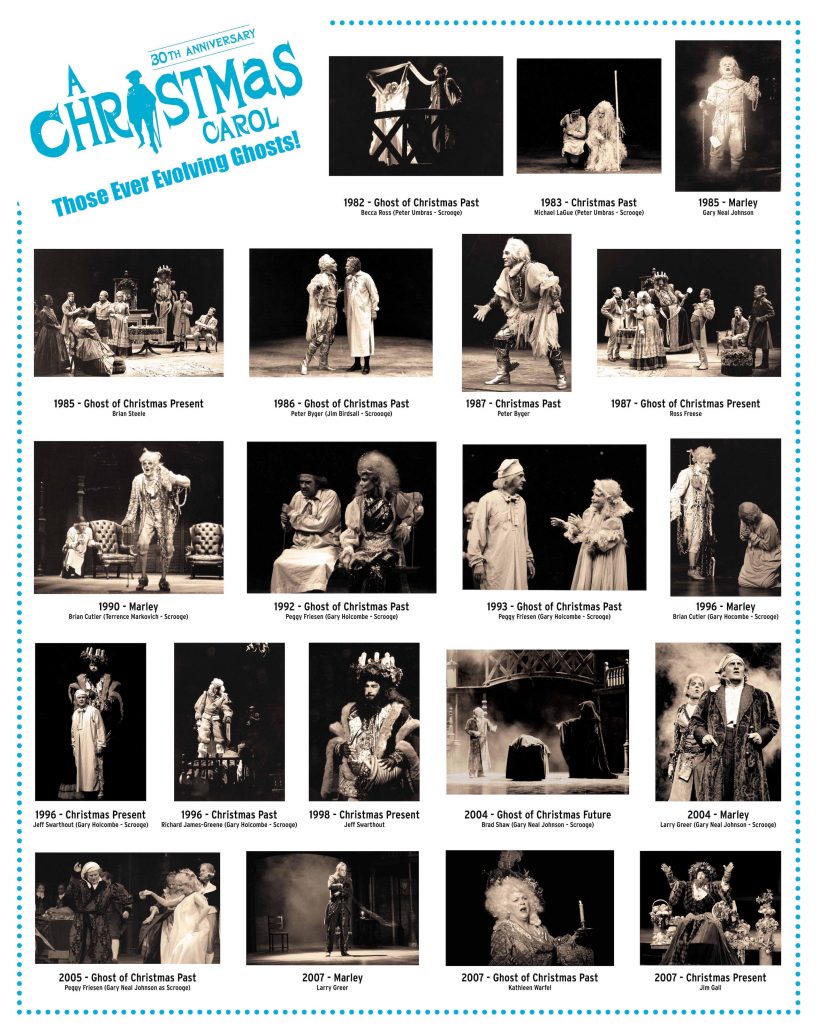 How many times has the caped coat that Scrooge wears been used: In all 37 seasons of A Christmas Carol. He’s worn it in every performance of every production—including the upcoming 38th season.