Nsk! Nsk! Nsk! Nsk! Those are the undeniable beats emanating from nearly any DJ booth across the country. But for one local company, they’re elevating the idea of said DJ booth and turning it into a futuristic work of art. We sat down with owner Dick Jobe of Machine Head to find out how their one-of-a-kind design is about to revolutionize the nation’s club scene. 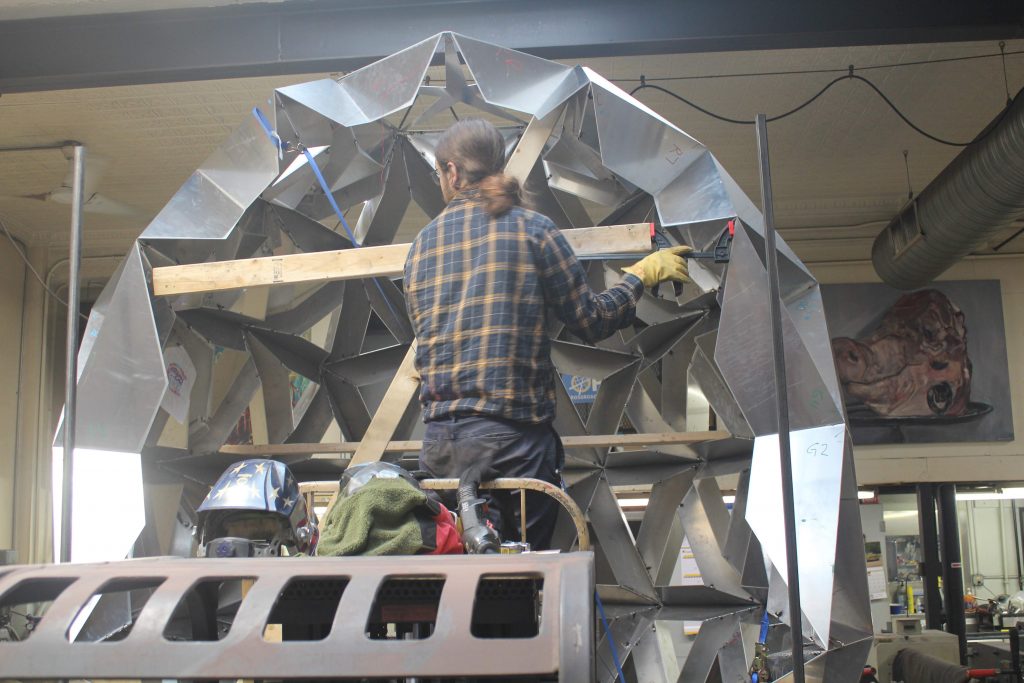 Wait? What? You’re creating a 14-foot aluminum, origami DJ booth? How did this all come about?
“We originally bid this project almost three years ago when it was in the concept stage—and we were given the job three months ago. Machine Head has a reputation for taking on difficult projects and this DJ booth is no exception. We were given design concept drawings and had to re-draw—in 3D—the shop drawings so we could have drawings to build with. We also had to re-size the egg to fit in their space—a very time consuming task.” 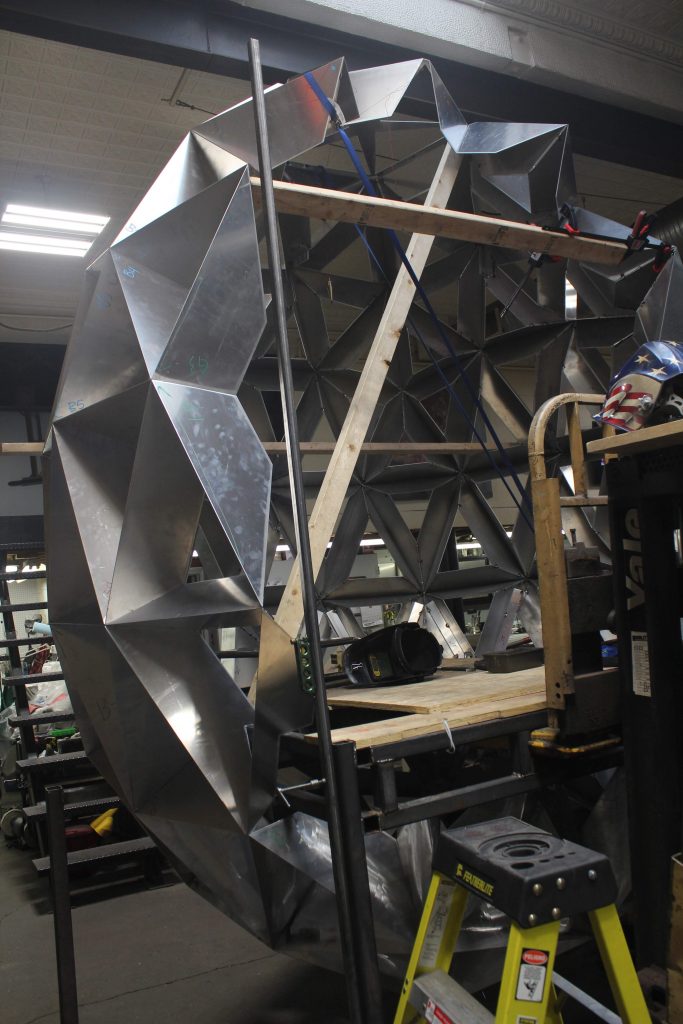 I heard the architects shopped far and wide to find someone brave enough to create this. What made you say yes to an origami pattern?
“The origami pattern was in the design concept and we embraced it. However, it was not without its challenges. There are 216 triangular components with five different shapes along with a multitude of brackets and gussets. The ‘egg’ will be lit with LED’s and frosted acrylic panels.”

Where will it eventually end up?
“The structure has to disassemble into five parts and each part gets its own shipping container. It’s headed to Aspen, Colorado. We will meet the truck in Aspen and begin the installation process. Hopefully, we will have a little time in Colorado to relax before coming back to KC and beginning our next project!” 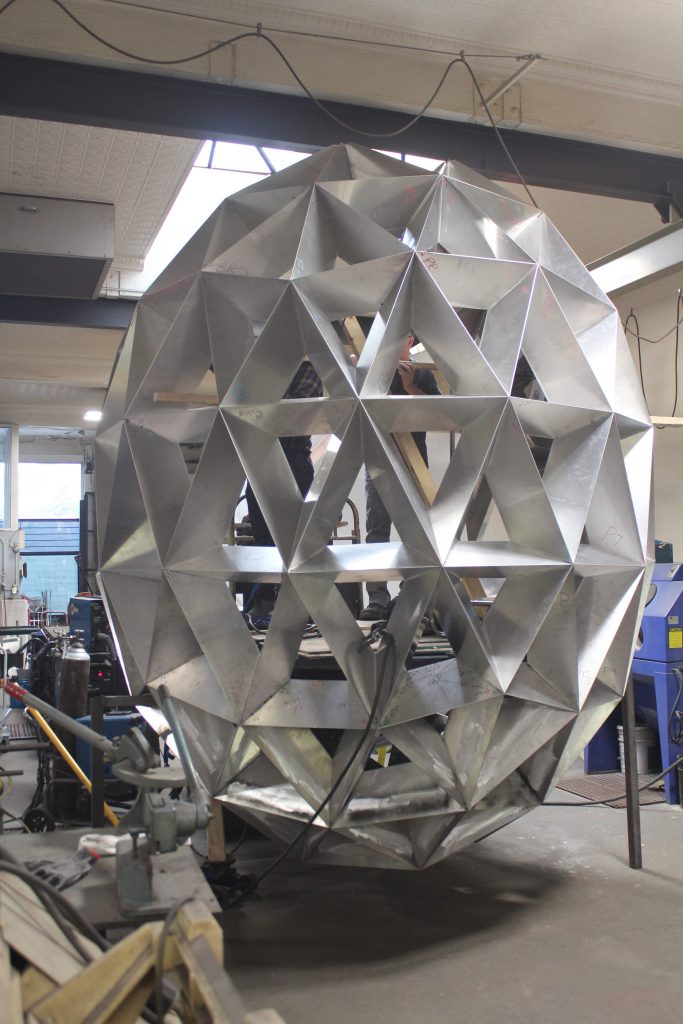 Are you guys insane—or just up to tackling any project?
“This was a very ambitious project and, yes, we are a little crazy building such a behemoth structure.”

What do people need to know about Machine Head? Tell me a little bit about the company, please.
“Machine Head is a 20-year old company specializing in art-metal fabrication. We employ artists with various skills and talents and are able blend them into our overall process. We work with most metals and fabricate, weld, cut, and form the metal to shape. With a full machine shop in-house, we can control all phases of the build process. We work with architects, artists, and galleries, as well as various businesses in Kansas City—as well as other artists and companies across the country.” 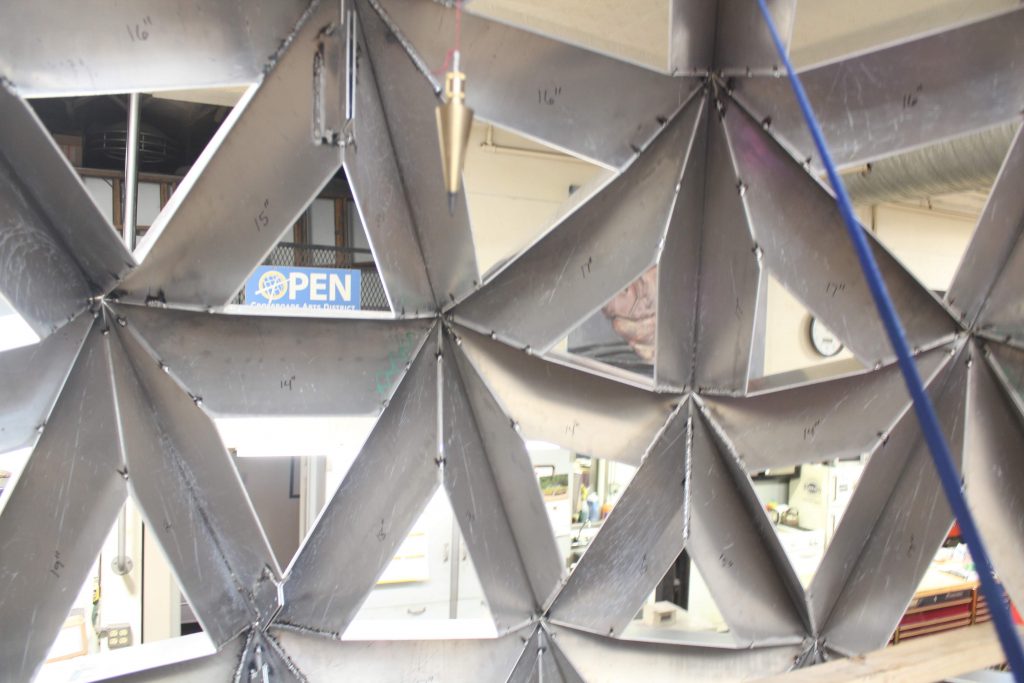 ‘Fess up—are you going clubbing in Colorado once your handiwork is installed?
“Well, it’s still a month and a half or so from being done. It’s a big ol’ thing. The rooms at this club are $1,000 a night and up. The job supervisor would love to have an event there, so hopefully we can go. Some of us old guys used to go clubbing, but a lot of the younger people just want to go to the dispensary. Of course, that might go for some of us older guys too. Anything goes, I guess.”