When songstress Nicole Springer starting noodling the idea of potentially creating a new band, she didn’t have to look far for her performing partner-in-crime. Her wife Bethany Cain was both musically inclined and a willing participant. Now the two have created a new “surfy soul-pop duo”—a dream team who calls themselves Electric Sundae. (More on that name in a minute.)

We caught up with the wife-wife duo—and one of KC’s only queer-centric married bandmates—to find out how they’re making beautiful music together.

Give me a little backstory on both of your musical history/backgrounds, please.
Cain: “I started playing guitar when I was 16 because I wanted to write songs about science fiction. I world traveled for a while and discovered a ukulele was a better travel instrument, so I switched and have played for 16 years now, very casually, mainly to an audience of cats.”

Springer: “And while Beth was being cool writing songs about Mulder and Scully, I got my start singing in pageants, family weddings, and funerals, talent shows, local singing groups and church choir. It wasn’t until my mid-20s that I started songwriting and teaching myself guitar. then much like singing, I couldn’t seem to stop myself from doing it. I love making music so much.”

Who had the bright idea to team up? And why?
Springer: “That would be me! I had been begging Beth for years to start a band with me but she’s always been on the more reserved side with her music—compared to me anyway. I just knew we could make magic happen if her heart were open to it. So, this year for my birthday I requested a jam session with her as my gift and what do you know? The gift gave us a new passion—and a band!”

I’m a fan of the name Electric Sundae. But where the heck did it come from?
Cain: “It was inspired partly by the band name Hot Sundae, from the classic Saved By The Bell episode where Jesse gets a little too excited. The electric part comes from Electric Park, which was a Kansas City amusement park first built by the Heim brothers in 1899.”

What genre(s) of music should we expect? Influences?
Springer: “It’s an interesting mesh of sounds that represent us both. Beth considers her sound to be ‘lounge-y’ and I would say my sound tends to be ‘soulful.’ So with the two combined, we have ended up with this Motown gospel-pop sound that makes complete sense to who we are.”

Cain: “As far as influences, I would live inside of Paul Simon’s Graceland album if I could. I grew up listening to the oldies station sitting on the bucket seat of my parent’s Bronco, with my dad driving back roads, windows down, grooving to Motown, The Beach Boys, John Denver, The Beatles, Billy Joel, etc.”

Springer: “Haim is a huge influence on my vocal melodies. Janis Joplin, Whitney Houston, Alanis, and Mariah Carey all find their way into some of my vocal stylings too. Gospel definitely comes into play as well.” 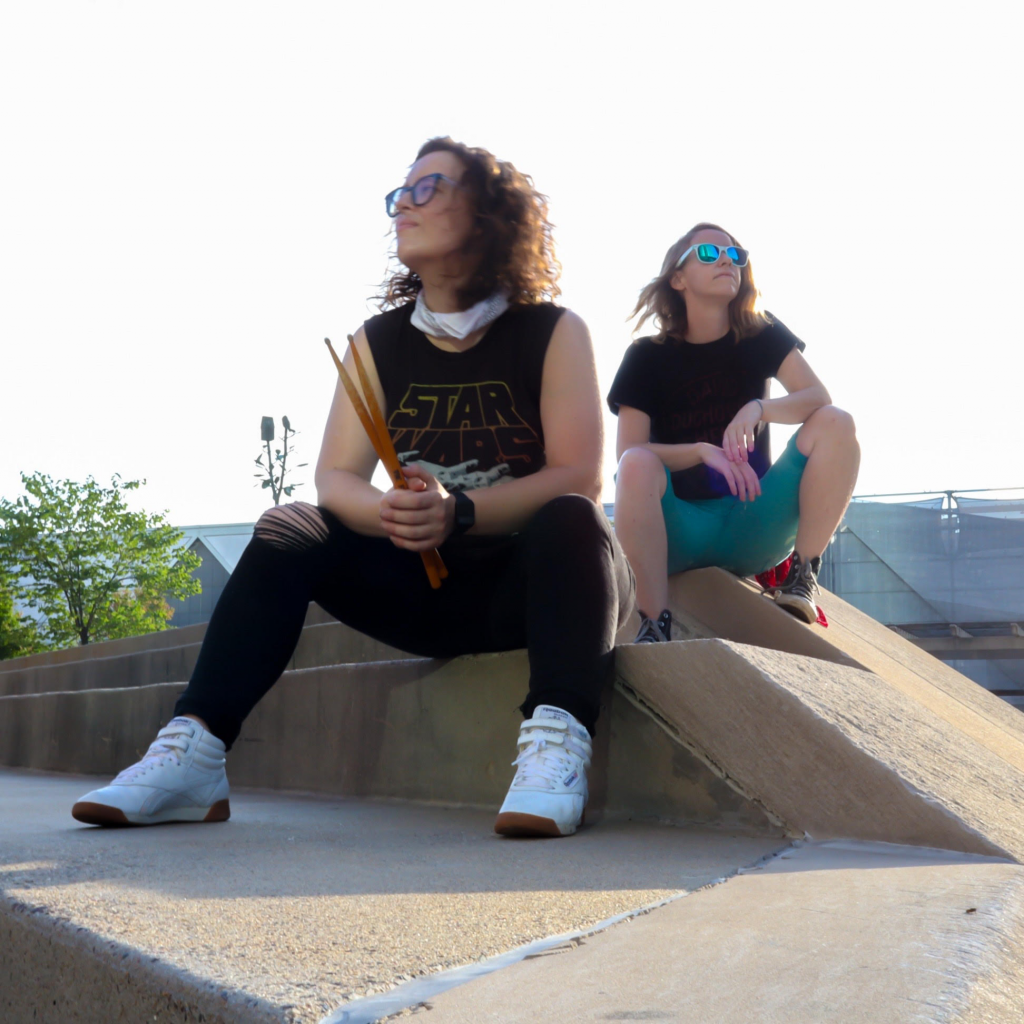 I feel like y’all just sit around and harmonize all day. Is that accurate?
Springer: “As Debbie Gibson once sang: ‘Only in my dreams.’ However, we do like to badly harmonize together as a way to amuse ourselves, and it’s very entertaining. But I promise the harmonies in the band are totally on point.”

What’s the best and/or worst part about being in a band with your wife?
Cain: “I’ve always wanted to perform, but I was never confident in my vocal ability. With Nicole, who happens to be an incredible singer and my wife, I can just play and she gets to do her thing. We can practice any time with no judgement, just fun.”

Springer: “I have yet to find a bad part of being with Beth in over six years, so to be in a band with her now is simply the best. It’s like a dream come true.”

Is there one song you steadfastly refuse to sing as a duo?
Springer: “Beth truly hates the song Fireflies by Owl City. Like, she loathes it entirely—so definitely not singing that one. And you can just keep me as far away from Nickelback as possible.

And finally, is there one song that you both know you can absolutely crush onstage?
Cain: I Wanna Dance with Somebody by Whitney Houston!

Five Things You Don’t Know About Me: Singer Nicole Springer