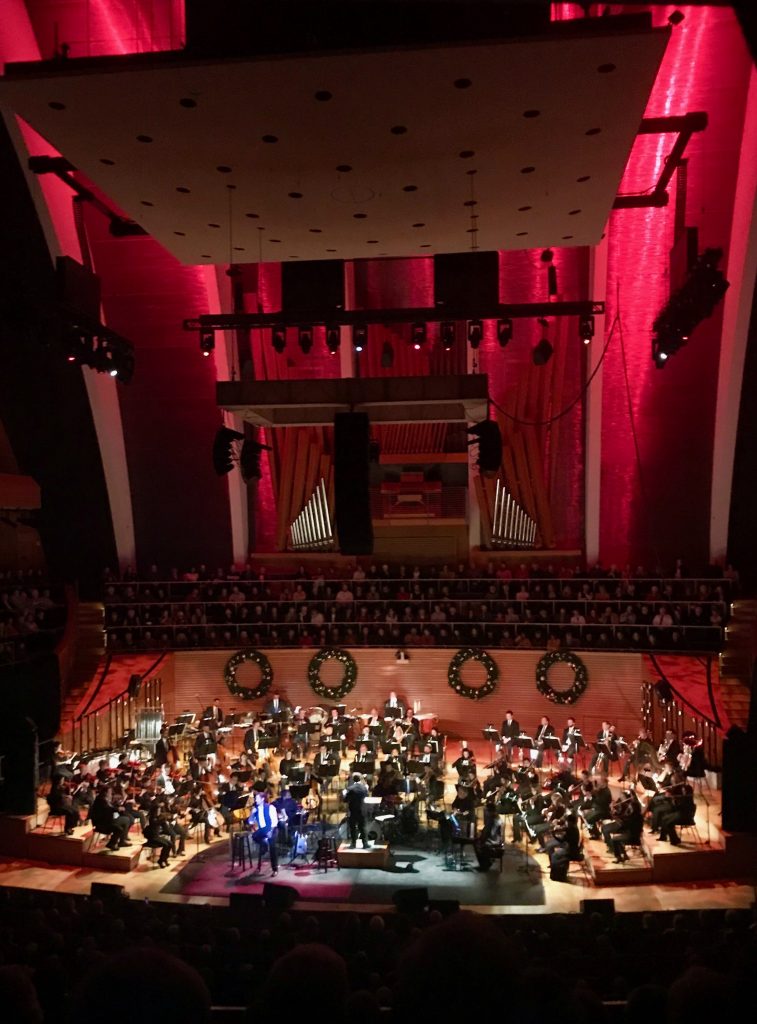 The fog that enveloped Kansas City on Friday night wasn’t a hindrance to the sold-out crowd at Helzberg Hall as the The Texas Tenors strode out onto the stage.

With four Christmas wreaths perched behind the percussion section and snowflake projections to set the right holiday mood, it was the fourth performance with the Kansas City Symphony for the group, which soared to stardom after appearing on America’s Got Talent in 2009. Despite the fourth-place finish (who was better than these guys again?), they have become by far one of the most popular acts to ever be on the show. They return to NBC on January 7th for America’s Got Talent: The Champions—one of ten American acts chosen out of fifty worldwide. 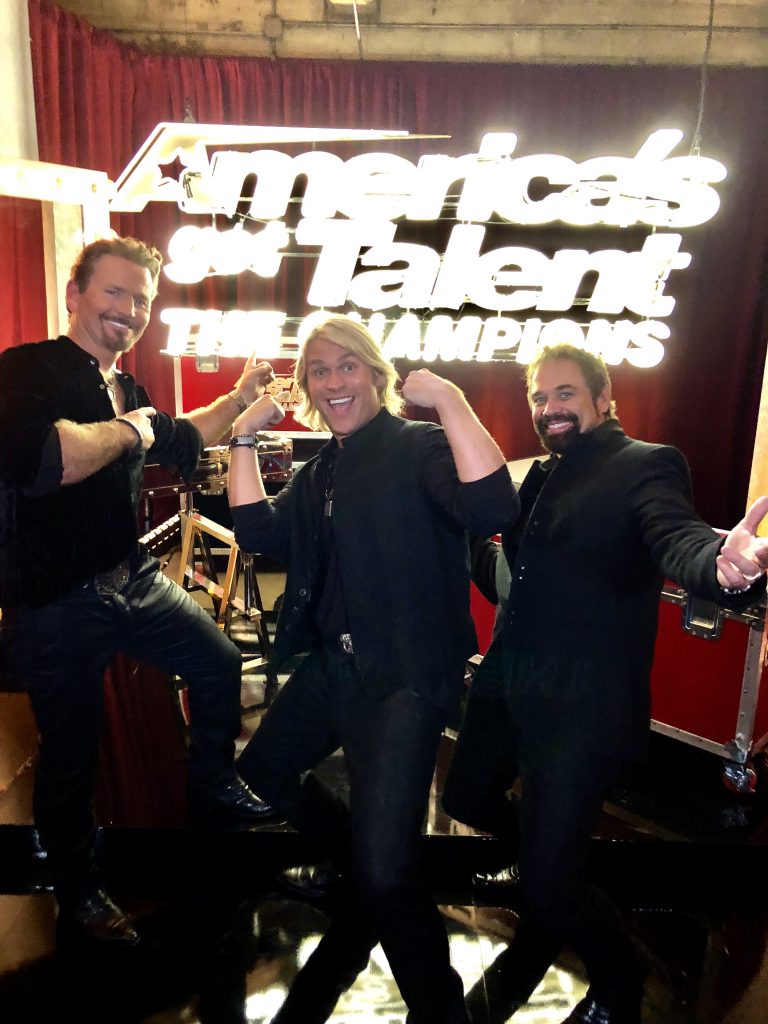 It was a home game for “The Romantic Tenor,” JC Fisher, who resides in Shawnee, and for Kansas City’s John Hagen, who referred to himself as “The Tenor” to laughter and applause. Hagen, the classically trained opera singer who formerly taught at Northern Iowa, and Fisher, who graduated from Wichita State, were joined nearly ten years ago by Marcus Collins. He’s known as “The Contemporary Tenor”—who sings in a pop-ready range that gives the group flexibility to morph into any kind of style they please.

And really, that’s what The Texas Tenors were showcasing at the Kauffman Center. While they did sing their share of holiday favorites, it wasn’t a Christmas show exclusively so much as it was an amalgamation of all their vocal capabilities. They began the evening with an up-tempo version of O Come, All Ye Faithful, and then each took a verse of Amazing Grace before blending their voices beautifully with Hagen’s own arrangements. 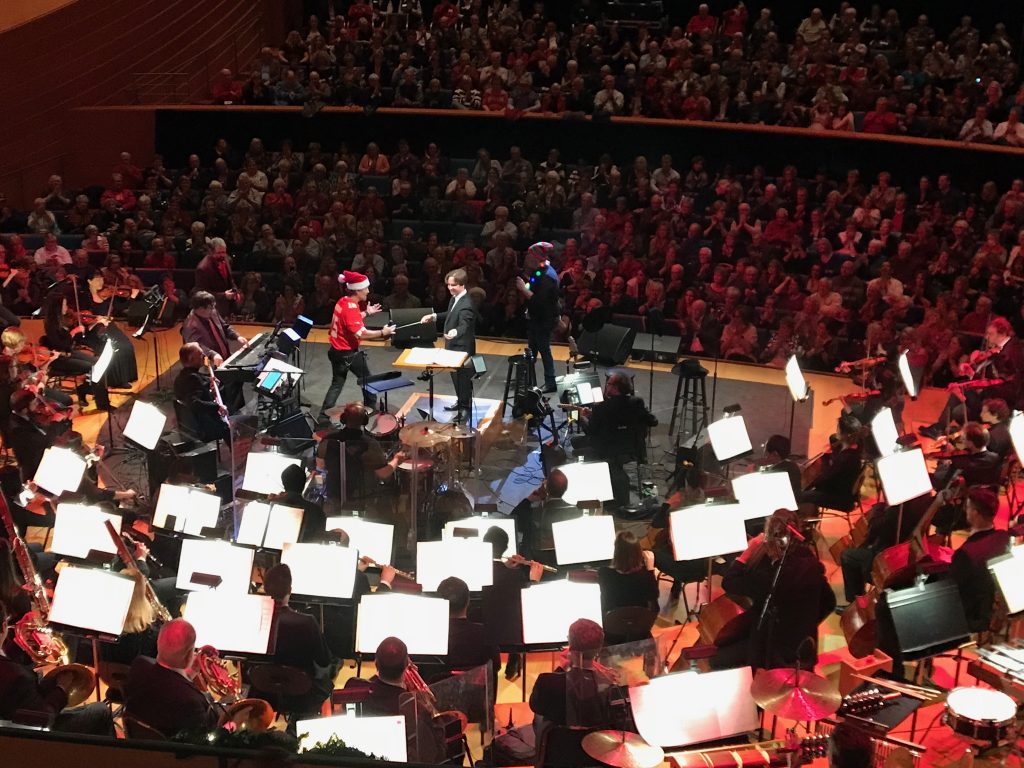 Those rich harmonizations continued with Believe, and with the title track of their 2017 album, Rise, which was also the name of their second (and most recent) PBS special. Rise was written by Jennifer Hanson, the daughter of Larry Hanson, who plays bass and acoustic guitar in The Texas Tenors’ backing band, known as the 3 Bottle Band. In the instances where the rhythm section takes center stage, it’s easy for the strings to get lost in the shuffle in a song with pop flavor like Rise, and that was sort of the case here. But the balance between their band and the orchestra was otherwise fairly solid throughout. 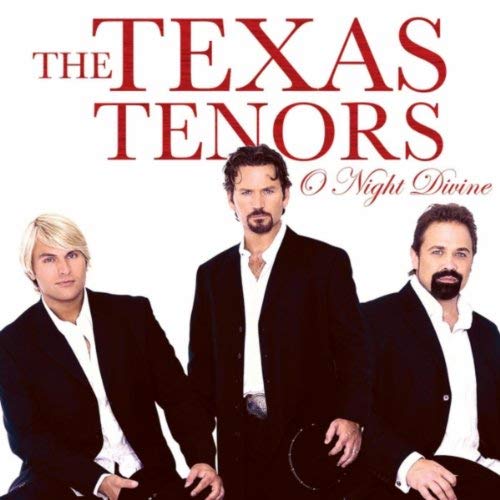 The final three songs of the first half were indicative of the eclectic mix of selections that The Texas Tenors included in their set. Everyone in the packed hall spontaneously stood up during the first bars of a rousing rendition of Lee Greenwood’s God Bless the U.S.A., and they were then treated to the modern carol Mary, Did You Know? It’s the strongest arrangement on their Christmas album, O Night Divine, and on this occasion it was no different. Before intermission, The Texas Tenors brought their soulful side with their version of The Righteous Brothers classic You’ve Lost That Lovin’ Feelin’, which also can be found on the Rise album. Through the magic of technology, as the guys said, they were able to be helped by the great Bill Medley on background vocals. 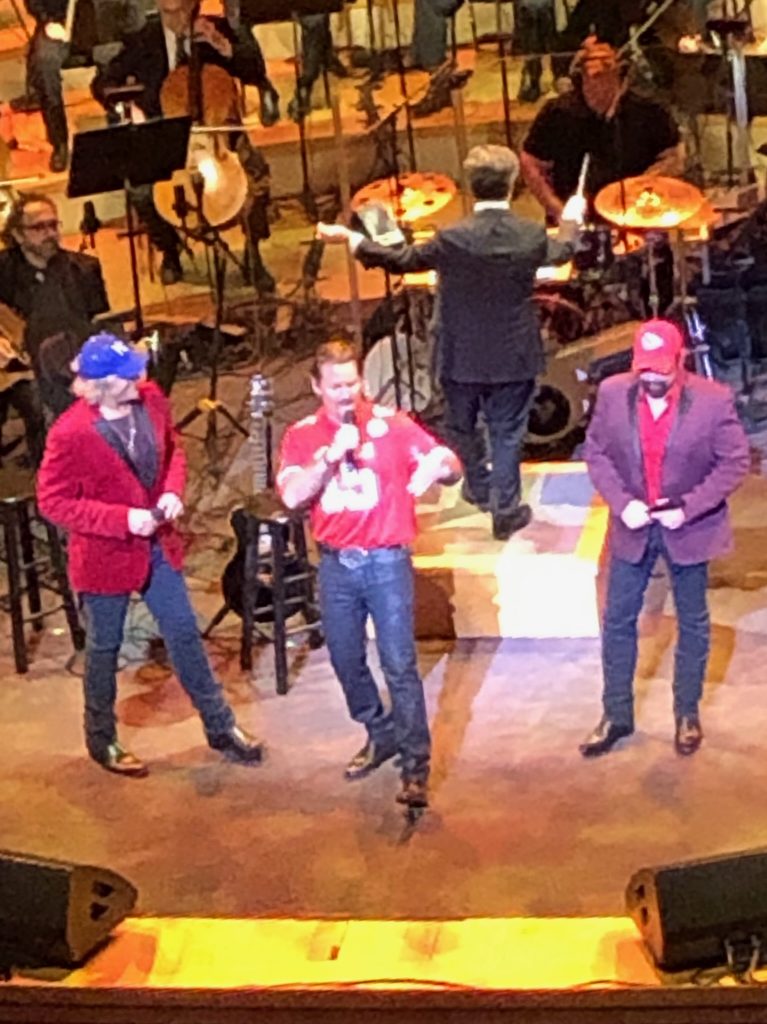 Always engaging with the audience, the second half was filled with playful interaction. Fisher won the prize for the most dramatic and crowd-pleasing wardrobe change when he took off a red sweater to reveal a Patrick Mahomes jersey, changing the lyrics to ’O Sole Mioto reflect his admiration for the Chiefs’ star quarterback.

One of the things The Texas Tenors try to do is give each member his opportunity to shine. Collins made the most of his solo by singing the Wham! song Last Christmas, made only more appropriate by the fact that he impersonated George Michael, one of his idols, in the 2007 reality competition The Next Best Thing: Who is the Greatest Celebrity Impersonator? Aided by some expert crowd work and selfie-snapping in the front rows, Collins stopped in the middle of Last Christmas to make a salient point: “Is this just the saddest song you’ve ever heard?”

The symphony also performed two pieces without the Tenors under the direction of Conner Covington, the young up-and-coming associate conductor of the Utah Symphony who’s no stranger to the area as a former cover conductor with the Kansas City Symphony. They opened the show with Leroy Anderson’s enduring medley of carols, Christmas Festival, and they later played Anderson’s most famous composition, the holiday standard Sleigh Ride.

The Texas Tenors closed their two-hour sold out performance in the only way that made sense. When you’ve got voices like theirs, you either go big or go home, and they effortlessly hit the higher registers for O Holy Night. As an encore, they then led a sing-along of Joy to the World before they sent everyone back into the foggy night.