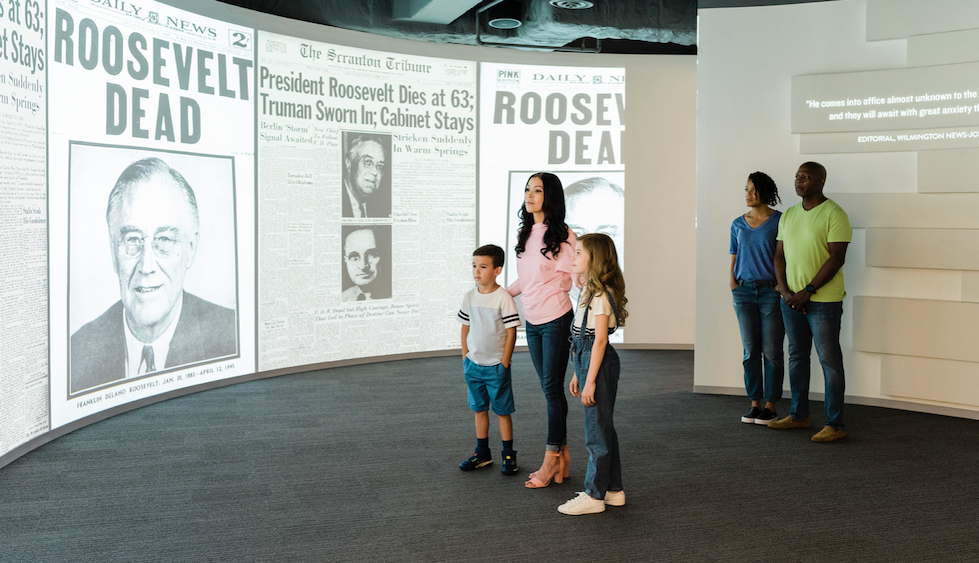 Right before the 4th of July holiday, the Harry S. Truman Presidential Library and Museum reopened its doors following a two-year, $29 million museum renovation. The transformation is nothing short of astounding. Smithsonian Magazine, the Washington Post and more than 500 other news outlets nationwide have chimed in about the remodel.

We chatted up Alex Burden, executive director of the Truman Library Institute to find out about all the recent accolades and why you need to put it on your must-see summer to-do list. 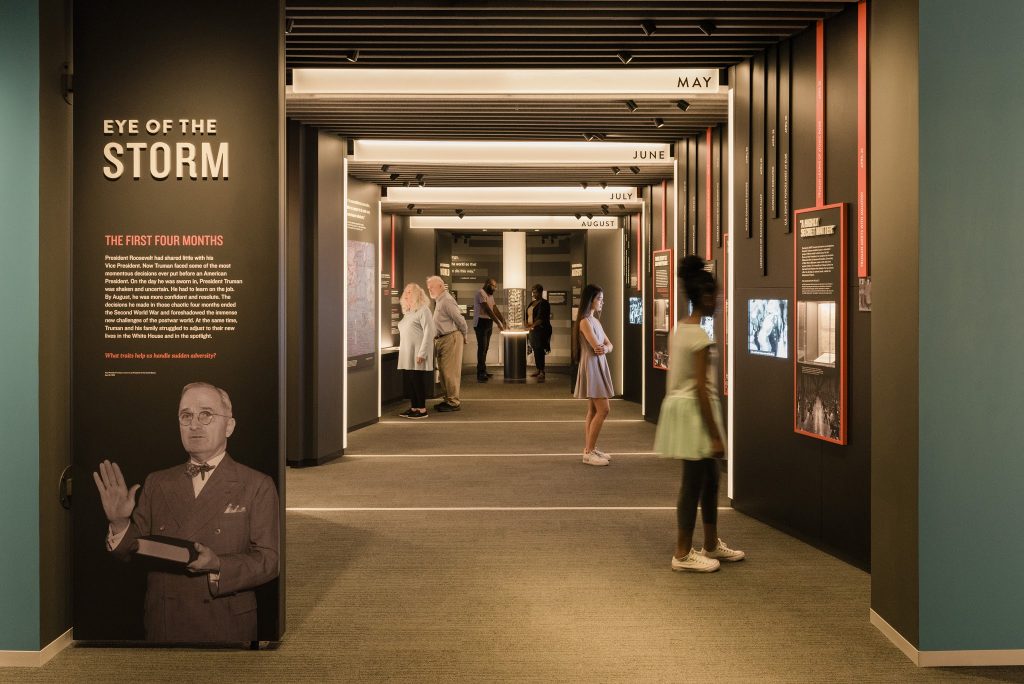 It’s been a two-year process, but the Harry S. Truman Presidential Library and Museum is revamped and renovated. What can visitors expect?
“The all-new presidential museum features a stunning new lobby, 13 galleries, three immersive theaters and four fast history films (Recognition of Israel, Civil Rights, 1948 Whistle Stop Campaign and Korean War). Besides these films, there are—for the first time ever—dozens of interactive exhibits, share digitized audiovisual clips, photographs, and documents from the collections of the Truman Library and National Archives in Washington. 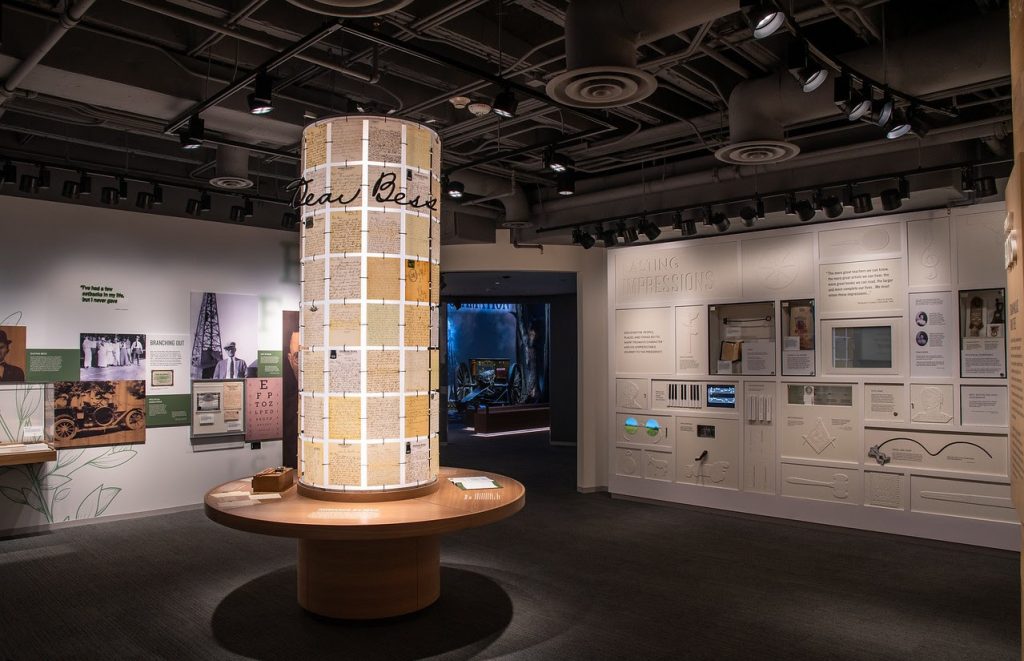 What was it like doing a bulk of the work in the middle of a pandemic?
“The pandemic impacted the Truman Library Institute and our project significantly—as it unfortunately did to so many lives, businesses, and institutions. Originally, we’d planned on commemorating the 75th anniversary of the start of Truman’s presidency on April 12, 2020 with a series of events in Independence, Kansas City, and Washington D.C.

Covid forced us to cancel these plans and quickly develop and deploy a suite of livestreamed events and social-media campaigns in recognition of this anniversary. The pandemic also negatively affected our fundraising but not as significantly as we first expected.

The pandemic created a series of interconnected supply chain issues that caught up to us during the Fall of 2020. Stone imported from Italy for the walls in the Truman and Israel gallery were delayed. Securing the necessary audio/visual materials from the National Archives collection became almost impossible with the Archives closed. Combined, the pandemic probably delayed our reopening by six months.” 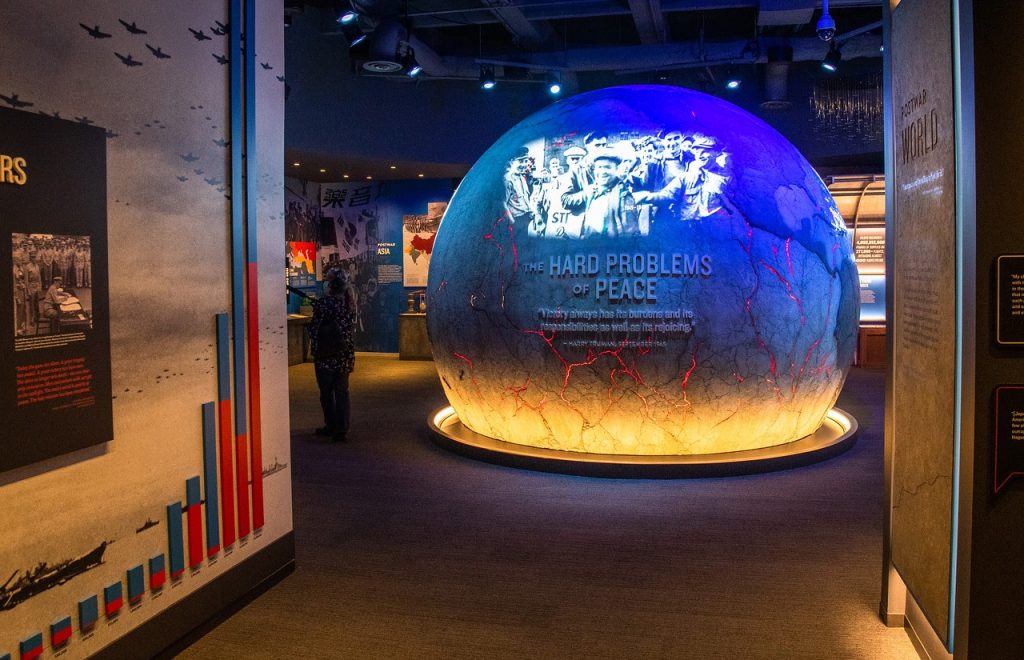 Any problem-tunities along the way? Or happy accidents?
Once JE Dunn began its work in the library, we encountered a number of unforeseen and significant problems in the building that needed to be repaired. The Truman Library Institute spent nearly $2 million addressing these issues.

Fortunately, our funding community recognized the importance of what we were doing. They stepped up with the funding support necessary. Subsequently and fortuitously, Senator Roy Blunt helped us recoup these funds when he secured a special federal appropriation in the amount of $2 million for the Truman Library. These funds are being used to renovate the Truman Library’s public spaces, including the meeting rooms and auditorium. There was a happy outcome to the issue.

Plus, we were especially concerned about ensuring that the Thomas Hart Benton mural at the library—Independence and the Opening of the West—made it through unscathed. Which, thankfully, it did.” 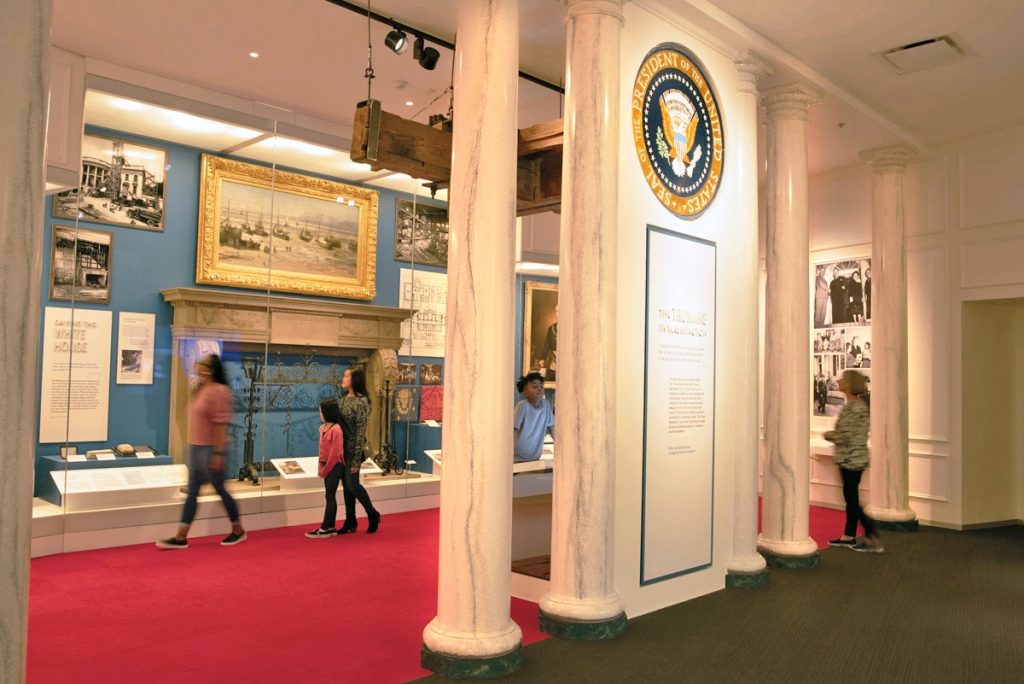 What are some of the highlights of the renovation?
“Expect a significantly improved visitor experience. A few examples include: 1) more convenient parking, signage, and placement of restrooms. 2) less confusing flow through the museum’s public spaces as well as the exhibition itself (significant and strategic improvement) and 3) all of the main attractions at the Truman Library are now directly and easily connected—the main exhibition, the courtyard and gravesites and the Truman Working Office.

The new Truman exhibition includes a number of special features and elements that are noteworthy. A few examples include: 1) there is now one comprehensive Truman exhibition on the main floor. The old Truman exhibit was split between two stories, 2) there are significantly more artifacts in the new exhibit. And 3) there’s an added focus on several important aspects of Truman’s life and presidency including his World War I service, the Recognition of Israel, Civil Rights, and the Korean War.

Also, there’s also a new, expanded focus on Truman’s personal life, his wife, Bess, and daughter, Margaret. Combined with the audiovisual materials, these areas of the exhibition help humanize Truman and personalize him and the presidency.” 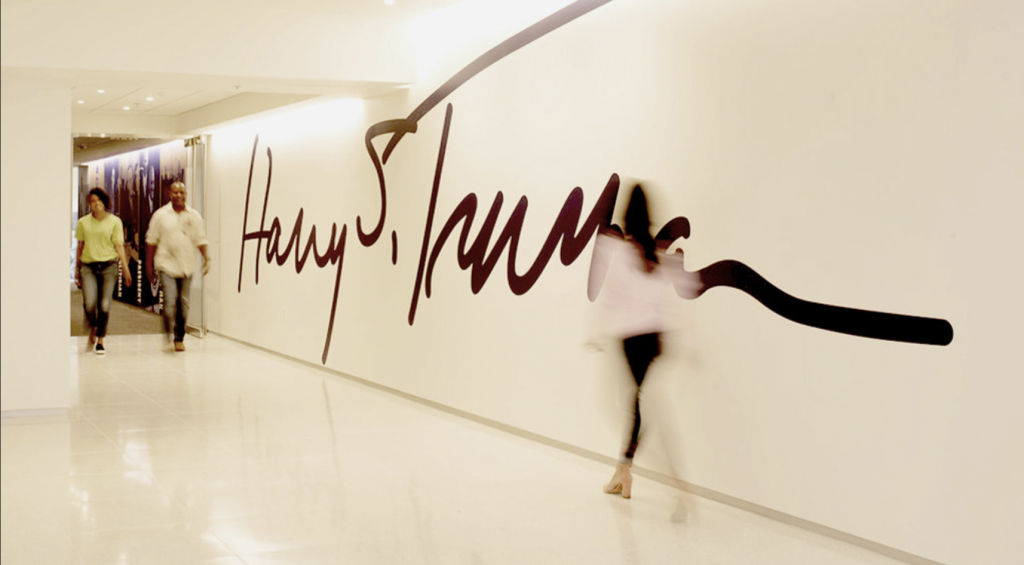 What has word on the street been about the new exhibition? What’s the buzz?
“One of the best quotes is from Patrick Gallagher, the president and founder of Gallagher & Associates, the consulting firm that designed our project. He states, ‘The Truman exhibition raises the bar and sets a new standard for presidential libraries.’”