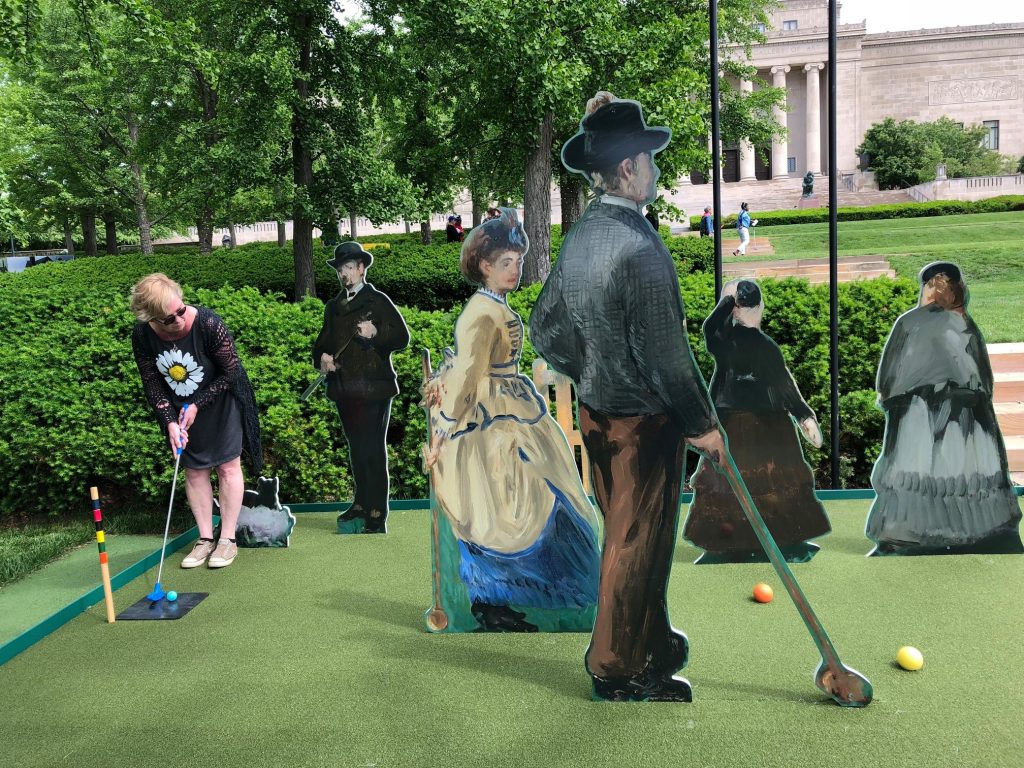 It’s been a minute, but the popular art-themed miniature golf course nestled into the trees on the south lawn of The Nelson-Atkins Museum of Art will mercifully reopen March 19.

Paying Tribute to NLBM and the Kansas City Monarchs
If you’re not familiar, each of the nine holes on the course features a work of art inside the museum. This year, the aptly named Art Course introduces a new hole based on a favorite piece, Radcliffe Bailey’s Mound Magician, in the museum’s contemporary galleries. The hole, designed by artist Sierra Swift and fabricated by Dimensional Innovations, pays tribute to the Kansas City Monarchs and the 100th anniversary of the Negro Leagues. “When we opened Art Course in (May) 2019, we were delighted that multigenerational families often played the course, then stepped inside the museum to find the original works of art,” says CEO Julián Zugazagoitia.

Originally, nine hole designs were selected from 75 proposals from students, architects, designers, and others. This year, the new hole—“Eyy Putter Putter”—pays tribute to a baseball diamond. At the center of the work is the number “25,” which belonged to Satchel Paige, the pitcher who led the Kansas City Monarchs to five Negro League pennants. Paige joined the major leagues and was the first player from the Negro Leagues to be elected to the National Baseball Hall of Fame. “Mound Magician is a stunning and aptly named work of art in tribute to the legendary Leroy ‘Satchel’ Paige, arguably the greatest pitcher the game has seen,” says Bob Kendrick, president of the Negro Leagues Baseball Museum. 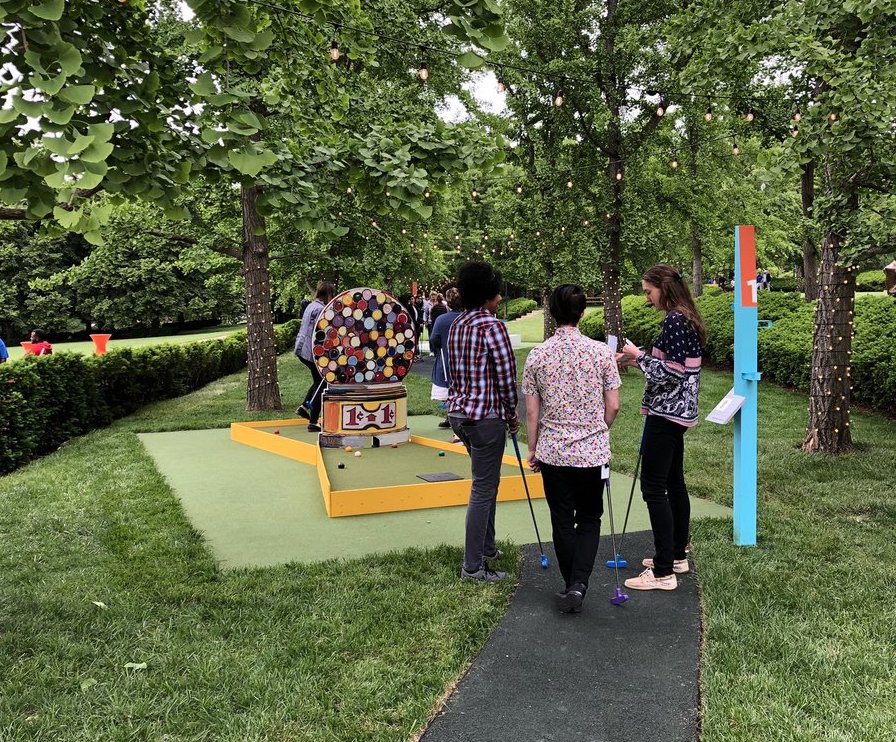 When Art Course opens to the general public March 19, the public can reserve tickets on the museum’s website, www.nelson-atkins.org. Heads-up—capacity of the outdoor experience will be reduced by 50% and enhanced sanitation will be added for shared equipment. Cost is $16 per person, or $12 per person for members. It will close to the public on October 24.

Net Gain: A Small Version of KC’s Shuttlecocks Can Provide a Lift