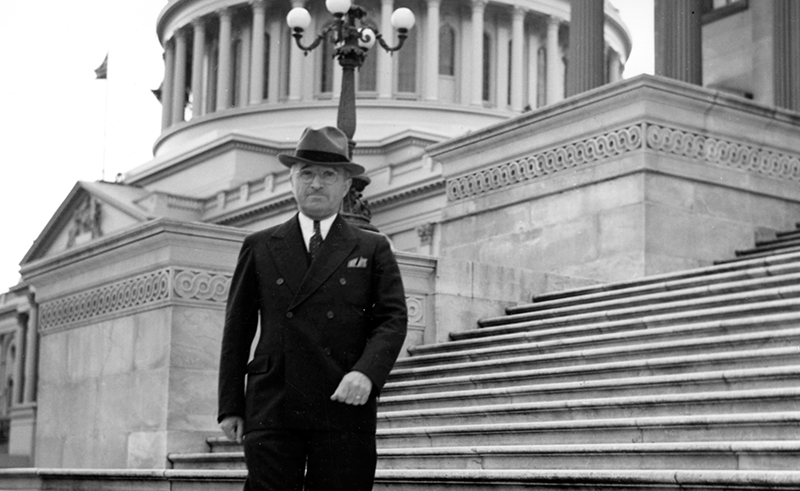 Planning a trip to Washington D.C. after September 29? Make sure you reserve your spot for a tour of the U.S. Capitol Building and pay close attention to the statues in the Capitol Rotunda. A bronze statue of President Harry S. Truman, the 33rd U.S. president who called Independence, Missouri, home, will be the tenth U.S. presidential statue to be unveiled in the rotunda.

Ranked among the greatest presidents in the United States, Truman’s statue will be one of Missouri’s two statues in the U.S. Capitol’s National Statuary Hall Collection, which is comprised of two statues from each state. 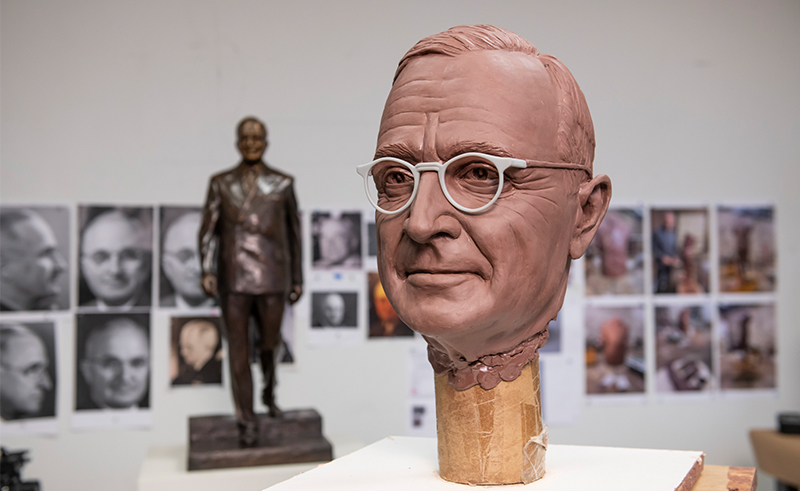 “President Truman may be remembered largely in black and white, but he is a 21st century standard for presidential leadership and public service. His story is our story, America’s story,” says Alex Burden, executive director of the Truman Library Institute, which raised $400,000 to create and install the sculpture. “Inheriting a global catastrophe after World War II, Truman shouldered the burden of leadership in a rudderless world with remarkable courage, integrity, and humility. That’s why it’s a tremendous honor to lead this effort to bring Truman back to Washington more than 75 years since he boldly led our nation through some of the most dramatic and consequential chapters in America’s history.”

Sculpted by Tom Corbin—who has bronze sculptures in over 22 showrooms and galleries around the world—the Truman statue joins Missouri’s other statue of Francis Preston Blair, a Missouri statesman who prevented the state from joining the Confederacy during the Civil War. The sculpture of Truman replaces the 1899 marble statue of artist Thomas Hart Benton, which you can still visit at the State Historical Society Art Gallery in Columbia, Missouri. 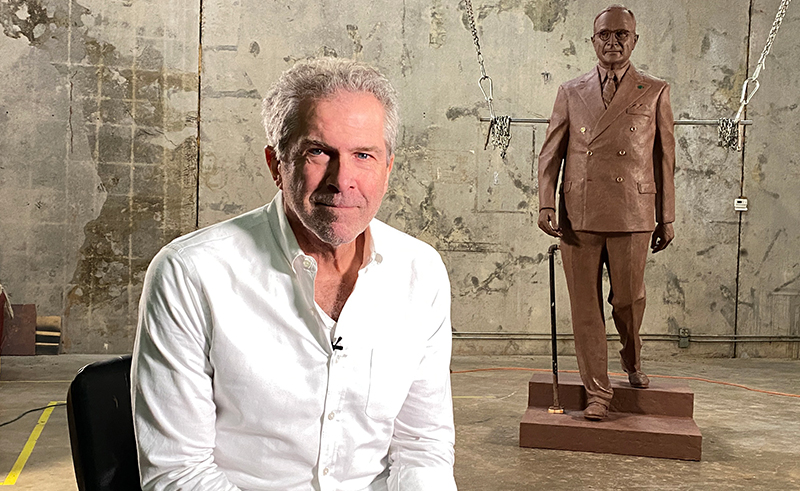 “Truman was a vigorous man who seemed to always be in motion,” says Corbin. “In contrast to many other statues at the Capitol that feel static and unapproachable, Truman is uniquely portrayed descending steps—as if he’s walking down the stairs of the Capitol or the White House—with a confident, open, and welcoming quality.”