With four generations of architectural-metal knowledge and know-how, Kansas City’s own A. Zahner Company has been perfecting their craft for well over a century. Known for their attention to detail, the company’s complex metalworks and artistic designs have helped put them on the proverbial architecture map. When Bill Zahner took over the reins in 1989, he would go on to publish several architectural metal “textbooks”—as the family endearingly refers to them—which would become popular with the metal sect of fine-art conservationists. 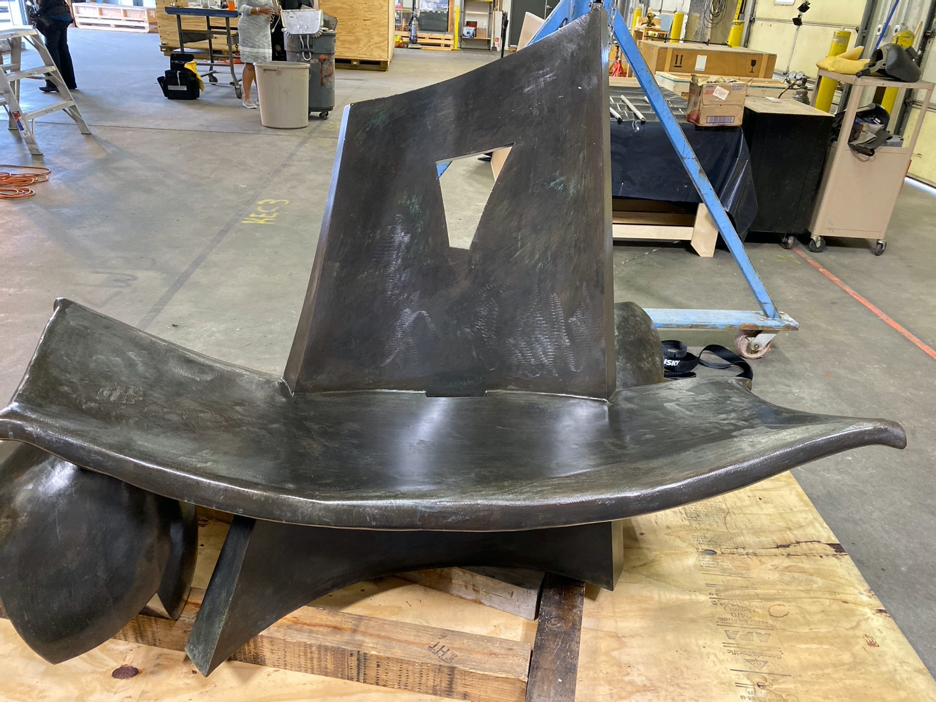 The company’s metal conservation studio, meanwhile, is renowned for ensuring giant metal sculptures across the globe never lose their luster. Restoration and preservation became synonymous with the company—as did their never-ending battle against oxidation. As word of mouth grew, so did the company until they had “the capacity and skillset to conserve and restore high-end metal—from the fabrication of architectural facades to, now, multi-million dollar sculptural works,” says daughter Kat Zahner, who gloved up and joined in after graduating from college and various apprenticeships.

In 2019, Kat took over the studio overseen by her father and continues to perfect the science behind her craft. “I took on their existing clients and gained a few of my own, including the entire sculptural collection of the Country Club Plaza,” she says. “The fountains—such as the Bacchus in front of Cheesecake Factory and Neptune in front of North Face—have become icons of Kansas City.”

We wanted to know more, so we asked Kat to give us more details—everything from A(luminum) to Z(inc). 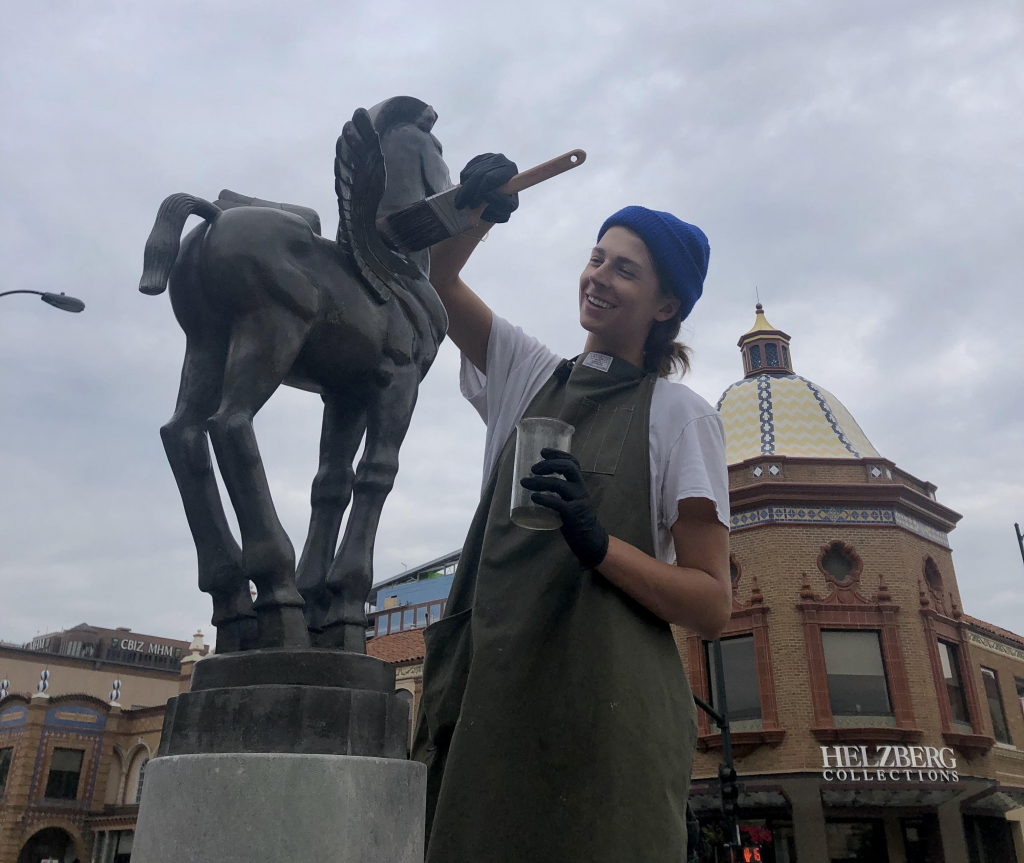 Kansas City is the City of Fountains. Does that mean you have your work cut out for you for—well, the rest of eternity?
“The vast majority of these—many irreplaceable—works are not well cared for and under the jurisdiction of the city. While we have worked with them in the past, they don’t seem to allocate the funds necessary to maintain and upkeep many of these iconic sculptures, once purchased. They currently hire people for a fraction of the cost with janitorial experience, who fill fissures with non-compatible material such as cement and caulk and spend no time sealing the surfaces or waxing to protect over the passage of time and extended exposure to corrosives such as road salts.

To say it saddens me would be an understatement. If we don’t start conserving art in this city, we won’t have a visual history to show for it a century from now.”

I’m guessing you get some weird requests? What’s one of your stranger restorations?
“The two most intensive conservations I’ve ever worked on would be a Wendell Castle bench, split from a fallen tree and restored to its original stability and luster through welding and patination by hand to match the surroundings. 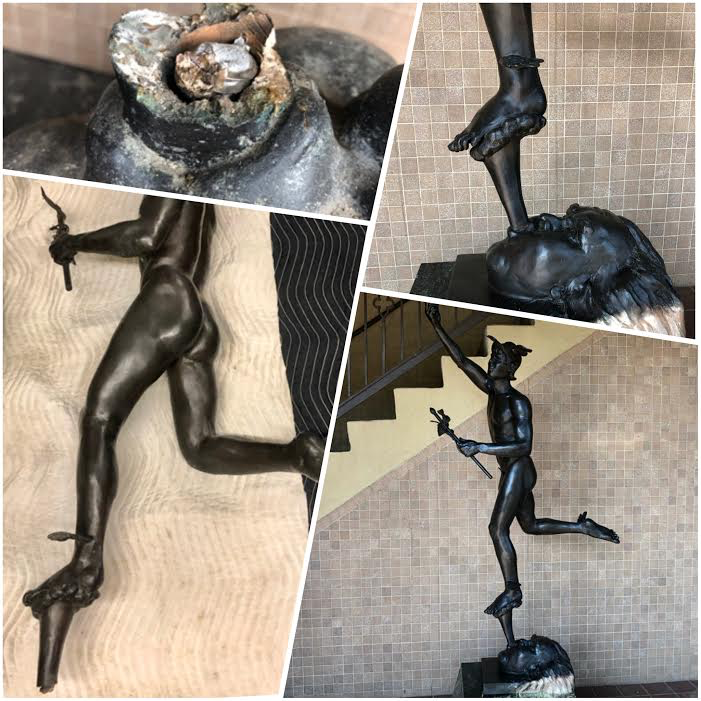 The second? The sculptural statuary bronze of Mercury, broken off its base in drunken revelry and brought back to life through careful welding of a custom cuff and hand patination.”

Why is it I’ve never heard of your company? Are you a hidden gem?
“You’ve probably have never heard of me because I am 24 and the daughter of a man whose family, in part, put Kansas City craftsmanship on the map. Since taking over the conservation side of things, I aim to make my own path that doesn’t exist in the footprints of someone else, while still respecting the unique education I have been given and earned.

I am excited to share the work we do. We’re one-of-a-kind across the United States and something that, locally, our city deserves to take pride in—as the level of welding craftsmanship and metallurgic expertise that comes from this city is up to par with the world’s stage.”