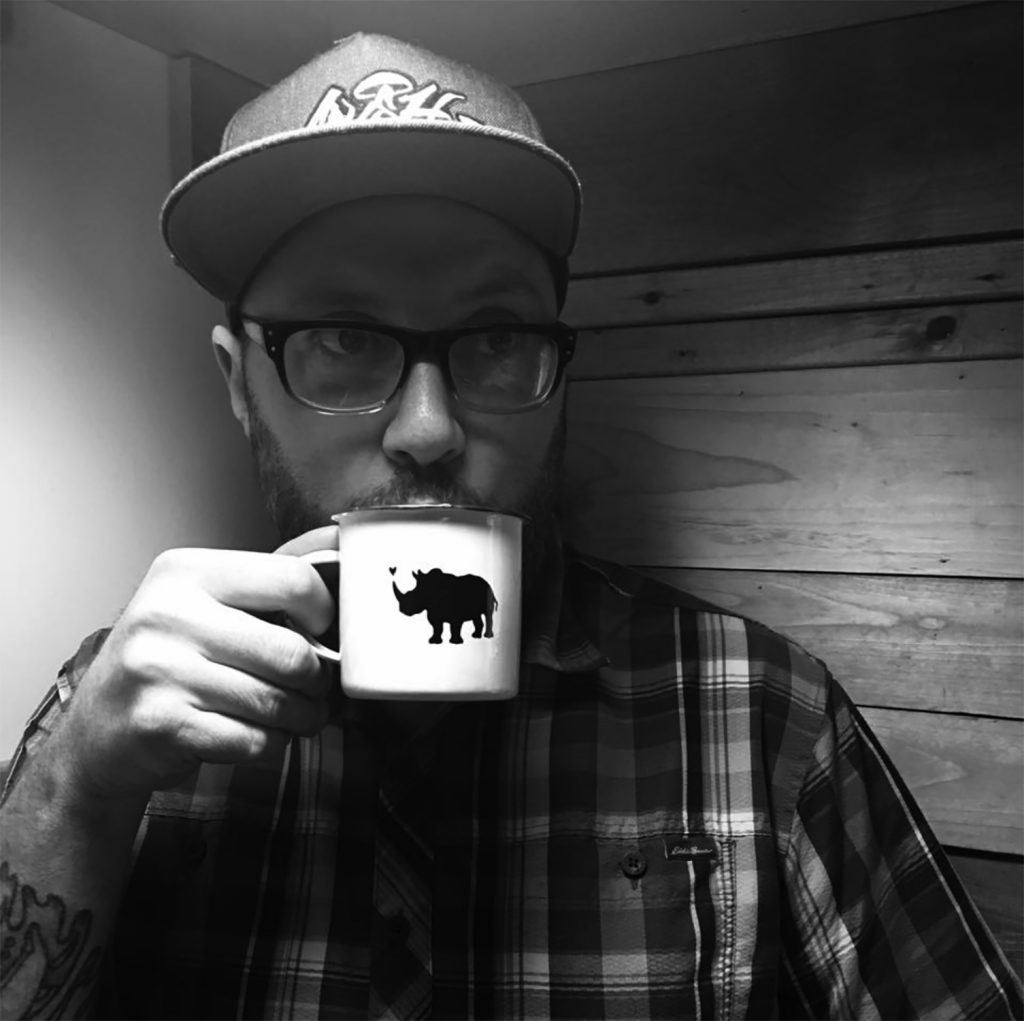 The artist Scribe, as he’s known around the metro, is a colorful character who creates giant murals of, well, colorful characters. You’ve probably spotted some of his distinctively playful cartoon creations sprinkled around town. Since 2003, he’s been designing a kaleidoscope of color for Children’s Mercy Hospital as their artist-in-residence. You can spy more than 150 of his kid-friendly works throughout the hospital. And that doesn’t include his art on CMH’s planes, helicopters, and ambulances. We asked the artist to come up with five things we might not know about him. “This whole thing made me a little nervous,” says Scribe. Well, goal achieved. 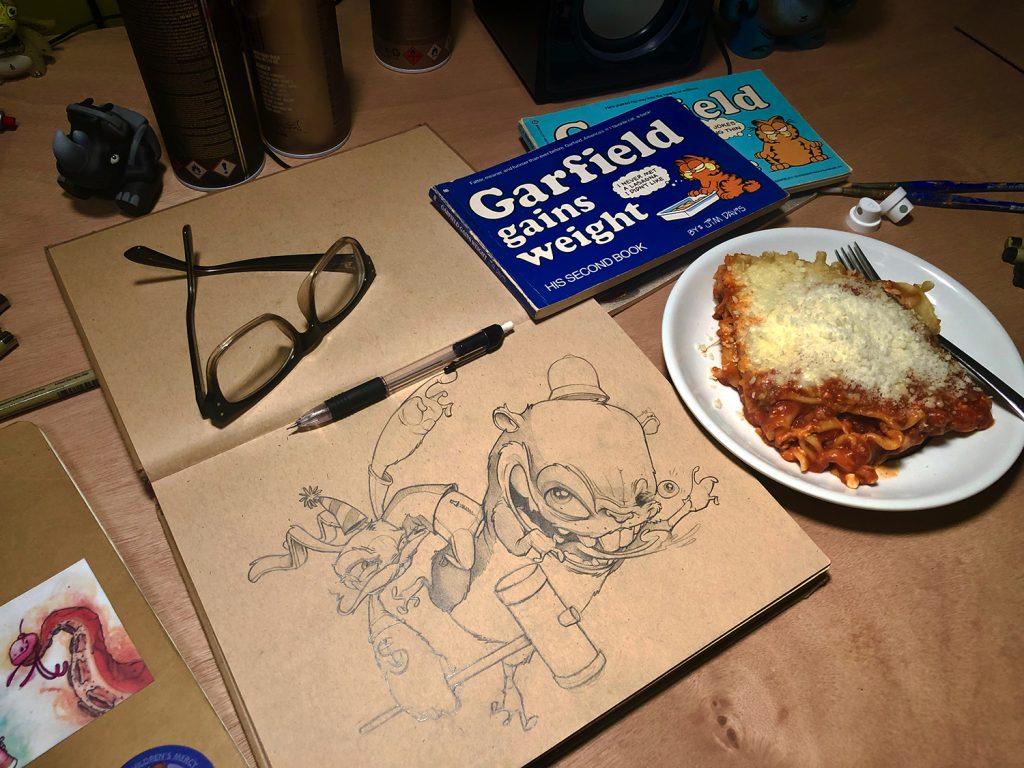 5. When I was a kid and living in Israel in the early ’80s, my grandma would mail these care packages of American food and sometimes she’d include Garfield comic books by Jim Davis. The works of Jim Davis were the strongest early influence on my art. In fact, Garfield meant so much to me that lasagna became my favorite food of choice—to the point that I would make myself sick from eating too much. 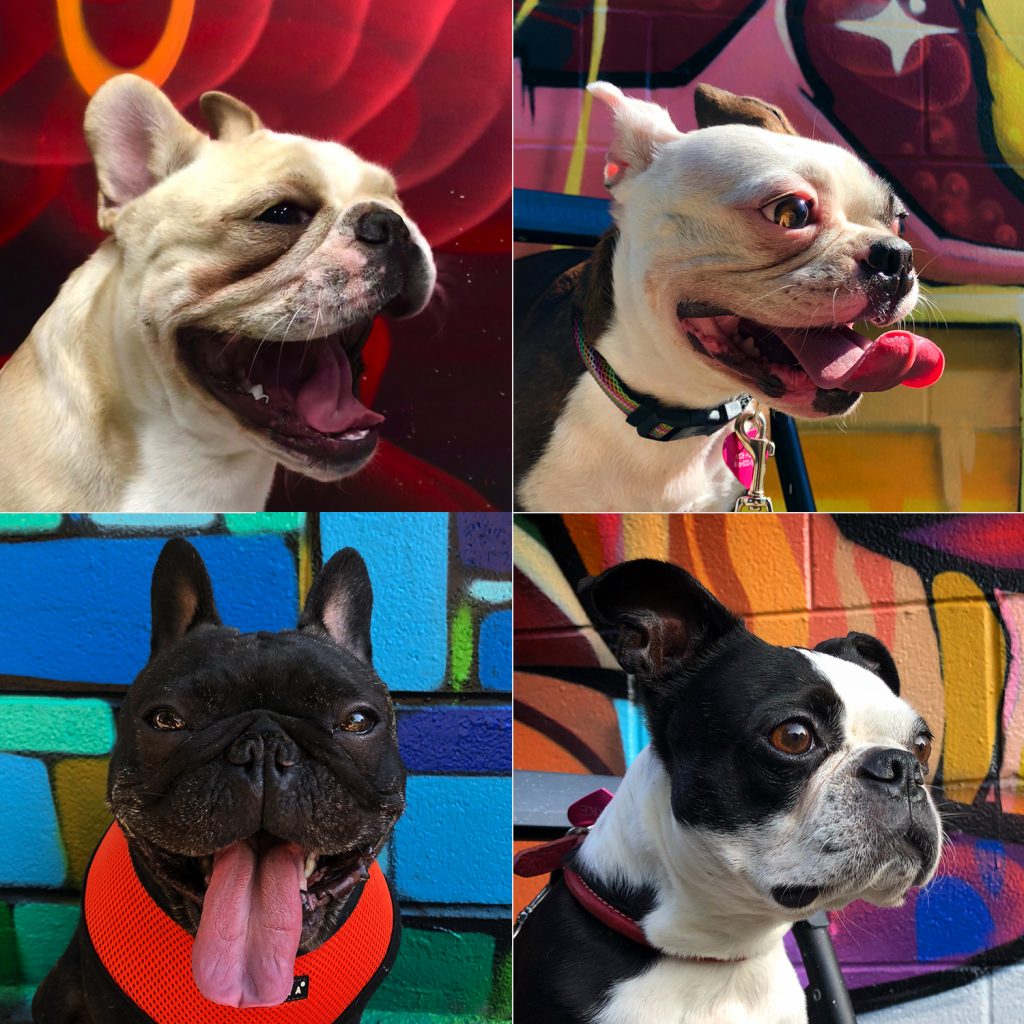 4. There are four big influences on my artwork for facial expressions. I have four squishy faced, snoring, farting dogs named Tater, Bacon, Fudge, and Cake. They have their own Instagram account that I use to just take fun photos. What makes me laugh is that several times I have been stopped while walking them in Westport. People will recognize the dogs, but not knowing who I am. I just hear, “Is that Fudge?” or another one of their names. 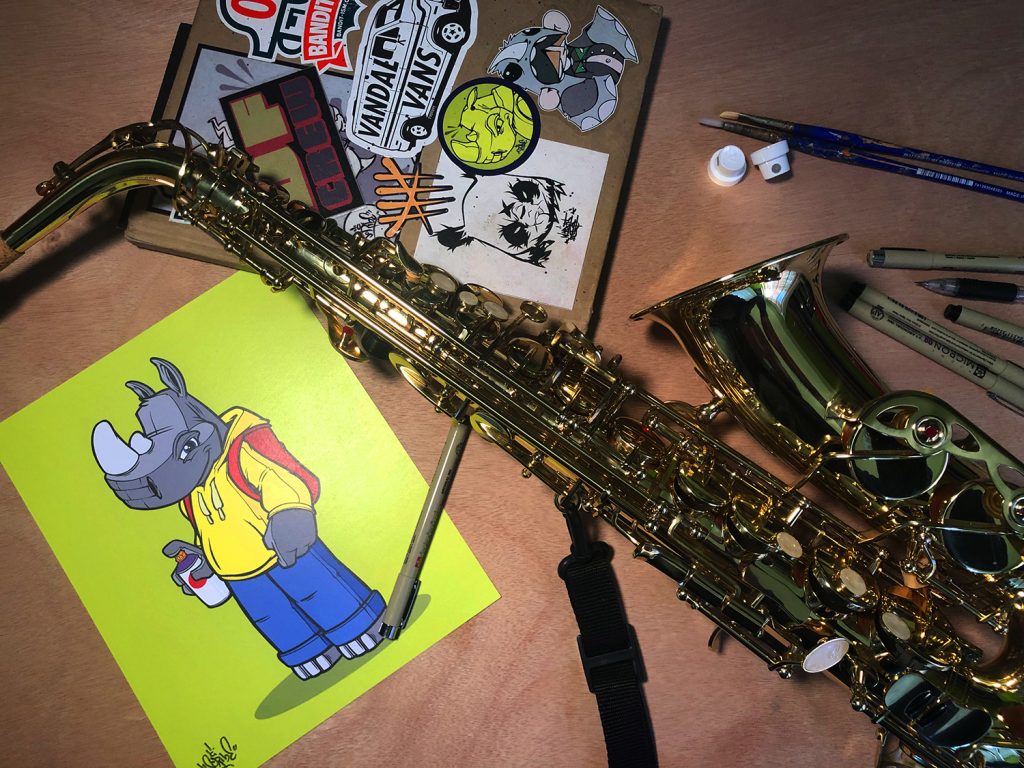 3. I played saxophone for most of my life and was at a crossroads about if I was going to pursue being a musician or an artist. I had an equal passion for both and even had dreams of playing jazz at Berklee College of Music. I sold my saxophone for money to go to art school, but selling it was always a huge regret for me. Going after art was my real calling, though. Fortunately, my beautiful wife knew I missed my music and surprised me with a student-grade saxophone so I could start playing again! 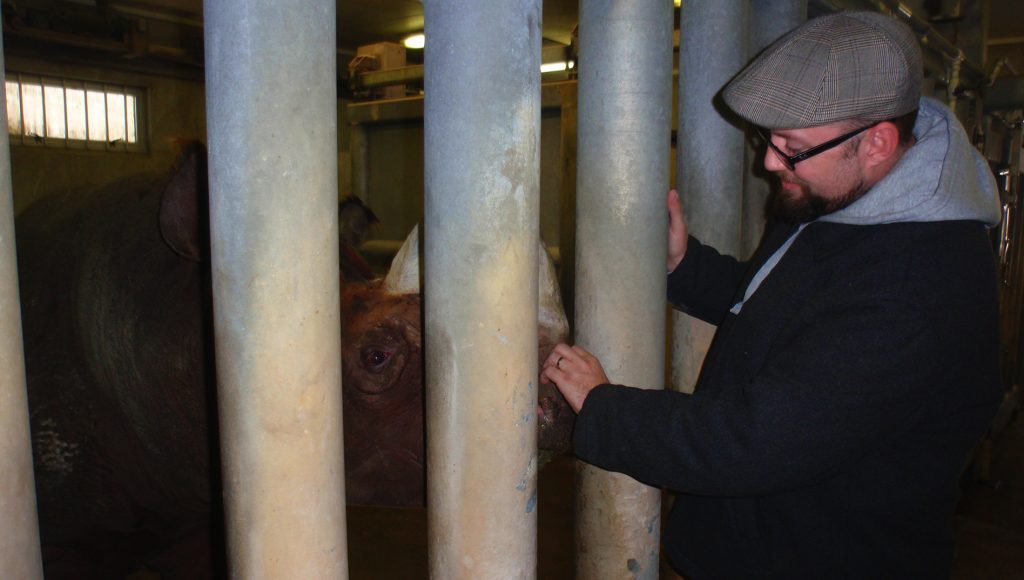 2. If you have noticed the larger body of work I do, then you might notice I draw a rhino character (named Rumpus) a lot. It’s actually the way I draw myself and tell my story. Someone who followed my work at the Kansas City Zoo took notice and was kind enough to invite me to visit all the rhinos one winter. It was literally one of the happiest days of my life. I wish I could get the chance to do a project at the Zoo connected to their education for rhinos—my favorite animals on this earth. 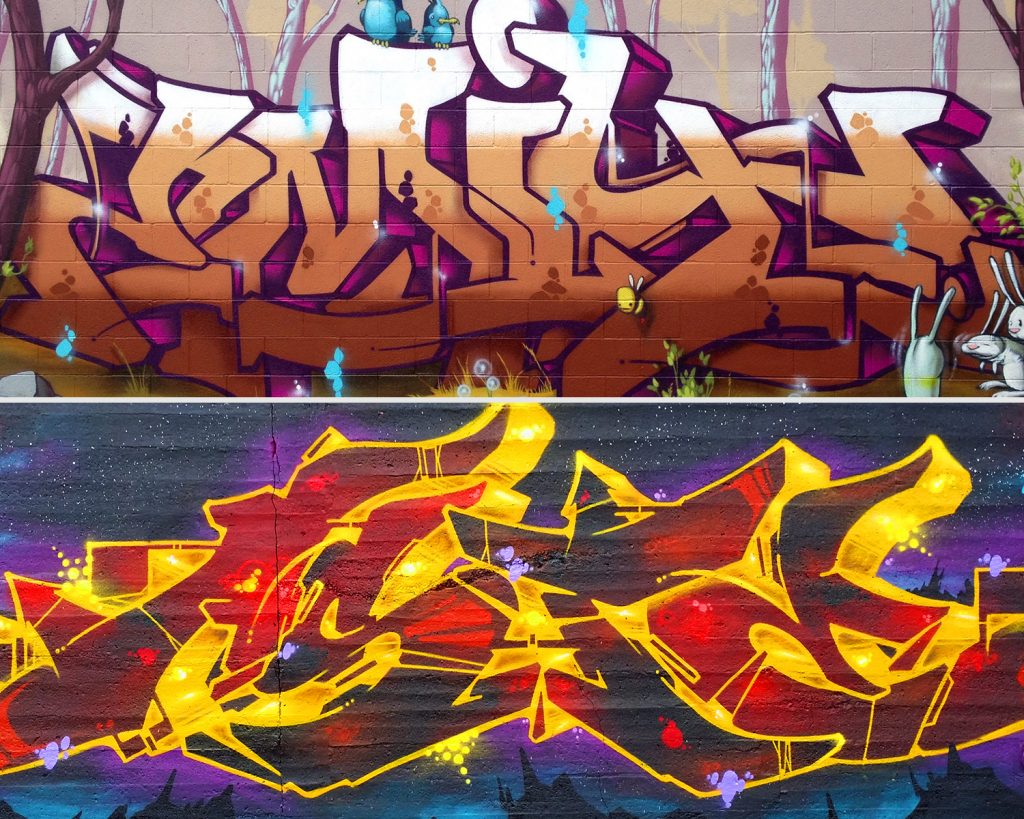 1. People comment a lot on my artwork and the color saturation I use. I owe that to a very non-traditional source—graffiti lettering. Regardless if you like that medium or not—you can find some of the most unique and beautiful color combinations I have ever seen within graffiti. I owe so much of my art—and use of color—to it. I wouldn’t be who I am today without that influence in my life.