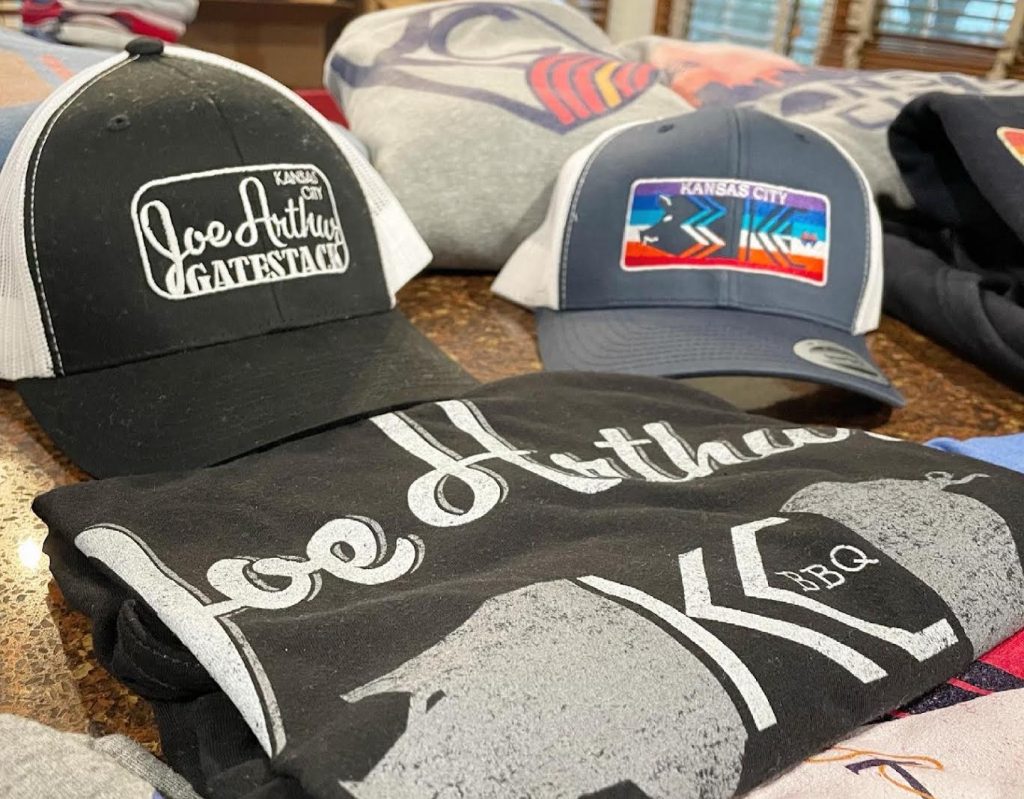 The second season of Jason Sudeikis’s hit sitcom, Ted Lasso, is set to arrive on July 23rd. We think it’s only fitting (pun intended) to get you decked out in some appropriate Ted Lasso finery.

Brendan Curran’s local online apparel shop, Three KC, is sporting plenty of Lasso swag—several of which have been seen on the show. Curran—who is a math teacher and basketball coach by day—decided to whip up some T-shirt designs as a side hustle in 2019. “I create all of the designs, run the website, create social media promotions, and respond to customer inquiries,” he says.

One of his initial creations took off when Sudeikis’s character wore it last season. Here’s the 411 from Curran about how his popular KC barbecue mashup “Joearthur Gatestack” design became a thing: “Jason and I have been friends for over 30 years, and when I first started Three KC I gave him a Joearthur Gatestack shirt, which he wore to Big Slick in 2019. He also took that shirt with him to the U.K. when he started filming Ted Lasso,” he says. “It ended up making a few appearances on the show (along with a couple of other shirts I designed). I texted him a couple of other Ted Lasso inspired designs to see what he thought, and he prompted me to put a few out there.”

Response has been great because the “show has struck a chord with many fans,” says Curran. “It’s been fun to hear them share their love of the show and shirts I’ve designed. But I’ve also heard from a lot of KC folks that really enjoy the Kansas City designs. The fact that KC people love to wear KC shirts is part of our charm.” 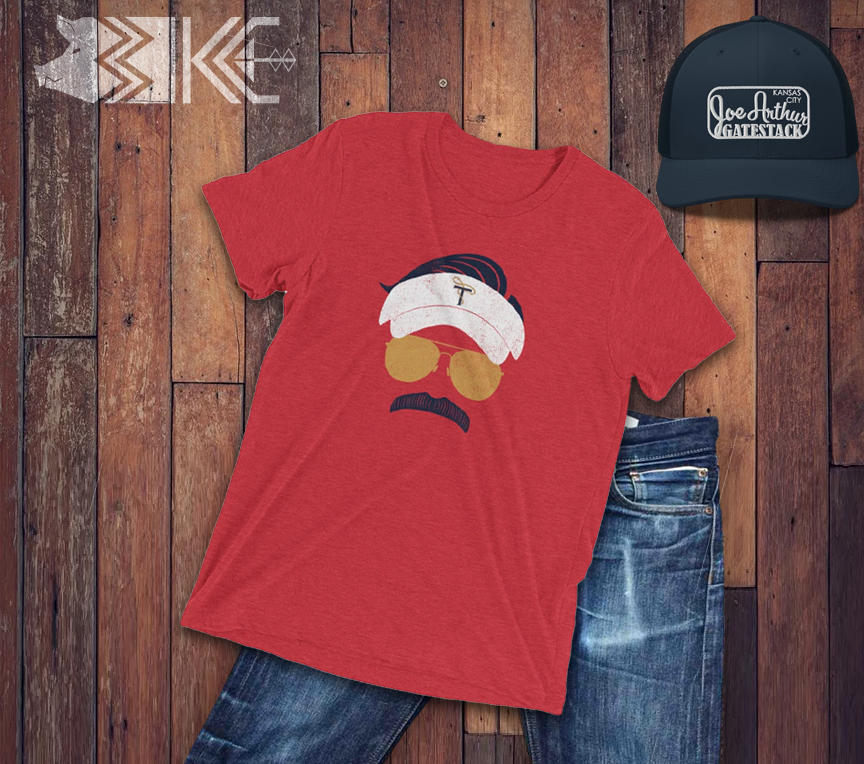 Curran is clearly psyched for Lasso’s return and not just because he might see his handiwork on the screen again.“I was able to send some shirts to the costume designer on the Ted Lasso set. I guess we’ll see if any of them make the show later this summer!” he says. “I feel like the show shines a light on the Midwest mentality which I find quite refreshing. I am genuinely excited to see what happens with all of the characters in Season 2.”

One design that’s special to Curran is his “Be Curious, Not Judgmental” shirt. “When Ted delivered that line in the show it immediately reminded me of my dad. My dad loved that line and was always curious about people’s stories and never seemed to judge anyone he happened upon,” says Curran. “When he passed away in April after battling with Lewy Body Dementia for a few years, I added his initials TLC to that shirt design.”

Find Curran’s wearable handiwork online here. Or purchase locally at Made in KC, The Best of Kansas City, and Bunker. Tees and hats start at $25, sweatshirts at $32.