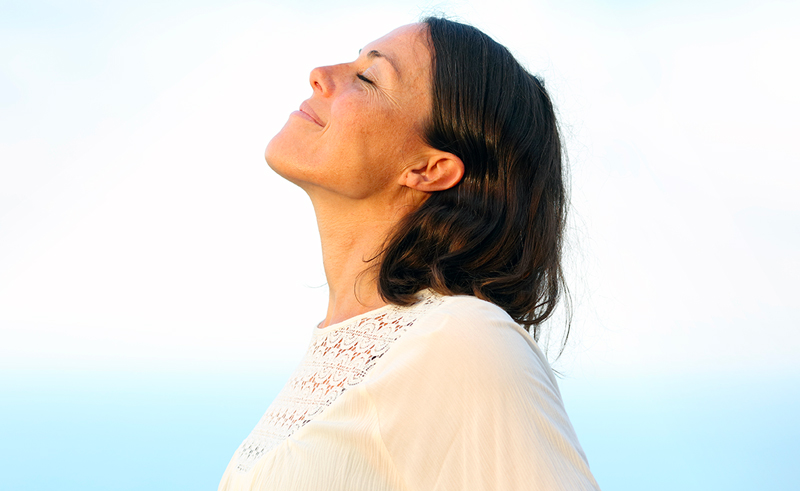 The Women’s Health series is presented by AdventHealth

“Lung cancer is an extremely important disease to address and to allocate special attention and resources to,” says M. Jameel Kyasa, an oncologist and hematologist with AdventHealth Medical Group Hematology Oncology at Shawnee Mission. “If you look at lung cancer deaths in women, it’s disturbing. In terms of cancer mortality, lung cancer is the leading cause of cancer death in women.”

In 2022, the American Cancer Society estimates that close to 119,000 women and 118,000 men will be diagnosed with lung cancer. While those numbers sound scary, there are ways to make sure your lungs are in tip-top shape. And there’s plenty that can be done to lower the risk of a lung cancer diagnosis.

Lung Cancer Risk Factors
Unsurprisingly, smoking is the leading cause of lung cancer, but Kyasa says there are several genetic and environmental factors to consider.

“Somebody with a family history of lung cancer—particularly first-degree relatives—has a higher risk of developing a malignancy compared to a similar person without such family history,” says Kyasa.

He added that environmental factors such as exposure to high levels of radon, nickel, and cobalt can increase the likelihood of developing lung cancer, as well as inhaling fumes released by cooking oils used in a space that doesn’t have adequate ventilation.

Additionally, exposure to asbestos fibers is the number one risk factor for mesothelioma, a rare type of lung cancer that affects the lining of the lungs and abdomen.

Reducing the Risk
Thankfully, it takes just a few steps to be more proactive in protecting your lungs, thus significantly reducing the chances of a lung cancer diagnosis.

“At the top of the list? Avoiding smoking. It’s very important to avoid it, particularly at a young age,” says Kyasa. “Young people seem to be more susceptible to the risk factors associated with smoking as the carcinogenic process evolves over decades.”

While it’s best to never take up smoking, the earlier in life you stop smoking, the lesser the likelihood of developing lung cancer.

For non-smokers, it’s important to pay attention to others smoking around you and avoid being near the smoke—especially for women. “We pay particular attention to secondhand smoke, which seems to be a more significant risk factor in women rather than men,” says Kyasa. “More women are diagnosed with lung cancer due to secondhand smoke for reasons we’re not 100 percent sure about, but we believe it revolves around environmental exposure and possibly hormonal cycles.”

In addition, it’s important to take precautions to avoid environmental risks. Test your home for high levels of radon, inspect it for asbestos materials, and ensure your kitchen has proper ventilation. If you’re exposed to chemicals in your work environment, make sure you’re wearing the proper safety equipment.

When to Talk to Your Doctor
If you’re concerned about any of the risk factors, you should speak with your doctor.

Lung cancer screening is recommended for patients starting around the ages of 45-55 who meet high risk criteria or anyone experiencing any concerning symptoms.

“Over the last several decades there has been development for lung cancer screenings, and we anticipate that this recent implementation of an effective screening tool will hopefully bring down the mortality rate from lung cancer,” says Kyasa.

Warning signs of lung cancer include:

There are two ways to screen for lung cancer:

The Heart and Hormones: AdventHealth’s Michelle Dew on How Hormones Impact Cardiovascular Wellness