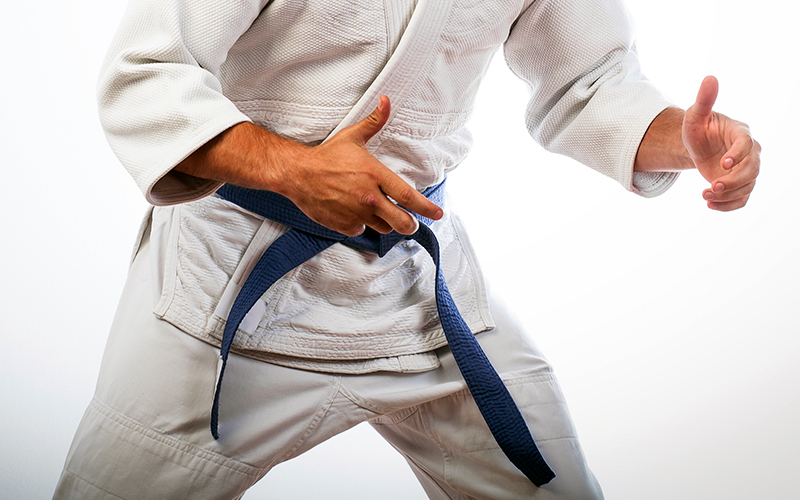 For many people, physical fitness is more than just a series of exercises and calories burned. For Matt Gardner, it has always been a release, a way to focus energy and set personal goals. And while running and cycling had always been part of his routine, he found his passion when he dove into a martial art growing in popularity—Brazilian jiu-jitsu.

As a former high school wrestler, Brazilian jiu-jitsu was a natural progression. Both sports focus on submission holds that either score points or lead to submission, rather than strikes or kicks like in karate or taekwondo. Both are also competitive, and after two years of intensive training at Bodyfit KC under black belt David Littlewood, Gardner tested his skills at the International Brazilian Jiu-Jitsu Federation Pan American Championship, winning gold in his weight class and age group, earning his blue belt.

Training in Brazilian jiu-jitsu is different than in many martial arts. Instead of strict practice structures such as the kata in karate, training in class focuses on technique, with a chance to spar with other practitioners to hone real-life applications. Gardner goes to class several times a week and finds himself pitted against fighters of all genders and sizes.

Gardner says that the ability to fight against anyone keeps it interesting.

“At levels higher than a white belt, you have an open class where all weights can compete,” Gardner says. “You could have a 120-pound black belt go against a 290-pound black belt, and yeah, the big guy will probably win. But if the little guy submits him, the little guy wins. Weight and size help, but the submission is the great equalizer.”