Before Phoenix CBD founders Brian and Susan Pitts ever opened their store to the public, they had a personal connection to the supplement—one that hit particularly close to home. “My father is a retired physician in Kansas City—practiced 48 years. He had an arthritic condition and started using CBD,” says Brian. “And as a student of medicine, he was always researching. He read up on CBD—then found every piece of information he could—and started to tell me about it.”

His father thought it might be worth it for Brian to try CBD to treat his ever-present chronic inflammation. “I hurt pretty much every day—aches, cramps. Sometimes my muscles will flare and pull my ribs out of place,” says Brian. “He suggested I give CBD a shot. He saw no drawbacks—just the potential benefits of it.”

Within just a week of using CBD, Brian was on the mend. “After two weeks—and it wasn’t a profound, immediate change—but after two weeks I felt pretty good. That was new for me.” Brian immediately started doing his own research to find out more about the supplement. He and wife Susan even considered the possibility of opening a CBD store—which were rare finds in early 2017.

Because of his and his father’s positive results, Brian thought CBD might help his daughter, who was experiencing severe anxiety and catatonia because of an autistic condition. “In just a couple of days, my wife Susan and I noticed a severe drop in her anxiety and after about a month in her catatonia,” he says. “It’s given her a dramatic change in both her personality and functionality.”

If you’re keeping track, between Brian, his father and his daughter, CBD was 3-3. That’s when his story takes another remarkable turn—one that caught the entire family off guard. “My stepson had a seizure—his first one—and then he had another,” says Brian. After stints at both Children’s Mercy and KU Hospitals, his stepson was diagnosed with epilepsy. Brian immediately started him on a CBD regimen. After trying three anti-seizure medications, they finally found one that helped. “Thanks to that medication alongside his CBD, he’s been seizure-free for two years.” 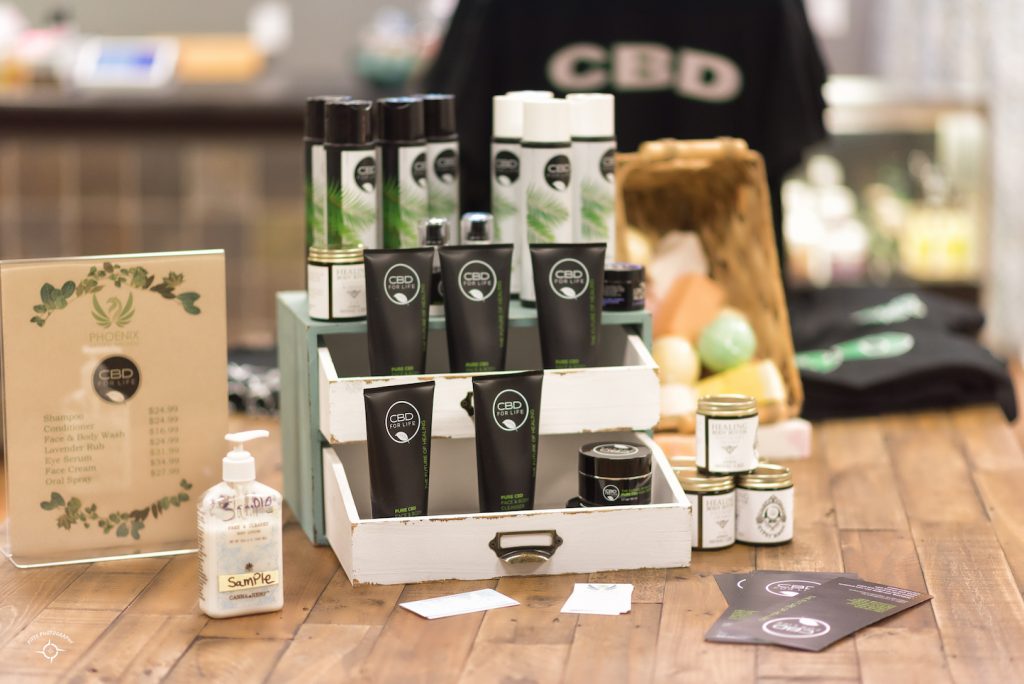 Just 40 days later, Brian and Susan and their team opened their first Phoenix CBD store in Johnson County in October of 2017. “Given that it made such impact in our family—father, daughter, stepson—we knew that it just made sense,” he says. “There was good buzz from the minute we opened our doors. We were accepted in the community. We were all over the news. It’s just grown from there,” says Susan.

The burgeoning business recently opened its fifth store—and the duo is thrilled with the reaction. “Seems everybody wants CBD,” Susan says. For the team at Phoenix CBD, customer service is paramount. That’s followed closely by customer education. “We have four pillars at Phoenix CBD. 1) Quality—we’re selective about the product and where it’s sourced. 2) Affordability—we purchase in large quantities, so the customer doesn’t absorb the cost. 3) Integrity—which is everything for us. We’re open and transparent to our customers.” And 4) Our knowledge base—everyone here has CBD training and certifications. We’re one of the only companies that does that. Our employees’ training is extensive,” she says.

But there are still several states where CBD is considered an illicit drug. “In some states—like Iowa—CBD is still not legal, shockingly,” says Brian. “It’s a struggle, but it’s a business worth fighting for. South Dakota wrote a law last year making CBD illegal. It was a giant step back.” 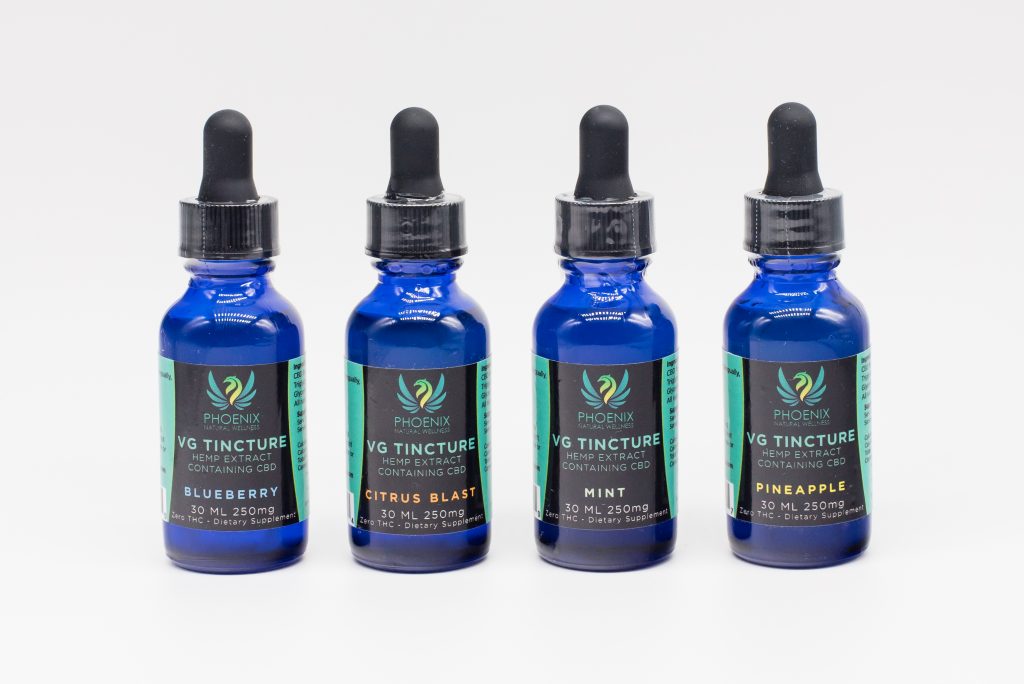 Undaunted, Brian and Susan are taking their business to the next level, and both are proud of the achievements their team has made in the industry. “Now we’re developing our own product, our own brand,” says Brian. “We’re starting to wholesale to chiropractors, massage therapists, and other CBD stores. People like our product and want to be able to sell it.”

For Brian and Susan, Phoenix CBD wasn’t just a business venture, it was something of a higher calling. “Arthritis, epilepsy, autism—it’s been a very personal venture,” he says. “It’s harder than I anticipated. But the joy we get is educating our customers. Seeing people benefit from a product that they didn’t know much about two years ago is astounding. It’s brought tears to our eyes. We’ve cried with customers and we’ve hugged customers—and that’s what we’re here for.”

From Yams to Jams: Park Place Village in Leawood Has a New Farmers Market

Celebrating 18 Years in Kansas City, Premier Vein and Body by Schwartz Is Showing Their Patients Some Appreciation

This Valentine’s Day, Gift One of These Spectacular Pieces From Diamonds Direct