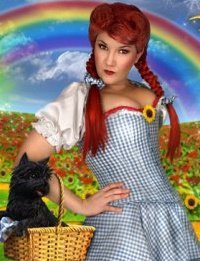 By day, Jessica Dressler is furiously selling houses in Kansas City’s white-hot real estate market. By night, Dressler is dolled-up as her alter ego, the frenetic and foul-mouthed Dirty Dorothy. You’ll find her holding court at Missie B’s where she hosts drag show shenanigans every Saturday night. When she’s not the hardest working woman in showbusiness, Dressler is a TV aficionado. And she loves her some campy dramedy. Would you expect any less from the Countess of Camp herself? Here’s what she’s watching:

“After a long day of selling real estate or performing as Kansas City’s legendary Dirty Dorothy, I do the same thing as any other red-blooded American: binge watch me some Netflix, Hulu, and Amazon Prime of course! 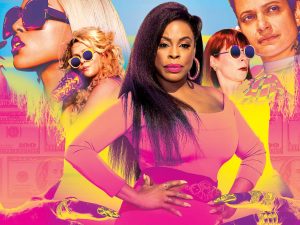 Guuuuuuuuurl, if you aren’t watching it yet, start! Claws focuses around nail-salon owner Desna Simms. She’s got a heart of gold. It’s Niecy Nash’s best work yet! We find out very quickly in the series that Desna is not only a business owner who cares for her staff like family, but also literally cares for her grown autistic brother Dean—played masterfully by Harold Perrineau. The chemistry between these character actors is some of the best on television—less I digress.  We also find out very quickly Desna is laundering money for the ‘Dixie Mafia’. Oooh, they are some of the most colorful characters you’ll spy on TV.

Their leader? UncleDaddy. Yes, they call him UncleDaddy—but he did adopt his two nephews at a young age when their parents were murdered, so, I mean, UncleDaddy seems Dixie appropriate. 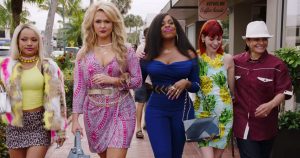 Anyhoo—mayhem is always afoot. It’s beyond high-whore drama. It is also filled with truly brilliant moments to keep you absolutely hooked from the get go—so get going! Go watch it, people.  I live for the absurd drama, the fashion—Good God, the fashion!— and the true belly laughs this show provides! It’s also set in Florida—because, of course, it is. Could it get any better?

Go watch Claws. You can thank me later— either during the day when I’m selling you a house or later at Missie B’s on a Saturday night when I’m drag show hosting as Dirty Dorothy. Just wave and holler “thank you” and I’ll know it’s because I told you to watch Claws and you did … and you loved it!”