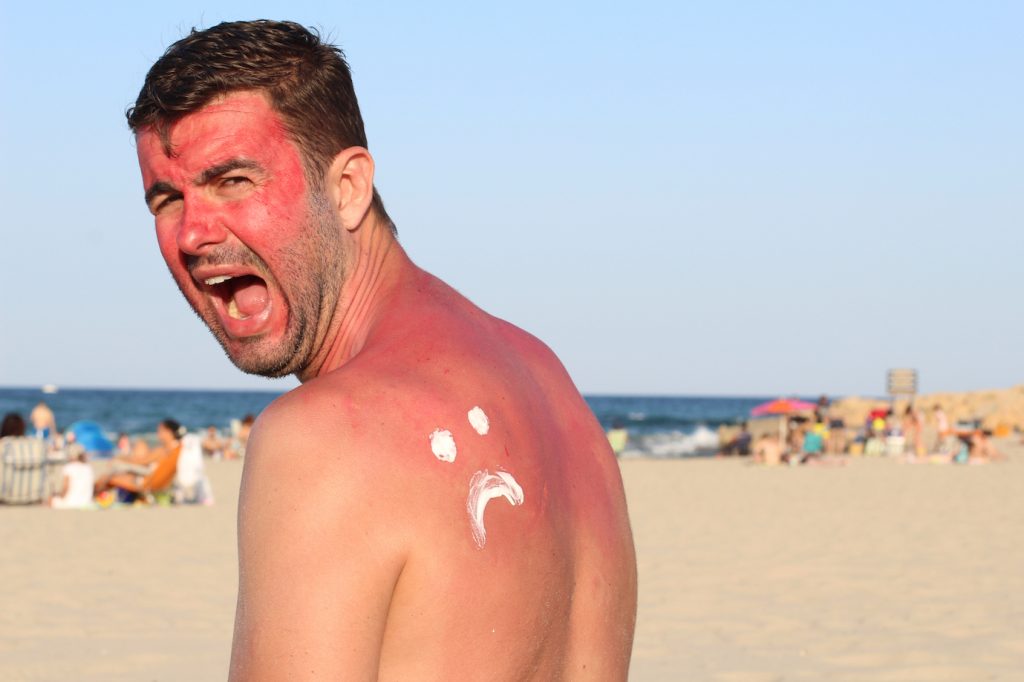 We’ve heard all the excuses:

“The sunscreen was expired!”
“I fell asleep.”
“I was wasted.”

Or our personal favorite: “I was wasted and fell asleep. Also, the sunscreen was expired!”

No matter the case, everyone has a best-worst sunburn story to share. Since today is the first day of summer, we asked our fair readers (some fairer than others—ahem) about their most redonkulous, nightmarish sunburn experience. In a word—yeeeeeouch! 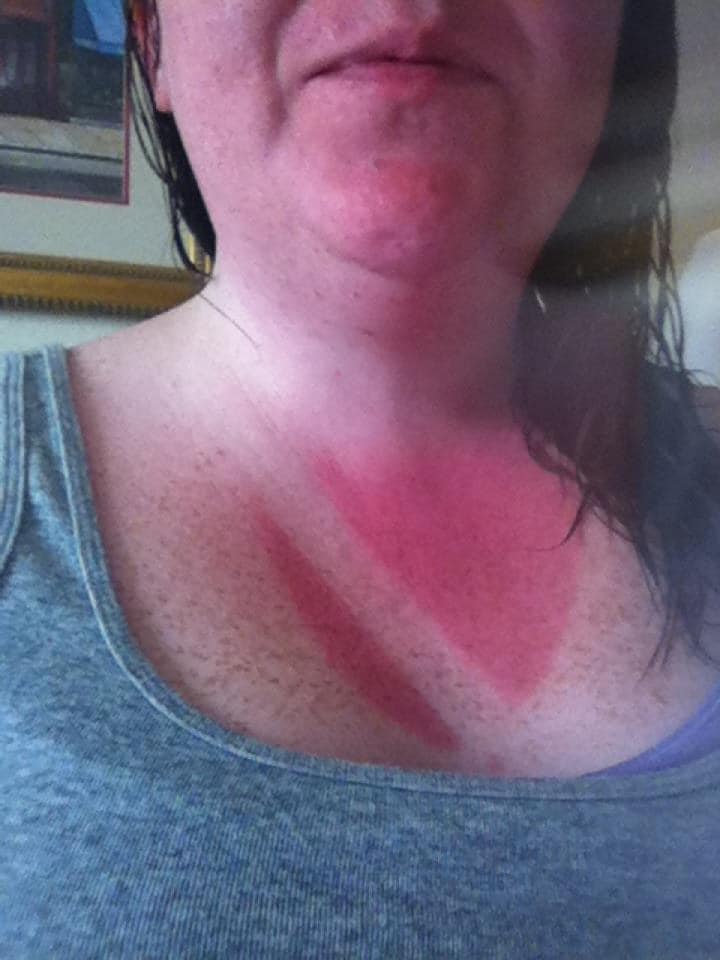 “I was in DC for a conference and decided to take a half day off from the conference to do touristy things. I was wearing a V-neck shirt and forgot to put sunscreen on my chest. Pair that mistake with a cros- body bag, and you have yourself a walking K-Swiss ad.”— Jessica Cox, KCMO

“One time—on a float trip in Arkansas, circa maybe 1998ish—I was taking antibiotics, drinking on the river. By golly that night I was so sunburned and swollen I could hardly breathe. Probably should have gone to the ER that time. Total dumbass.”—Carrie Emert, Overland Park 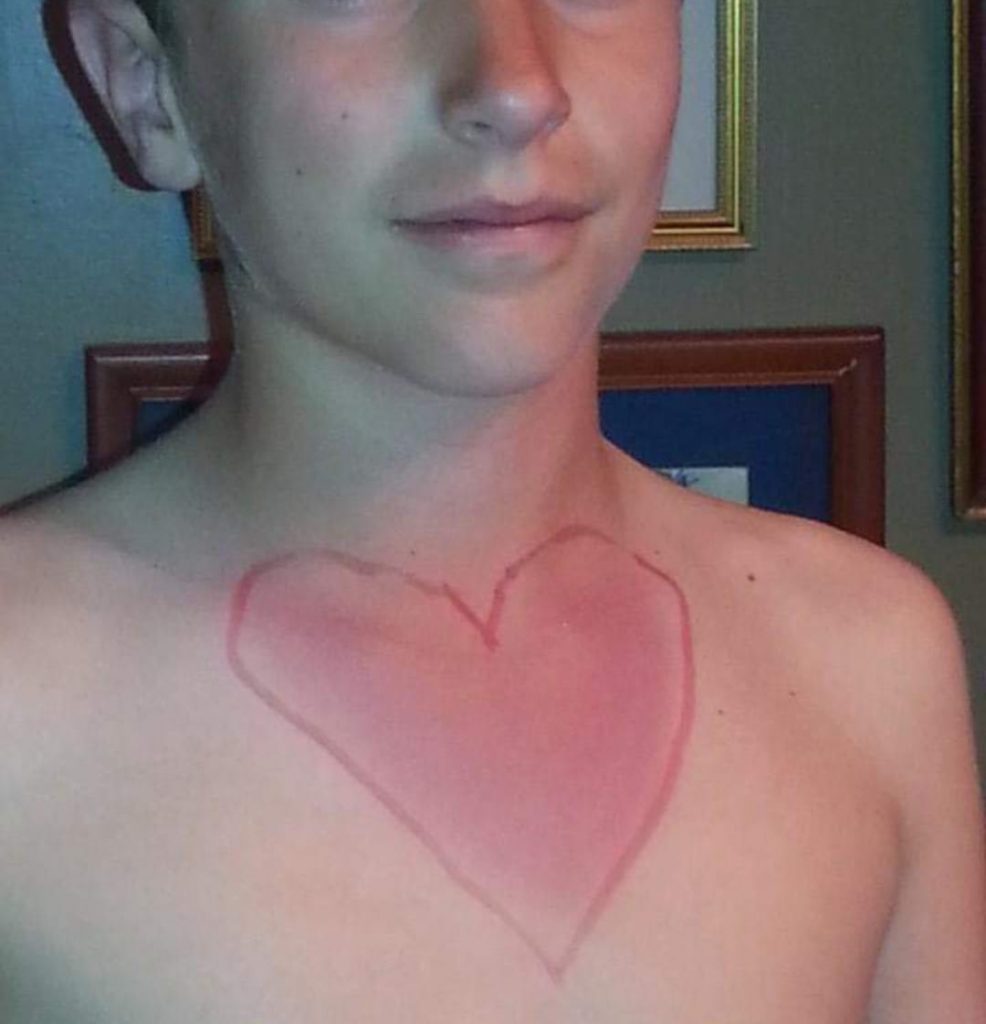 “Wasn’t me, but my son worked as a soccer ref. They had lovely V-neck uniforms. When he took his shirt off, his chin had cast the perfect heart-shaped shadow. Being the jerk mom I am, I made him stand still whilst I grabbed a sharpie.” – Heather Calvert, Prairie Village 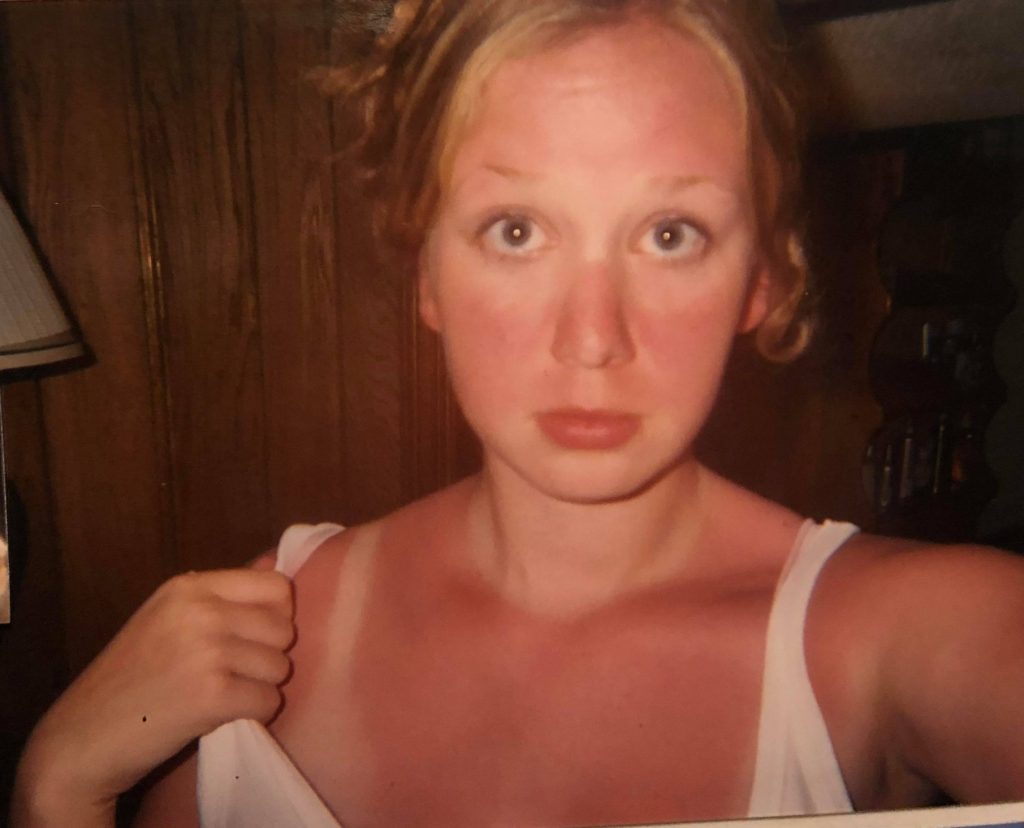 “My worst sunburn was after The Warped Tour in 2003. It was overcast and I didn’t have sunblock on—like a dummy. My skin was burned so bad that I had blisters the size of shoulder pads on my shoulders. I had to call into work for a few days because I couldn’t have any clothing touching my skin. I have permanent scarring from that burn. Kids, wear your SPF!”—Dana Collins, KCMO

“Summer of 1994. Visiting a friend and relative whose parents had an in-ground pool. A group of us got in the water in the morning to cool off on a hot day. Then decided to stay until lunch. Then extended that until time to get out at 5 p.m. to go and see a movie. Never thought to get out and put on sunblock. Got to the movie (Forrest Gump!) and wondered, ‘Why does it hurt when the air conditioning hits my flesh?’ Spent the next three days in sheer pain. Couldn’t even go to work on Monday because the top of my scalp was so burned, I couldn’t shower or brush my hair,”—Wade Sisson, Overbrook

“Went to my junior prom blistered from my forehead to my toes. Damn, I thought I was hot. (Actually, I was.)”—Kelly McInteer Harrick, Overland Park 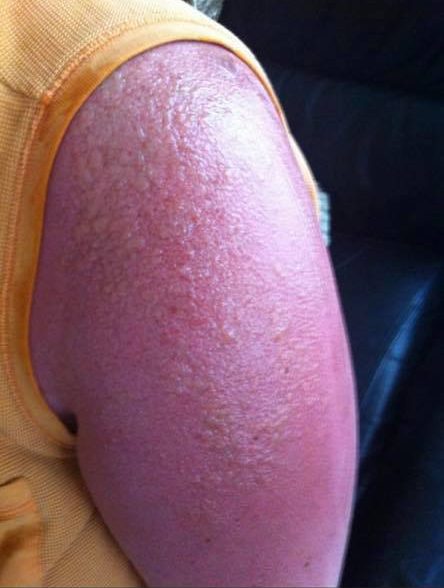 “Here’s mine. I ended up in the ER and got my arms medicated and wrapped up like a mummy. You probably would never guess, but this started with me preparing vodka slushies poolside.”—Jessica Miller, formerly of Grandview

“I went swimming in PA one summer when I was a kid. My grandpa and great-uncle were supposed to be watching us. They never made us put on sunscreen. I was almost purple with a sunburn. Everything hurt.”—Kara Banks, Overland Park

“Not me, but my father-in-law got his legs so sunburned on a beach day in Florida that he decided to slather aloe gel all over them before bed. He did not allow it to absorb, rather applied a thick layer and then slept under the top sheet. He woke up still in pain from the burn, but now had to remove the sheet that had glued itself to his skin with the aloe once it dried, like ripping a Band-aid off.”—Lori Oswald, Olathe 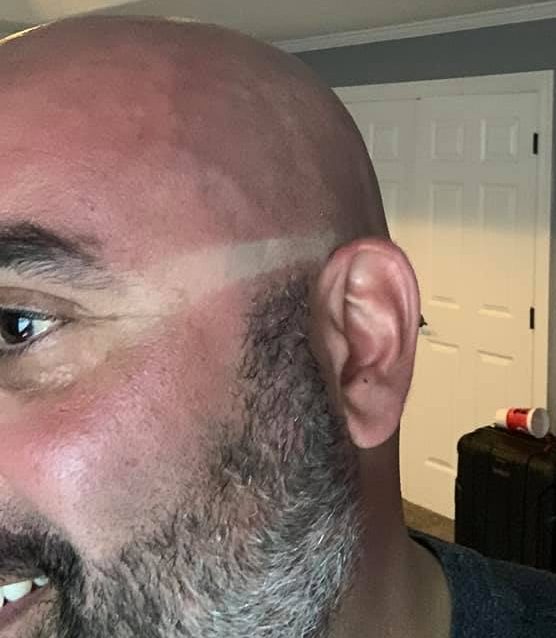 “Let me get back to you Saturday of next week,”—Kathy Elmore, Independence