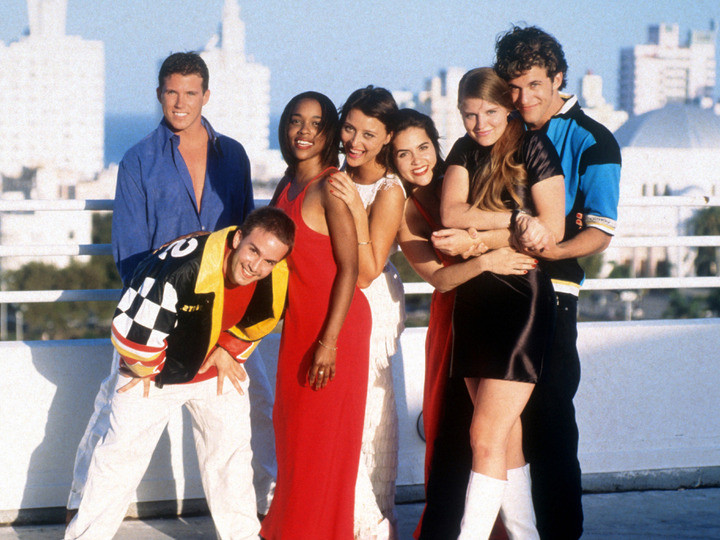 Dan Renzi was a bit of trailblazer back in the day. The Overland Park native was one of the first Kansas Citians plucked from relative obscurity to be featured in a reality TV show—MTV’s groundbreaking Real World. It’s been over 20 years since Renzi participated in the show’s fifth season, Real World: Miami. We caught up with the former model to see what life is like out of the proverbial spotlight. 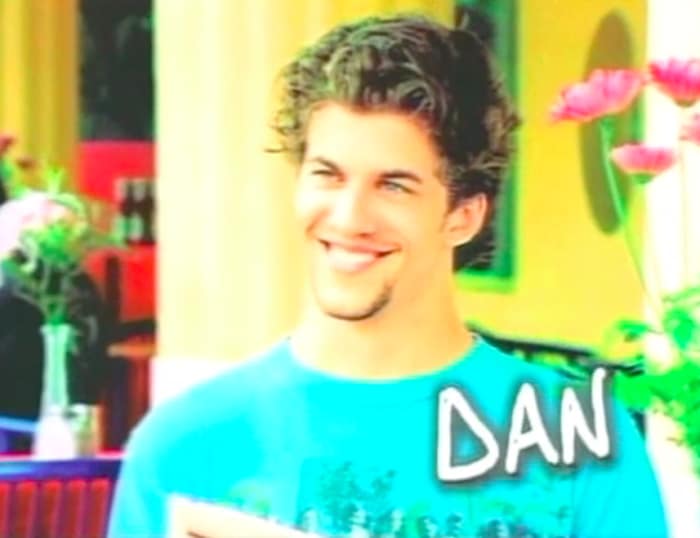 M2: Let’s go into the Wayback Machine. What’s your most vivid memory about Real World: Miami?
“My most vivid memory of The Real World: Miami is how I always felt stressed out. For five months, I was constantly nervous. Yes, I signed up to be on a reality TV show, but there was no way I could have understood how hard it would be to have a camera in my face every day. Plus, this was before Will & Grace or Ellen DeGeneres, or any of the LGBTQ people we have in the media now. So I was really nervous about being openly gay on TV. And my Real World housemates and I didn’t like each other much, so that didn’t help either.”

M2: What about the Real World Challenges you participated in?
“They were totally different. I did three Challenges: one in Jamaica (Battle of the Sexes II), Mexico (Inferno II), and one where we drove around the US and Europe for 2 months in customized tour buses (Extreme Challenge 2000). Being on a ‘Challenge’ was like going to a really extravagant summer camp for adults, and we got paid just to have fun. We would do the stupid competitions for a couple of hours, and then the rest of the day we would just hang out and enjoy the endless supply of alcohol. Living in a mansion in Mexico with a private beach was absolutely spectacular—so thanks MTV for that chapter of my life. Mike Mizanin was also in that Challenge in Mexico. Now Mike is a pro wrestler known as ‘The Miz,’ which is really cool. He was a very, very nice guy and I liked him because he made everything more fun. There was a night in Mexico when we weren’t being filmed and we had nothing to do and Mike chased me around the porch because he wanted to hold me upside down and make me guzzle a beer bong. This was Mike’s idea of a good time. I told him no thank you very much. I did not want to be held upside down or drink a beer bong. And the sad part is, looking back, now I wish I would have done it. Moral of the story: life is short. Drink the beer bong and lighten up.” 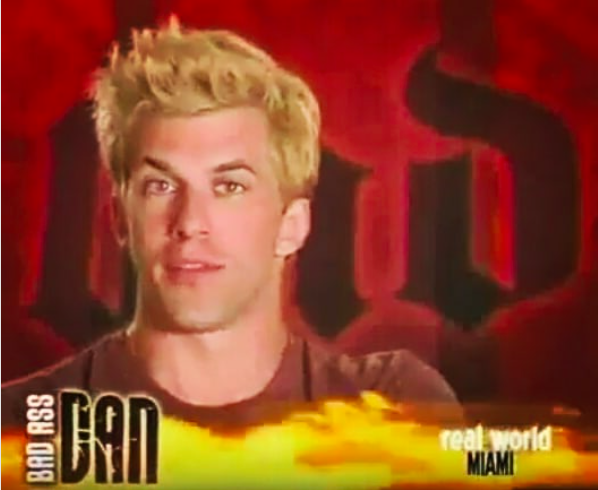 M2: It’s been 20+ years since your season, do you still keep in contact with any of your roommates?
“I keep in touch with some of the people from the Challenge casts. Rebecca Lord from The Real World: Seattle also did Extreme Challenge: 2000, and now she is now one of my very good friends. She’s really funny. And I am happy to say that I hunted down Norm Korpi, who was in the (inaugural) New York season of The Real World and we became friends. He was one of my heroes when I was in high school. Later I wrote an article about him in The Advocate.” 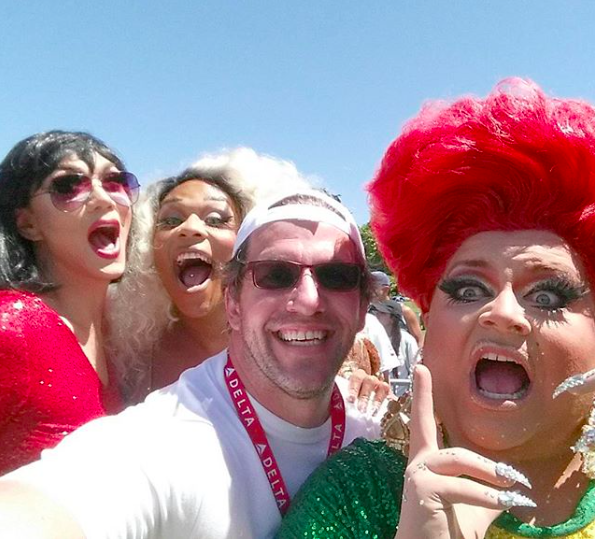 M2: Do you still get recognized?
“I am older and fatter than when I was on TV, but I don’t look particularly different, so the random ‘I think I know you’ conversations still happen almost every day. Last summer I was at an LGBTQ Pride event in San Francisco, and Peppermint from RuPaul’s Drag Race was singing on the main stage. After her show she came into the crowd, and I wanted to get a selfie with her, so I waited for her to walk by, but she saw me and she gasped! She walked right up to my face and whispered, ‘Are you from my childhood?’ And she gave me a big hug. That was a really nice compliment. I really enjoyed getting that hug from Peppermint.”

M2: I read Real World is coming back in 2019 after taking a year off. Thoughts?
“Well, it’s not really coming back. It’s going to be streamed on Facebook. Honestly, I read about that in the news, and I didn’t even realize the show was still being made. I thought MTV cancelled it years ago.” 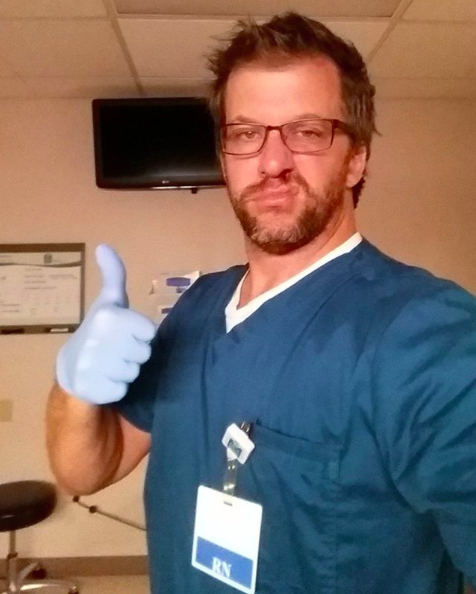 M2: You’re a renaissance man. You’ve done everything from professional modeling to field research to writing. Now what are you up to?
“I am now a registered nurse, working in oncology. I work a lot with women who are getting treated for breast cancer.”

M2: What’s next for Dan Renzi?
“Oh, I don’t know. I have to take my job day-by-day. I go to work and face a day of doctors showing me CT scans and mammograms with tumors in them. Then I sit down with the patients, and I think, that person has a tumor. Sometimes they have more than one tumor, actually. It’s a lot to deal with on a daily basis. So every morning, before I get out of bed, I lay in the dark and take a moment to be sure that I am ready for all of that. Because if I can’t pull myself together and deal with it, it’s not fair to the patients. Our patients don’t care if I am tired or in a bad mood. They need to talk about what they are going to do next. So when I get home, I’m just glad I made it through another day. There will come a time when I’ve had enough, and that’s when I’ll figure out what I will do next. I’m open to suggestions.” 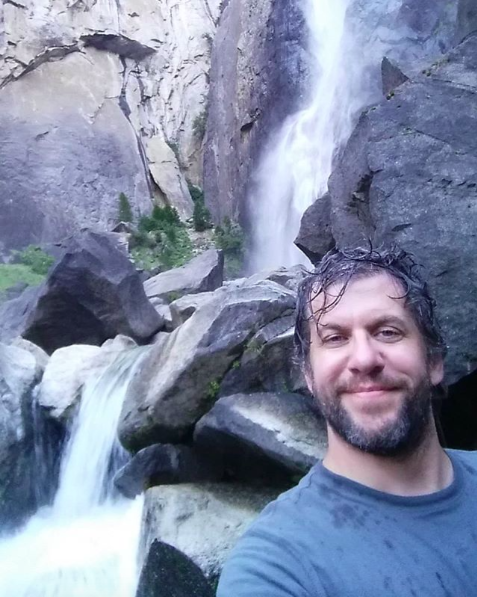 M2: Last question. The holidays are right around the corner. What’s on your must-have wish list?
“I want a Silpat baking mat. Should I apply for the Great American Baking Show? I really want to meet Paul Hollywood.”

“Mom, You’re Having a Stroke!” A Nurse Reflects Back On Her Life-Changing Stroke

Five Things You Don’t Know About Us: OLIVIA FOX