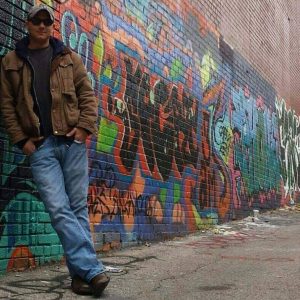 Just call Kansas City-native James Johann the “road warrior of comedy.” The stand-up comedian has been making people laugh for well over a decade—and you’ll often find him traveling around the globe to do so. (We caught up with him scrambling between flights from a recent cruise ship performance. Think of him as a local comedian that’s anything but …) If you’ve ever seen him perform, you know his slice-of-life comedy is “more brain than profane.” The funnyman is also a doting dad to his teen daughter. So, when we asked him what his favorite TV shows were, he totes deferred to her TV habits. Totes. 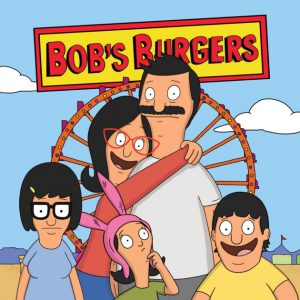 “Well, I usually only watch TV with my 13-year old daughter, Olivia. For fun, we still go to Bob’s Burgers almost every night. There is so much wrong with that cartoon that we start to actually feel alright about ourselves! Olivia loves Tina and I’m a fan of Louise. Almost every episode elicits a couple legit laughs and—in the end—pretty much everything always works out okay. Plus, it airs on Adult Swim which has those amazingly bizarre commercial breaks that make my daughter and me turn and give each other those old-fashioned, yet wholesome WTF? looks. What could be more fun?

Also, Olivia and I just can’t seem to get enough of LIVE PD on Lifetime. 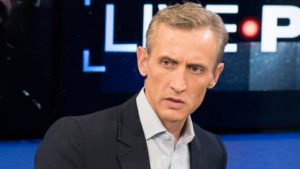 We love watching super-host Dan Abrams and his amazingly plush hair as he gallantly guides us through a cornucopia of terrible people in asinine situations. LIVE PD has helped desensitize my innocent child to the drug- and alcohol-fueled folly of the modern world! After all, what is TV for?! We binge-watch in our beanbags with movie-theater butter popcorn and always root for motorcycles to run, crackheads to explain, and for someone big and dumb to get the taser! We’ve come a long way since Barney Fife, kids!”