The Kansas City community has seen a coalition of community members come together and say together, “Enough is enough.” I’m inspired by those who have stood with us in solidarity during this challenging time for our country, and I know that we will overcome the issues plaguing Kansas City together.

Our community and our country are no strangers to challenging circumstances and injustice, but there is only one option: to make change together. We get through tough times taking advantage of our hard-fought rights to organize, protest, and demand action. Change happens when a coalition takes up the buck and does the hard work on the front lines themselves. I believe we need to build that coalition to include every American if we want to finally quash the last bits of racism in this country.

Racism comes in many forms—snide comments veiled as political opinions, police brutality, and racial profiling, just to name a few. I have to face these instances from someone crossing the street to avoid me out of fear, to someone outright using a racial slur when speaking to me. Navigating this current political and social landscape as a large black man is like walking through a field filled with landmines you know could end your pursuit for a better life.

I represent several marginalized communities, including African American, Native American, Caucasian, Pacific Islander, and LGBTQ+ peoples. For example, as an African American individual, I have always been aware and have forced myself to never raise my voice to play into the stereotype of the “angry black man,” especially when speaking to white people, and I know many in my community that do the same. I always make sure to dress in a suit when I navigate my professional life because I am well aware that some will judge me based on how I look and profile me much more harshly than if I were not a person of color.

Every day I take a jog. Even on a sunny day in the middle of the city, I fear for my life when doing so. It’s not an overwhelming fear, but one that I’m made to feel almost paranoid about. Considering recent events in this country, am I really that paranoid to think that I could be the next victim of an attack on a person of color by those who were sworn to protect us, or by a random racist white man with a gun? This is the reality that I and my community face every single day. 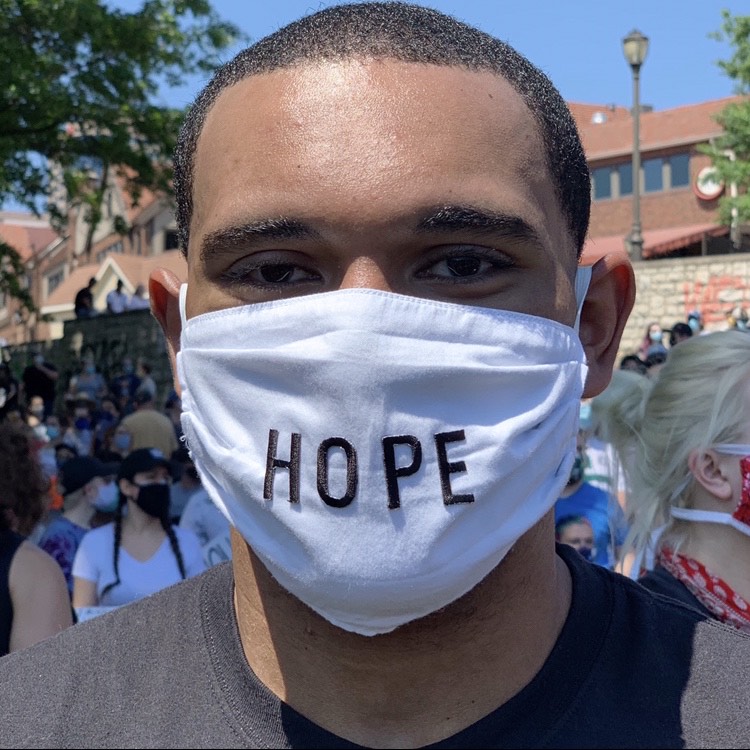 The reason why I work so hard to enact change in the community is to ensure that young African American men and women will not fear the police, that they can go on a jog without fear that they could be killed with no warning. Without being concerned about looking like “that black guy” if they raise their voice in a passionate debate. I do this for the next generation of young Black Americans in hopes that my fellow Americans and I will quash racism in this country, so that never again will there be an innocent black man murdered in the street yelling, “I can’t breathe! You’re going to kill me! Mama … mama. Mama …”

—Justice Horn is a community leader, public speaker, and social justice activist. Horn made history as the University of Missouri – Kansas City’s first openly gay multicultural student president. Before his time at UMKC, he broke barriers as the NCAAʼs first openly gay multicultural college wrestler. Now in politics, he is the youngest political consultant for the LGBTQ+ branch of the 2020 Joe Biden Presidential campaign. He was recently appointed as the Black Lives Matter Kansas City Co-President.

Op/Ed—Breaking the Silence: How Shame and Fear Are Killing Our LGBTQIA Youth and What We Can Do About It

Op/Ed: “We Just Hoped and Prayed That We Had Employers Who Supported Our True Selves.”