Our two favorite adventurers, Kim Farrell and Mady Johnston, had a crazy idea in mid-2018. They quit their respective jobs and hocked all their belongings to begin a devil-may-care journey around the world. Now they’re skipping around parts unknown and brazenly enjoying wherever the wind takes them. IN Kansas City is following these two travel buddies from Overland Park on their epic adventure.

Since the girls’ last update, Kim and Mady flew to Jakarta with plans to spend ten days at a silent meditation retreat. Those plans took a turn when Mady wasn’t admitted into the retreat and had to make a new plan—quickly. Uh-oh. Read on to see how Kim managed to handle ten days of silence and where Mady ended up after her plans fell through.

Mady: “Kim and I were so eager and excited to start our Vipassana meditation retreat. Vipassana is a unique form of meditation where you take a vow of silence for ten days, which means nospeaking, reading, writing, eye contact, physical activity, etc. We had our small bags packed, said goodbye to our family and friends and were prepared to mentally cleanse for the next week and a half. Uh, the universe had other plans.

We travelled two hours outside of Jakarta to reach the secluded meditation retreat up in the mountains. Upon arrival at 5 p.m., we began the arrival registration process and I explained to the staff that I would need to monitor my blood sugar during the retreat. (I am Type 1 diabetic). This would break some rules as you’re not allowed to access technology the entire week or food outside of scheduled mealtimes. I didn’t anticipate this to be an issue as I’ve never been in a situation where people aren’t accommodating to my health needs. I was wrong. The staff was hesitant to let me stay because reading my blood sugar would violate the vow of silence.

It was four hours of back and forth with the staff trying to find a solution so I could stay. At 9 p.m., each person was individually called into the meditation room where they officially went silent and began the retreat. Everyone entered (including Kim) and I was left waiting to see what they were going to do with me.

At 10 p.m. the staff told me I had two options: (1) choose to not read my blood sugars and stay for the duration or (2) leave. If you know anything about diabetes management, you know that I did not have a choice. They told me to leave immediately. It was 10:30 p.m., I had nowhere to go, barely any cell reception, and all of my belongings were in Jakarta (two hours away). I consider myself pretty resourceful and capable of thinking on my feet. But, in that moment, I felt so helpless. I really can’t explain how painful it is to be denied something based on something out of your control. It was heartbreaking and I felt worthless.

A woman volunteering at the retreat was going back to Jakarta that evening and offered to let me stay in her home. She was my guardian angel and I’ll be forever grateful she stepped into my life. I spent the night at her place and the next morning decided to fly to Sydney to spend the week with my boyfriend.

I believe that everything happens for a reason, so I needed to figure out what I was supposed to gain from this painful situation. Here is where I’ve landed: (1) Vipassana is most impactful when you attend solo and are completely alone with your mind. While Kim and I wouldn’t have been able to communicate there, we both agreed that doing Vipassana together seemed a lot less scary than doing it on our own. The world wasn’t going to allow this, and as a result Kim was gifted a powerful meditation experience that was amplified flying solo.

(2) Many people say that Vipassana allows you to work through challenging mind blocks or open your eyes to new ways of thinking/looking at things. What I faced when being denied the opportunity to do Vipassana honestly did just that for me, but without taking a ten-day vow of silence.”

Currently in: Jakarta, Indonesia
12 hours ahead of Kansas City 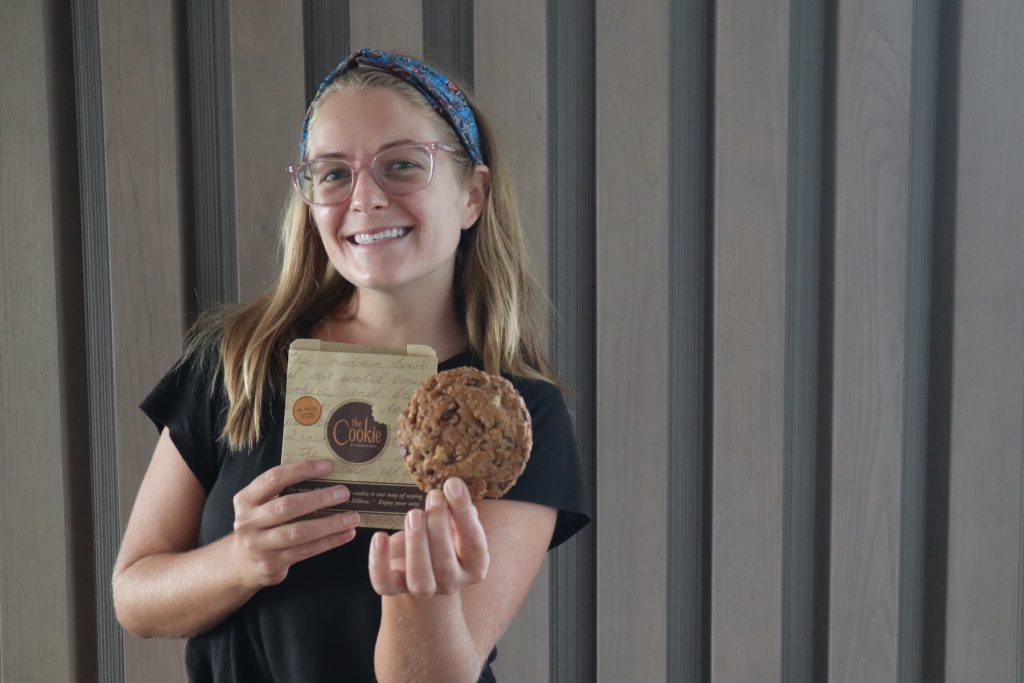 Kim: “It’s all about that warm cookie welcome. Enough said. We treated ourselves to a little R&R at the Doubletree before and after Vipassana. Duh.”

Mady: “Between pooling travel points and being flexible on timing, I was able to swing a round trip flight from Jakarta to Sydney for under $200. I had already been to Sydney twice on this trip, so why not go somewhere new for my now ten free days? I thought a lot about this, but ultimately I needed to be in a place that felt like home with someone to support me during what was a very difficult week.” 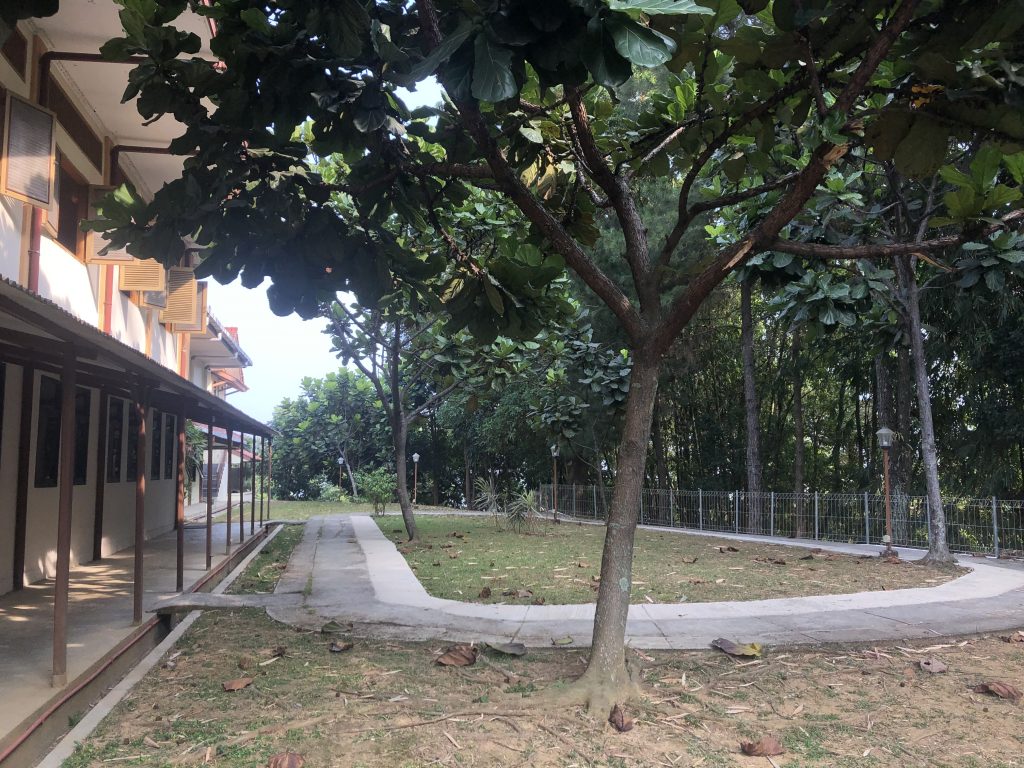 Learn the Lay of the Land:

Kim: “Whoa—my vocal cords hurt. I suppose ten days of silence will do that to you. Vipassana meditation is about clearing one’s mind through self-observation. It’s been found that the best way to practice this form of meditation is in complete silence. I’d be lying if I said I wasn’t nervous going into this. Walking into the first session, I had no idea what I had signed up for and how I would make it in this noble silence. I just went in open to ten days of work in silence—whatever that meant.

Our daily schedule: sit in the Dhamma (meditation) hall for a total of ten hours each day and go to mental work. The sessions ranged from one to three hours at a time. During the sessions, we focused on what sensations are being felt on your physical body: scanning your body from head to toes and toes to head, trying your best to become attentive to what you’re feeling in that moment. It seems like such a simple task, yet it was so hard. Trying not to wiggle or let your mind wander takes a lot of focus and energy—and, honestly, there were many times when I just let my mind do what it pleased. I’m only human. Once I consciously recognized that I was using mental distraction, I would return my focus back to my breathing and then begin to shift my focus on to scanning my body for sensations. Honestly, noticing sensations is pretty cool.

Post course observations: I became more observant of myself and others. During the course, I would make up personalities for the other meditators based on observations. There was the walking crew, sunbathers, food experimenters, and wigglers to name a few. Once we could speak, I had been dubbed the girl who spent her free time flossing her teeth. Little do they know; I found this new appreciation for flossing my teeth here as something to do.

Would I do it again? Absolutely. It was multiple days of ups, downs and new realizations. I learned more about myself in these ten days than I have in the last five years. I highly recommend this form of meditation and attending a Vipassana course. Each person’s experience is completely unique and this summary doesn’t even scratch the surface of mine. Want to chat more about it? Slide into my DMs.”

Wizard of Oz Tally: 99 (and counting)

Mady: “I can’t believe it’s been a full year since Kim and I started this journey! Time has really flown. Kim is flying back to Kansas City, where she’ll start reacclimating to life in the U.S. and fill her open schedule with things we’ve learned to love during our travels. I have a flight to Tel Aviv, which will kick off six weeks touring the Middle East before I fly home in late September. 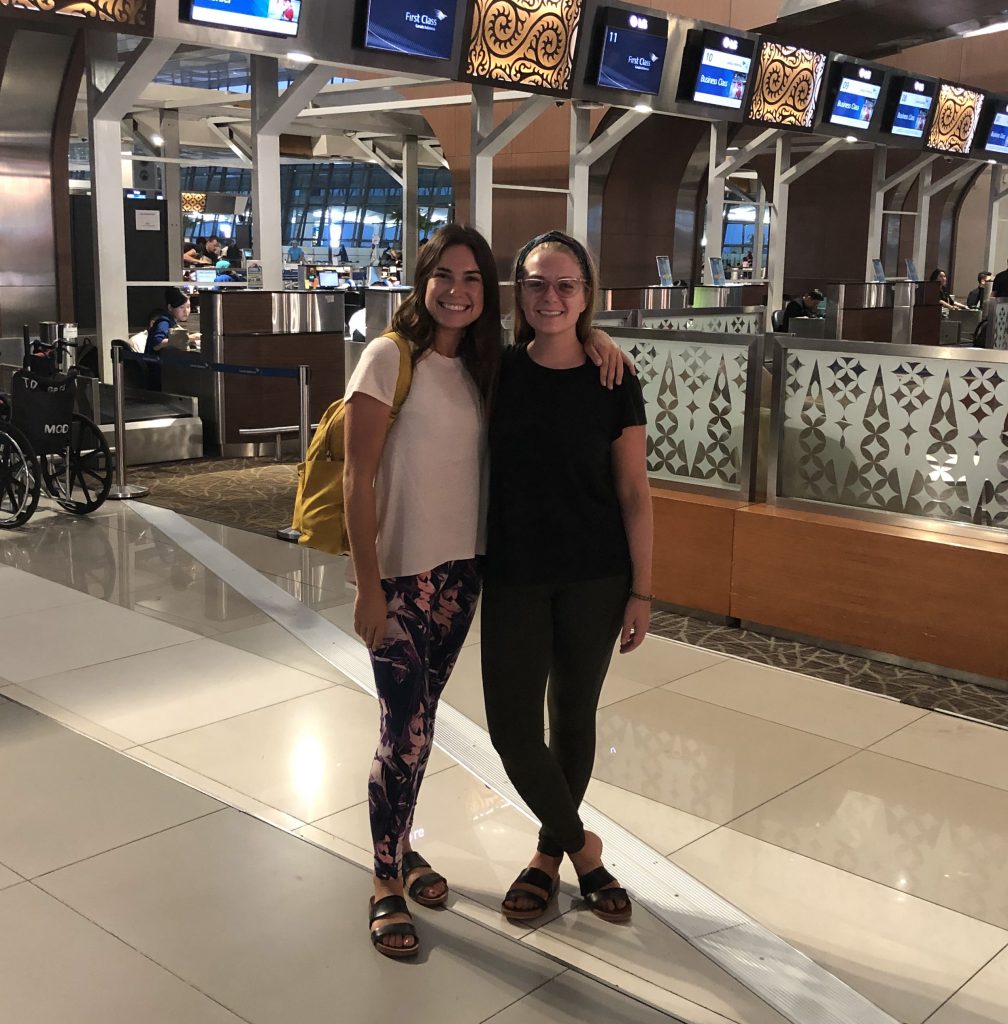 How was splitting up at the airport after a year by each other’s side? Easy. We were both laughing because we didn’t believe it was real. But as I walked through security and left Kim behind, I had the biggest knot in my stomach. Cue complete sobbing by myself in the immigration line. And then a text from Kim saying she was a wreck. Why did it take us walking away from each other to feel this way? No idea. But it was painfully sobering to acknowledge that a year of adventure had come to an end.

What’s next for us after over a year on the road? Stay tuned for one last update!”