She’s arguably the most successful drag queen to ever grace the main stage of RuPaul’s Drag Race. Of course, we’re talking about snarky, insult comic Bianca Del Rio who has spent nearly 25 years cultivating her own drag empire—one that included winning the sixth season of the popular reality competition show. After a successful world tour, the brash comedian is finally back in the States and bringing her “It’s Jester Joke” tour to the Folly Theater on Sunday, October 27. We caught up with the New Orleans native briefly between back-to-back performances to dish on all things Bianca and what it’s like to be an equal opportunity offender. 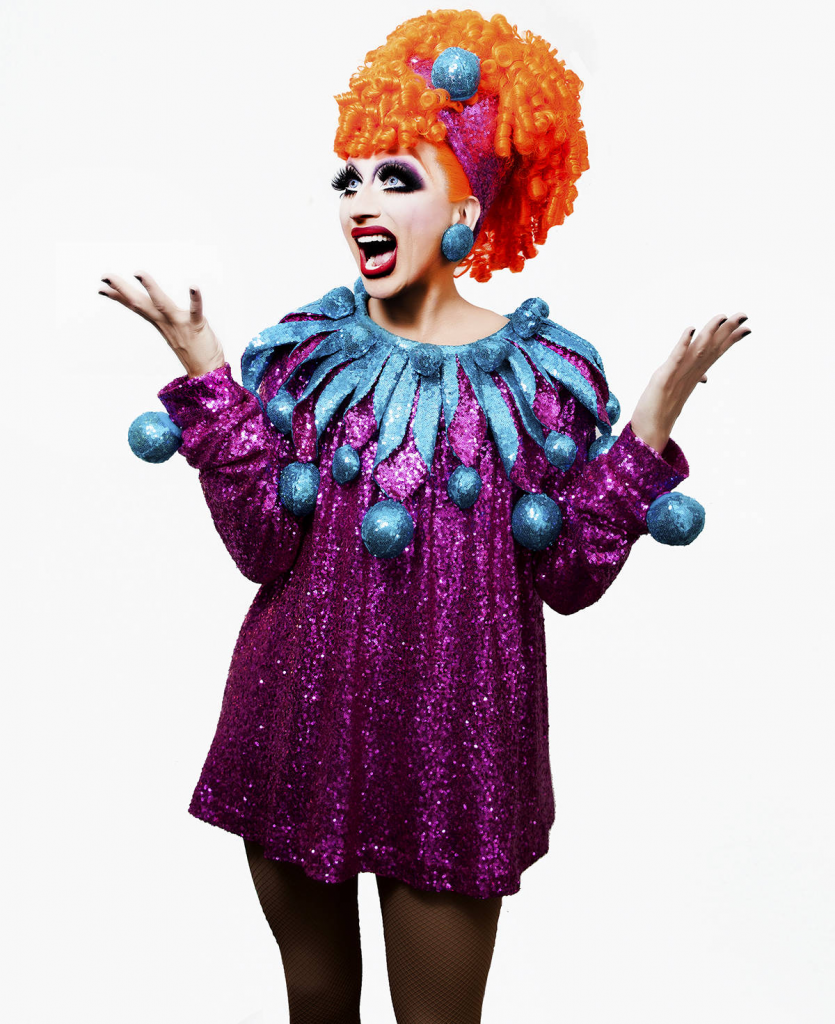 Hey, gurl, hey! Welcome back to the States! First question—how much trial and error did it take before you perfected your Bianca “look” that’s served you so well?
(laughs) “If you’ve seen my look, it’s definitely trial and error on a daily basis. It stems from not wanting to be natural. I’m not Trixie Mattel-level ugly—like, I’m somewhere between Lady Bunny and Trixie-ugly. I’m in-between. I worked with the opera and ballet and I’d paint people’s faces so their faces could be seen from a distance. That’s where it started. I’m 24 years in—and my eyelashes have gotten bigger. Oh, and if you want to look dainty, you’ve got to have big hair.”

That’s good insight! Is it harder for you to get ready—or take it all off at the end of the night?
“Make-up is not the hard part. The most disturbing part is shaving. Once I’m sitting in the chair and piling it all on—it doesn’t matter. The shaving and prepping your skin can be painful.” 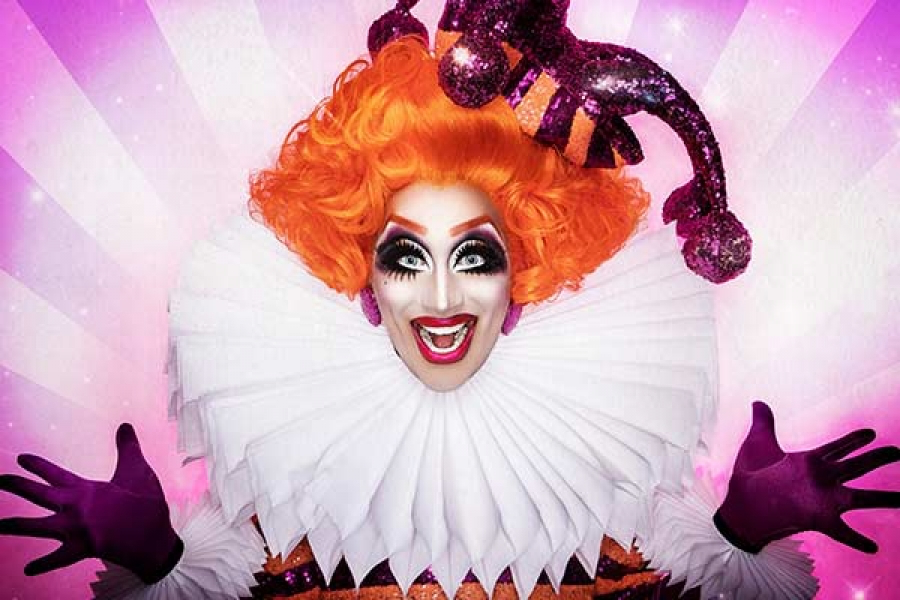 What should Kansas City expect when you bring “It’s Jester Joke” to The Folly Theater? I know you’ve performed there before and it’s gorgeous!
“It’s a beautiful theater. Expect the unexpected. That’s the crazy part about the show. I’ve been traveling with the show since February, and it changes each place I’m in. You end up with more material than you need, and then you apply it as needed to each audience. We talk about everything: politics, dating, my clown life, several friends of mine. It covers a lot of area, I must say.” (laughs) 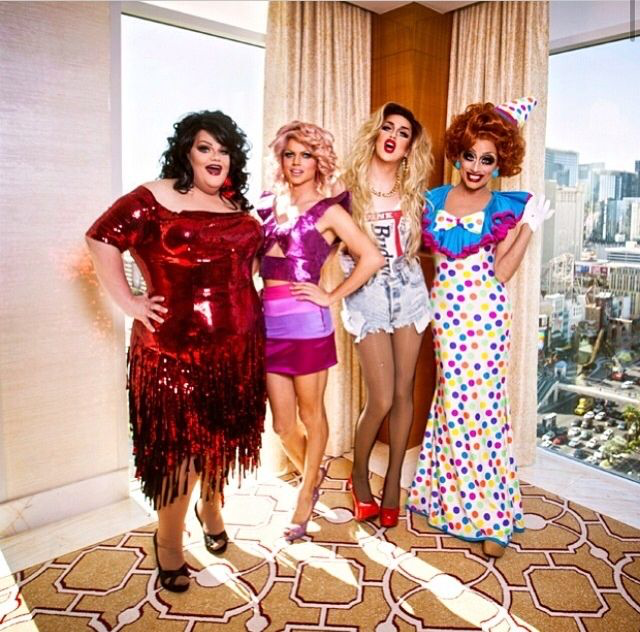 Please tell me you’re still tight with Darienne Lake and Adore—who I adore.
“Oh, God—yes! Darienne, Adore and Courtney and I—we’re all still close. We started a group text immediately after we were done filming the show in 2013, and it’s served us very well. No matter where we are in the world or what’s going on in our lives, it’s our best way of catching up and chiming in. It’s an amazing tool to keep us all connected—and we can gossip and talk shit about everyone else.”

I need to know, what town is your fave to play and what town do you hate with an almighty passion?
“It varies. Sometimes I’ve had a good night in a place and then next time I’ve gone—uh, it hasn’t been the best. You can’t blame it on a city. You have good shows and you have bad shows. I can’t think of a particular city—well, there was a time before I was doing my shows where I was working the bars and I was in Akron, Ohio—and that one was a toughie.” (That’s a diplomatic response!) “No, no, you know I don’t do diplomatic answers. It just means I drink and I can’t remember where I’m at.”

‘Fess up—when was the last time someone made you go, “Are you serious, bitch?”
“Anytime I look at a drag queen. I’m amazed at what’s called drag nowadays but, then again, I’m an old person. No, I say it on a daily basis—everything from drag queens to Starbucks baristas to the price of tickets. I’m always like, ‘What the f**k?’ That’s my approach to everything.” 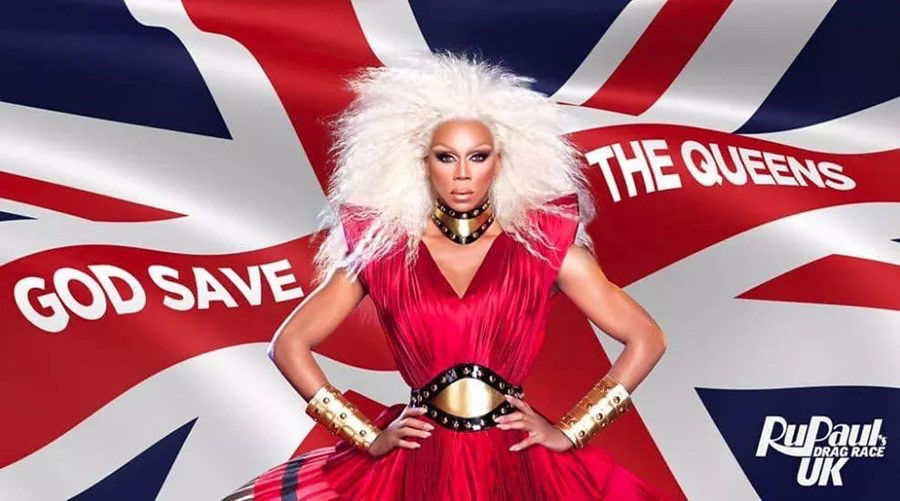 Have you seen the first couple of episodes of RuPaul’s Drag Race UK?
“I have not yet. I just went and bought a new computer to catch up on real life. I need to find out how to download it. I actually know a couple of the girls who are on it. It’s an amazing opportunity. Audiences in the U.K. love drag.”

Thank God for those subtitles, though. I can’t understand them. Bless.
“It’s pretty difficult. Growing up, I didn’t know much about the distinctive (English) accents and when I spent time there earlier this year, you can really figure out who’s from where. It can be tricky, so it’s good the subtitles are there.” 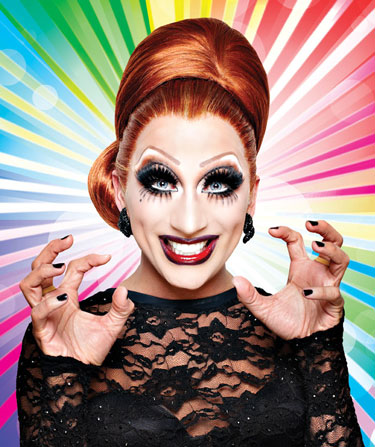 Finally, what’s your absolute all-time best insult? There’s gotta be one.
“There’s so many. So many things happen in the moment, you just think, that worked. Usually when you’re in the theater and someone yells something to you from the back, my usual response to that scenario is ‘Next time spend a couple bucks so you can sit up front so I can f**king hear you.’ A lot of things translate—it just depends on the night and where you are and how many drinks I’ve had.” (laughs)