Rocker (and former Poison front man) Bret Michaels is quite possibly the world’s most polite, congenial (and chattiest) interviewee ever in the history of interviews. 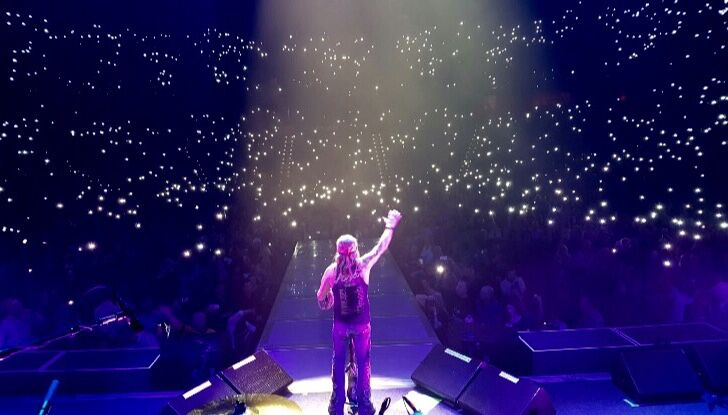 Our digital editor Michael Mackie dished with him recently about his upcoming Hometown Heroes performance at Silverstein Eye Centers Arena in Independence on November 10th. Michaels—along with guitar goddess Lita Ford and country superstar Joe Diffie—will be holding a “rock-n-roll party to recognize local active military, veterans, teachers and first responders.” The first thing out of Michaels’ mouth before the interview even started? “I can’t wait. This is going to be an incredible show. I love me some Missouri!” 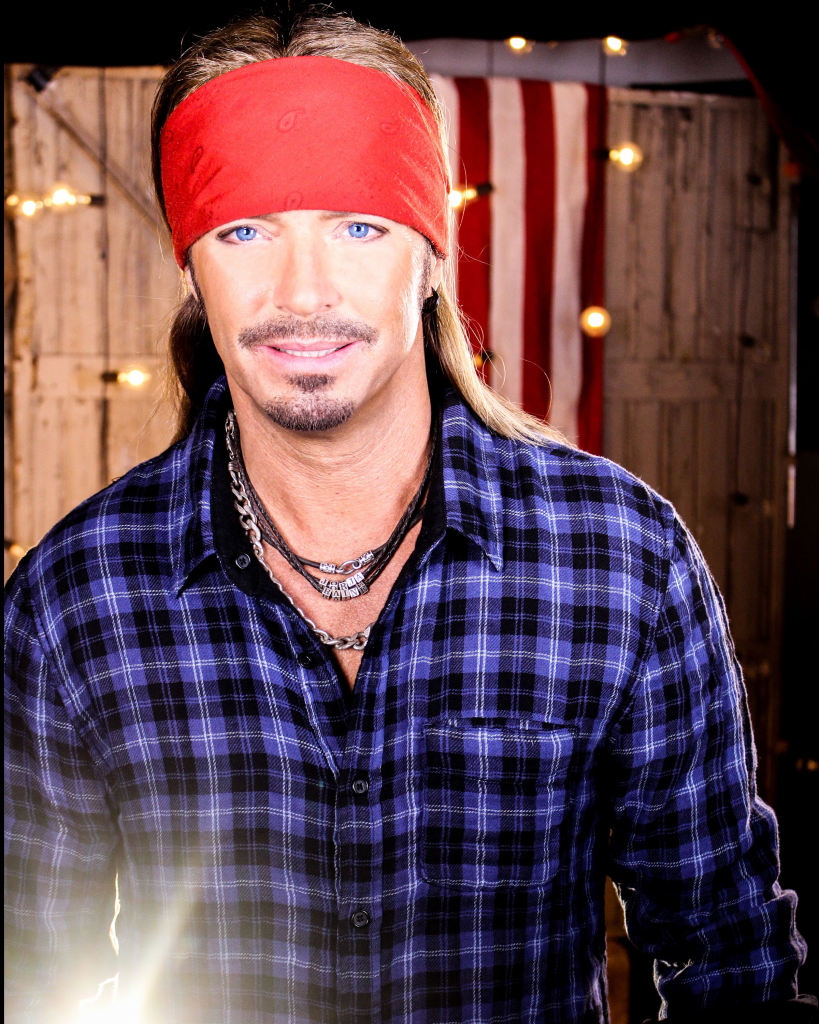 Let’s kick this interview off with a couple of questions from our readers. First up, would you ever consider doing a jukebox musical of your catalog—you know, like Mamma Mia or Cher?
“I’ll say this, I’m doing—my production company and a joint production company that does these sort of things—we’re doing something really interesting and creative with what will be my autobiography. Something beyond the music. Like, the things that in my life that got me to write these songs. It’s not quite in musical form. It’s in an interview form with some incredible scenes by true actors showing you moments of impact in my life. We’re working on that as we speak. It’s not quite a Mamma Mia, it’s a grittier version.” 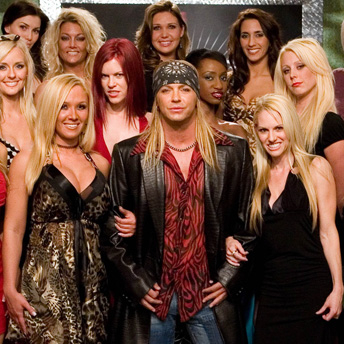 Let’s dish on Rock of Love for a hot second. Do we need a Rock of Love for this generation? And who would be a good candidate?
“We absolutely do. I want to come in and be a—how about this?—rock guru love advisor. We’d need to ask the fans who they think would be right for the new generation of musicians or artists—pop or country—to be featured on there. Ooh, and I could be there helping guide them through situations.” 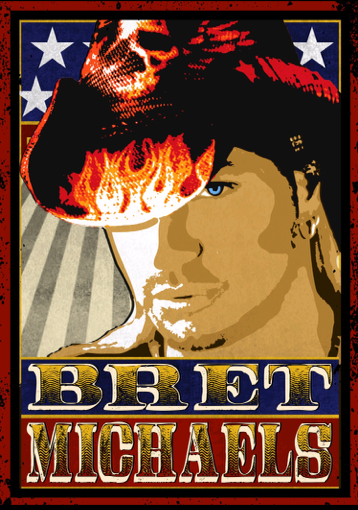 What’s on Bret Michael’s iPod? Like what was the last song you just listened to perhaps?
“Earlier today I was working out. I’m going traditional old school here—this song gets me fired up. I don’t know what it is—maybe it’s the guitar riff in the beginning—but I was listening to AC/DC’s Thunderstruck. But I listen to everything—Bruno Mars, country, all sorts of pop. I love it all. Music is meant for what moves you. (So AC/DC got your butt moving today, is that what you’re saying?) “It got my butt going and my blood sugar right, my diabetic blood sugar. AC/DC put me in the right!” (laughs)

You sat down with Dan Rather recently for what I’m guessing is a more serious interview than this. What was that like?
“It was incredible. Dan came out to my ranch in Arizona and he was the most wonderful, human being—completely sincere. We ended up talking for an hour before the interview and a couple hours after. It was an amazing day in my life. There’s an air around him—knowing the history he’s had, the highs, the lows, the interviews he’s had, the places he’s been. It was an incredible interview. I’m looking forward to people seeing it. Also, and I’m throwing it out there—but Dan threw down a little bongo while I played guitar. I’m just sayin’. A little backing guitar bongo.” 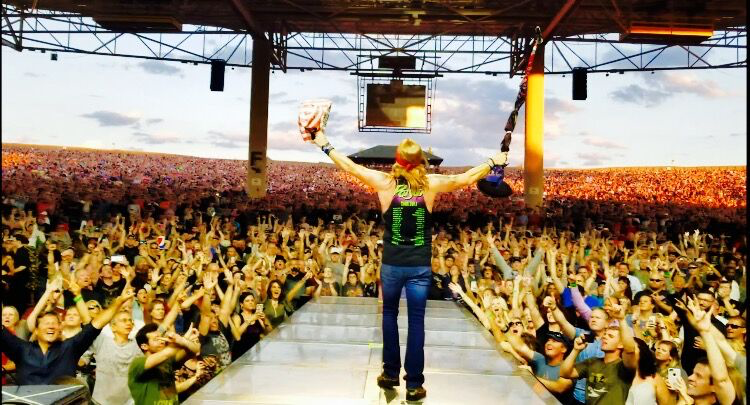 I don’t even know who Dan is anymore!? So, your military support is a huge part of your life, yes? I was sorry to hear about your father’s recent passing, he was a veteran, yes?
“My dad was a veteran and recently passed away. I say this to anybody who’s lost a parent—especially when you’re as close as my pops and I were—it’s a really tough experience. Take it day by day.

My whole career—and I’ve said this very sincerely from the beginning—when I bring veterans, first responders, fans, teachers, utilities workers up on stage during (the song) Something to Believe In—I celebrate them with zero—and I mean zero, politics. It’s a thank you to our freedom, our freedom of opinions and the sacrifices they make.” 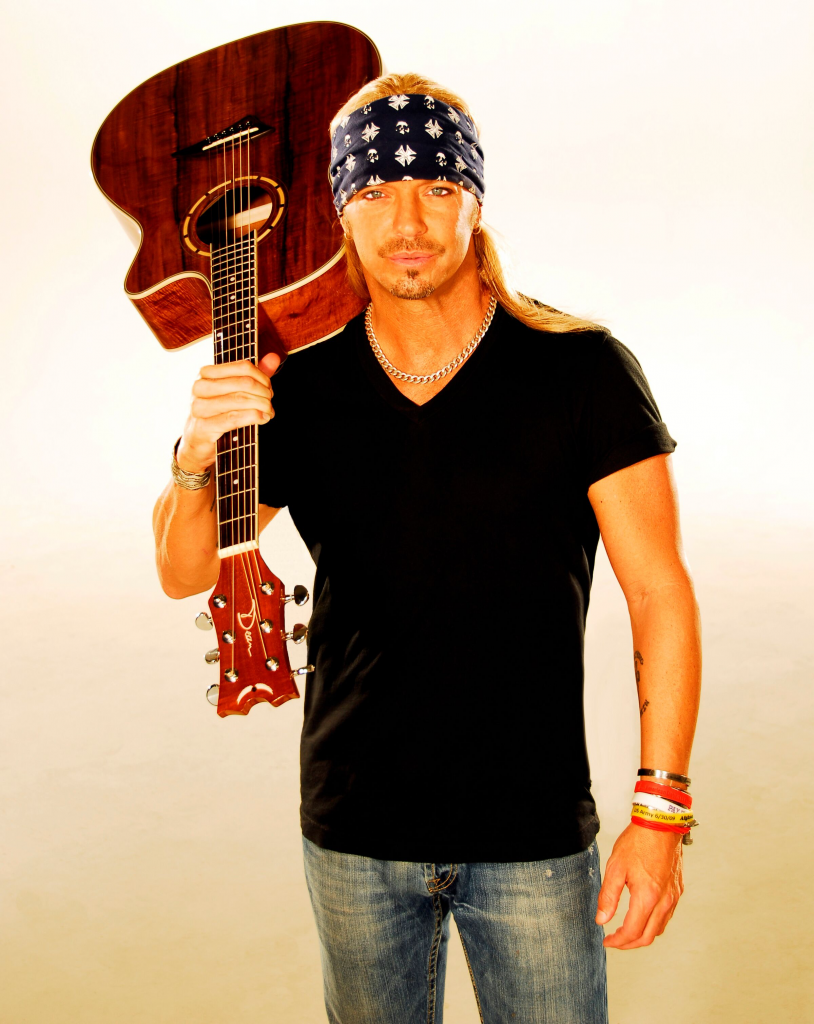 So you’re coming to KC for a Hometown Heroes Tour alongside Lita Ford. Tell me what we should expect?
“It’s gonna be incredible. If I’m not completely insane, the audio-visual experience you’re going to see is bigger than even the biggest Poison show! The visual experience is incredible, but there are also some very intimate moments, personable and fun. Lita Ford is bringing all her hits in a rock show and my good friend Joe Diffie—a country legend—is going to join me on stage that night having fun doing some songs.”

Good segue! You’re known for hair metal, but isn’t it fair to say you also have a fondness for country music?
“100 percent. This is the thing—as an artist, the one thing I’ve been able to do for myself, I’ve been able to live outside the box. But then you’ve got to learn to live outside that box of things you love. When I grew up, I listened to everything on albums or 45 singles. Big band, traditional country, early rock and roll—like Elvis, the Stones, Hendrix. I would listen to all that as a kid and that played into my life. And I think the digital world is amazing. And it’s opened people up to so many different styles of music.”

On a weird personal note—little known fact—you and I both suffered nearly the exact same kind of stroke just days apart from each other in 2010.
“First of all, let me say, I’m glad you’ve recovered. I meet so many people who don’t survive that type of brain hemorrhage or they’ve been disabled by it. It’s an incredible battle to recover. It takes willpower. You know when people talk about PTSD? Those are muscle memories and, trust me, there are moments when I remember the explosion—that thunderclap in my brain. (Boom! I know exactly what you’re talking about.) I relive it like a flashback. I’ll get a sharp pain in my head and it triggers an immediate memory of the brain hemorrhage. (Michaels’ stroke was caused by blood clot complications from an appendectomy.)

They never found the cause of my stroke. I could worry, but I’m just going to live my life to the best of my ability and be the best me I can be. “Let me say—me and you—we’re gonna be in a campaign together called ‘Live Your Life The Best You That You Can Be.” The truth is, I’ve gone back to dirt bike riding, go-carting, mountain biking, playing a lot of football with our crew. I do a lot of stupid stuff I shouldn’t being doing in snowy truck-stop parking lots. (laughs) But it’s what I like to do. You just said it, you’ve got to stay unbroken and just move forward.” 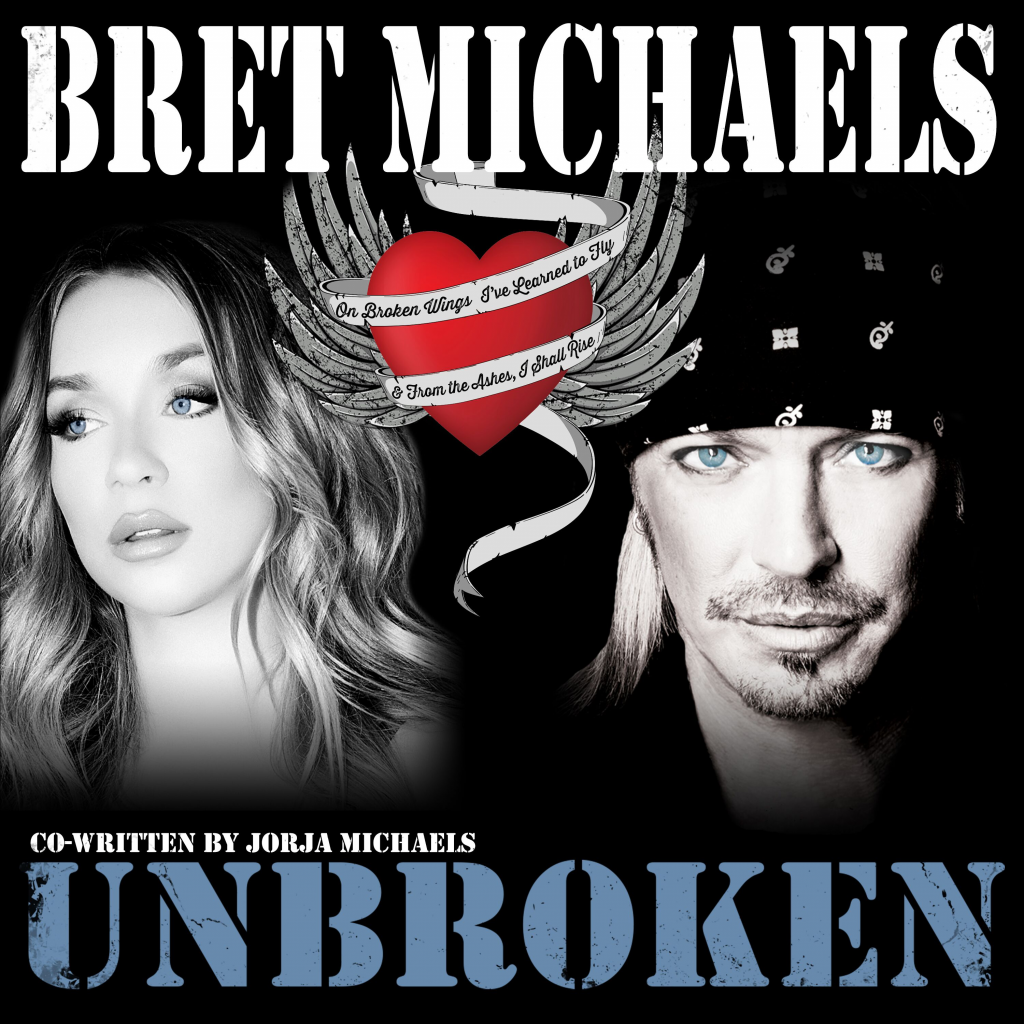 Switching gears. Your daughter Raine was a finalist for the Sports Illustrated swimsuit model of the year. In fact, you have two lovely daughters. What advice does Dad give them.
“Here’s my advice. On a serious note, I’m an extremely supportive, fun dad—but I’m an extremely protective dad. Not where I hinder them, but I’ve taught them from childhood to go with their gut. I advise everybody to do the same, when something doesn’t feel right, get outta there. Raine goes to a university not far from you for sports broadcasting and journalism. She loves journalism. And she had an opportunity to do this and ended up being a Sports Illustrated swimsuit model and made it into the magazine with the other top six. It was incredible. My youngest daughter Jorja Blue goes to a school for arts and music and she wrote the new single Unbroken with me. It was an incredible bonding experience.

Oh, and as a dad, I tell them—do as I say not as I do. As a parent, you hope to make them better than some of the less reputable decisions than we’ve made—er, I’ve made! (laughs)

Finally, I’m going on the infamous 80s cruise next year, young man. Don’t think I’m not going to hit you up in March, so we can party for my birthday. You down?
“I am 1000% down. We shall party. We got lots to talk about. You’re a fighter and survivor. We shall celebrate life on that 80s rock cruise. We’re gonna incite and ignite the party!” (Aww—you get a gold star. You just made my day. I think we share the same brain—uh, figuratively and literally.)