Paul Kempinski has been a driving force at Children’s Mercy since he started almost two years ago. Besides creating a new strategic plan for the hospital, he’s been instrumental in the planned 2021 opening of the Children’s Mercy Research Institute.

And now that he’s moved to KC, he’s become a fan of the Hallmark Channel and watching “what seems like the same movie over and over again,” he says. “My wife makes fun of me all the time for it, but those ‘feel good’ movies provide a great distraction from all of the negative stuff you find so much across the rest of the airwaves. We need positives in our lives right now.”

We caught up with the hospital administrator extraordinaire to find out five things you don’t know about him. 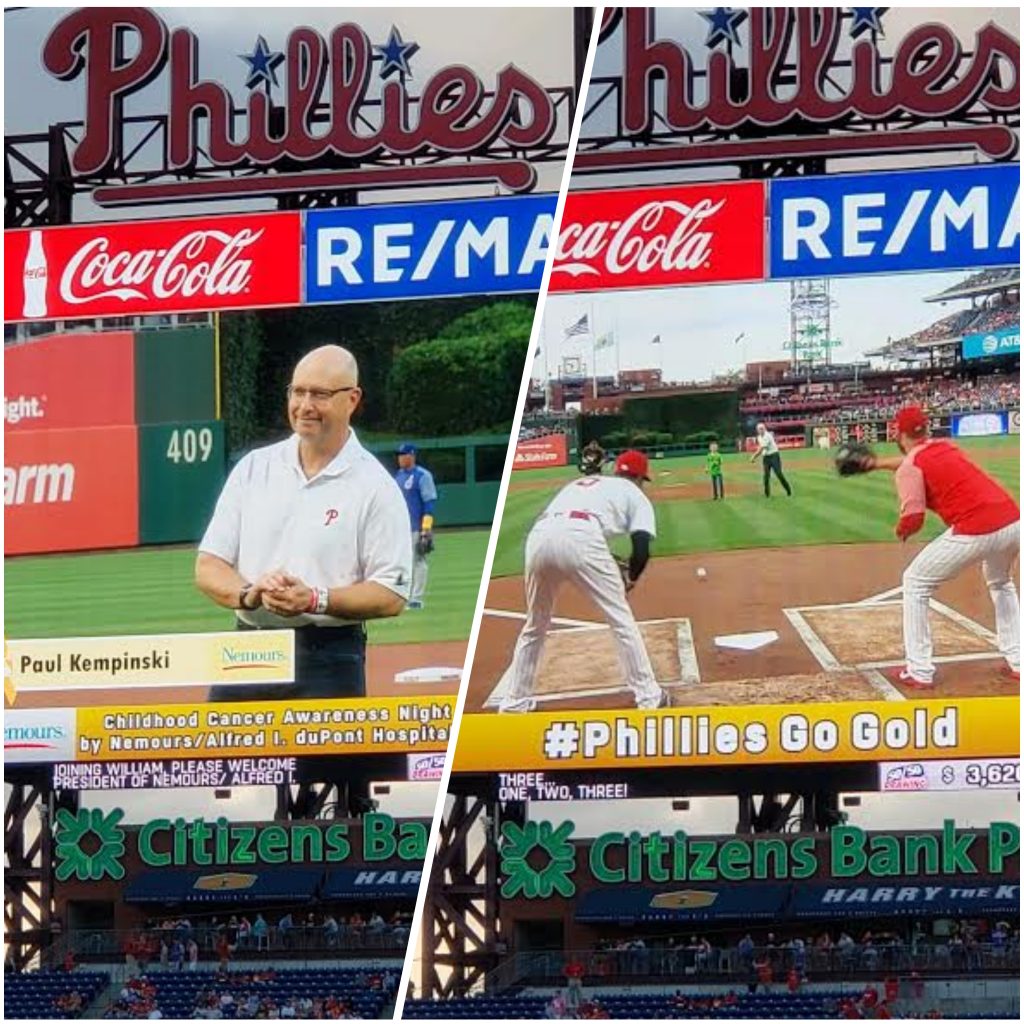 5. I love baseball. I even threw two no-hitters in my school career, with a record of 1 – 1. (Yes, that’s true.)
“You can imagine the thrill I had by being invited to throw out the first pitch at a 2017 Philadelphia Phillies game side-by-side with one of our young patients. I warmed up in the backyard with my daughter for 15 minutes before leaving for the game and threw a perfect strike at Citizen’s Bank Park. Not sure if my torn labrum has healed yet, but it was worth the bucket-list item being checked.” 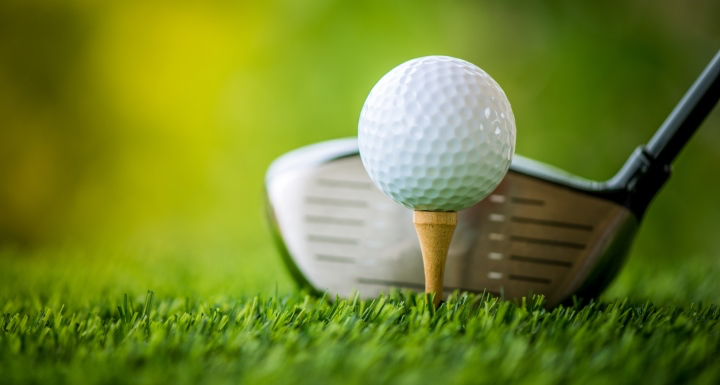 4. I’ve had the chance to play golf with some amazing people.
“Tom Watson being one of them. One of my favorite experiences, however, was when my friend and I were playing golf on a public course in Florida some years ago. We got teamed up with a single who turned out to be author James Patterson. We basically interviewed him for the entire round. He couldn’t have been more gracious and interesting. At that time, he would write his books by hand. I’ve since read about 20 of his books, usually on vacation when I need to escape.”

3. Speaking of golf …
“I had my first hole-in-one this year at Loch Lloyd Country Club. What a thrill. Pure luck as well—as you would know if you saw my game.” 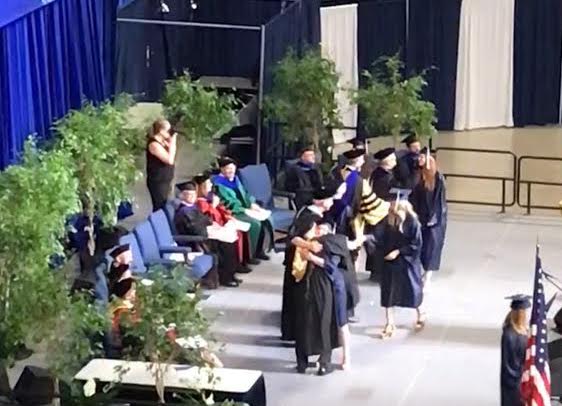 2. I gave the commencement address to 1,000 students in the College of Human Development at Penn State University in 2018.
“Among those graduates was my daughter, Jenny. I had the greatest pride imaginable being able to hand her the diploma on stage and give her a long hug with tears of joy.” 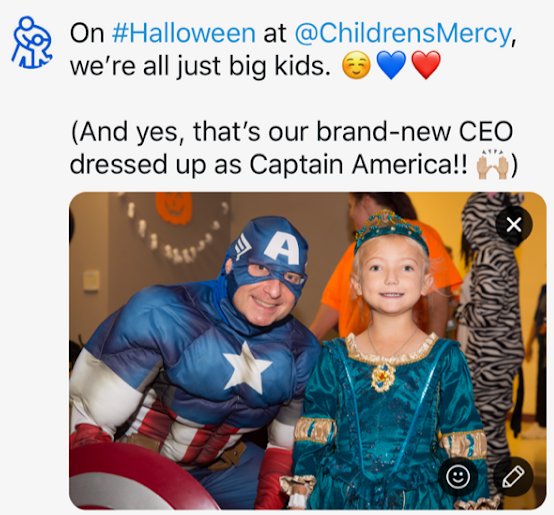 1) Each year, for about 15 years, I’ve come to the hospital in costume on Halloween.
“I spend time with our patients and employees, and lead lip-sync contests by employees and entire departments who dress up, perform—and are then judged by our patients. In fact, I started at Children’s Mercy officially on November 1st of 2018 but arrived one day early on Halloween dressed up as Captain America. So the first view of the new CEO was in costume. It was great fun, and helped to show a little of my personality right from the beginning.”

DEMDACO Looks Forward After 25 Years of Lifting the Spirit