Well, it would appear that we’re all hunkered down for another few weeks. Time to continue our brigade of binge-watching, yes? Here are some of our fave, mindless sitcoms that give you exactly 24 to 27 minutes of comedic relief. Oh, and each has a Kansas City connection. 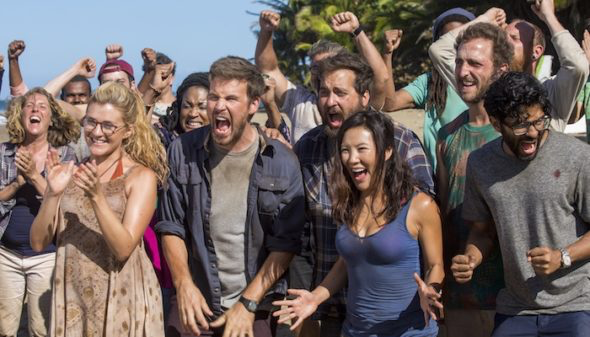 7) TBS’ Wrecked (2016-2018) was created by two Blue Valley Northwest grads, brothers Justin and Jordan Shipley. The premise? Think Lost meets It’s Always Sunny In Philadelphia. Wrecked follows a group of extremely diverse survivors of a plane crash on a remote island. Of course, mayhem ensues as crash-ees clash on how to stay alive and/or get off the island. No big name stars in this show, but that only helps the ridiculousness of the hapless survivors’ predicament(s). (Seasons 1 – 3 streaming on iTunes and Amazon.) 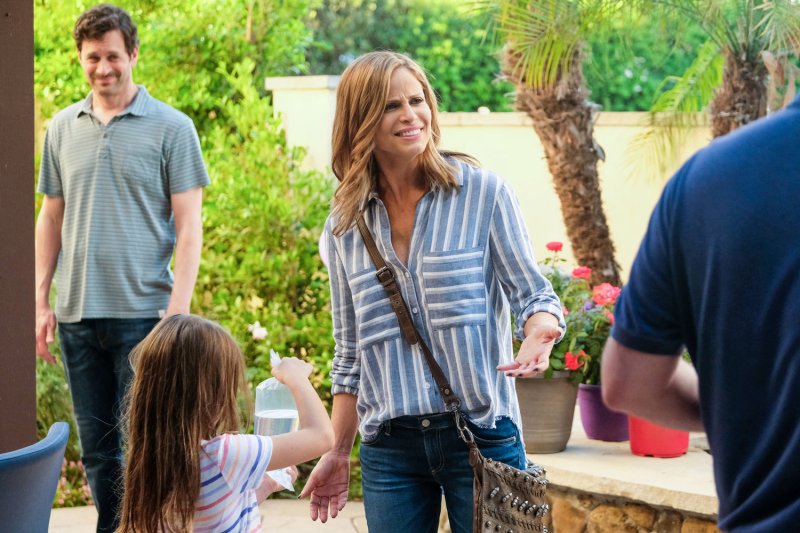 6) Okay, we’ll admit—this one is a stretch. But we recently stumbled across TruTV’s I’m Sorry (2017 – ) which features creator and star Andrea Savage as Andrea—a comedy writer, wife and mom of a kindergartner. The beauty of the show? Andrea constantly tries to instigate bits into her everyday life with hilariously complicated effect. It’s clever, quirky and features a slew of peripheral characters with zany, recurring storylines. (Plus, we love that she swears 2,219 times per show. It’s just like the moms we know in real life. Sorry, not sorry.) Oh, and there’s a cameo in season two by KC’s own Tosin Morohunfola as an overly perky waiter. We know, we know. We’re reaching. (Seasons 1 & 2 now streaming on Netflix.)

5) Malcolm & Eddie (1996-2000) was UPN’s updated version of The Odd Couple with two friends (Malcolm-Jamal Warner and KC’s own Eddie Griffin) who share a place in, you guessed it, Kansas City. The premise? When the guys are unexpectedly showered with a considerable sum of money, they decided to buy not only the old Irish pub below their apartment (based on Kelly’s—because, natch!), but the entire building. Shenanigans ensue. It’s four seasons of one character bailing the other out of comedic hot water. (Seasons 1 – 4 now streaming on Hulu.) 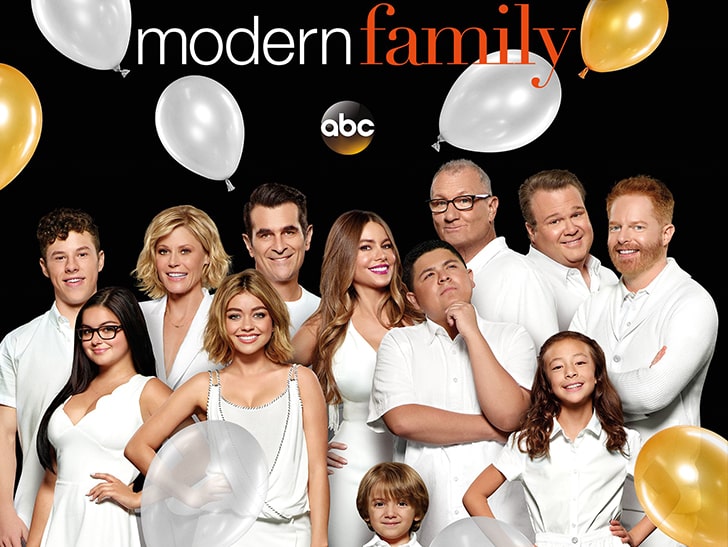 4) Chances are if you watched ABC’s Modern Family’s (2009 – 2020) finale last week, you’re probably still a little verklempt. For 11 seasons (and a whopping 250 shows), the show revolved around the interrelated, blended-family antics of patriarch Jay Pritchett’s clan (played by Ed O’Neill). KC native Eric Stonestreet won two Emmys for his portrayal of the oft-exasperated husband of Jay’s son, Mitchell. Early seasons show just how ingenious the writers were with real-life family scenarios playing out with charmingly, witty effect. In later seasons though, the show started to lose some of its self-aware, playful vibe. Regardless, if you watch them all non-stop and back-to-back, it will take four days and change. What else do you have to do? (Seasons 1 – 11 streaming on DirectTV, Season 11 on Hulu and ABC.com)

3) From Supernatural to Felicity, Columbia, Missouri native Rob Benedict has about a bazillion TV credits under his belt. Our fave? The relatively obscure sitcom Head Case (2008 – 2009) which aired on Starz and starred Ali Wentworth as a self-absorbed, judgmental therapist to the stars. Benedict played her loveable, anxious love interest. The show features a virtual who’s-who of celeb cameos playing themselves as patients. It’s mindless entertainment with two seasons of subtle, well-written humor. (Available for purchase on iTunes and Amazon.) 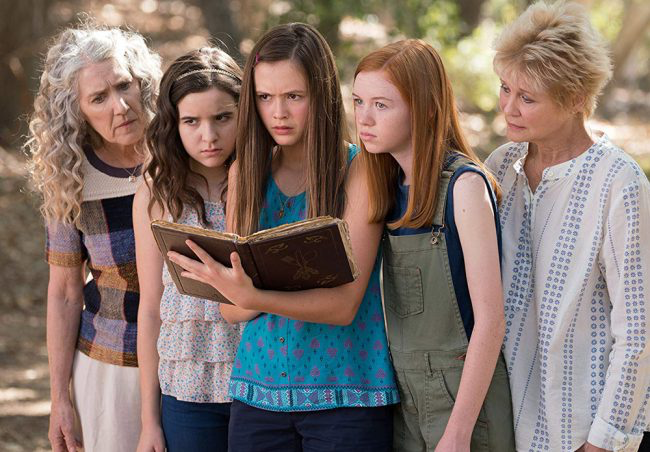 2) Need something kid-friendly? May we suggest Just Add Magic (2015 – 2019) which stars KC’s very own Dee Wallace as a beguiling, but well-meaning grandmother whose cookbook stirs up all sorts of bewitching antics with her granddaughter and two best friends. “Amazon Prime is gonna get me out to a lot more people than E.T. ever could,” the actress laughs in a recent radio interview. The show not only has a stellar 4.9 rating on Amazon, but the reviews commend its clever family-friendly sensibilities. Dee Wallace + wholesome sitcom = winner! (Seasons 1 – 4 on Amazon Prime.) 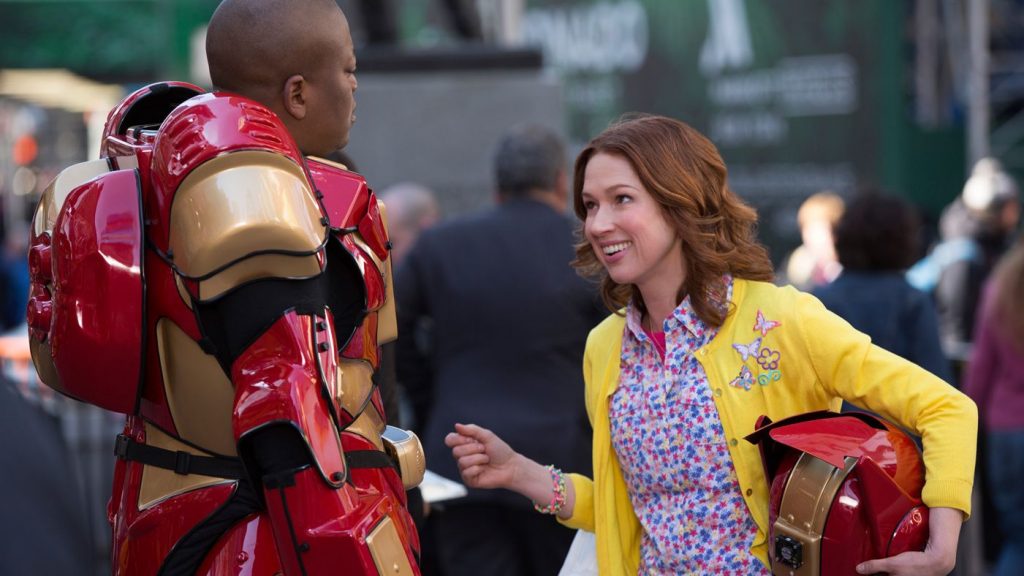 1) Ellie Kemper—who was born in KC but calls St. Lou home—leapt in the universe’s stream of consciousness playing the adorbs, dingbat receptionist Erin Hannon on The Office. That’s an easy pick, but we’re more partial to her starring role in Netflix’s The Unbreakable Kimmy Schmidt (2015 – 2019) which was the perfect vehicle for Kemper’s rubber-faced, physical comedy. The Tina Fey-produced show follows 29-year-old Kimmy Schmidt (Kemper) as she adjusts to life after her rescue from a doomsday cult in the fictional town of Durnsville, Indiana. (It’s a comedy! We swear!) Nominated for 18 Emmy awards, the critically acclaimed show offers up rapid-fire, machine-gun laughs and heavy-hitting co-stars, Jane Krakowski, Tituss Burgess and Carol Kane. (Seasons 1 – 4 on Netflix.)