As the world mourns the loss of NBA superstar Kobe Bryant, friends, fans, and colleagues have been sharing stories of the basketball behemoth. Local actress and choreographer Gaby Lucas had an incredibly chance encounter with Bryant more than 20 years ago in—of all places—Paris, France. We caught up with Lucas to tell us about the memorable experience.

“It was October of 1998. I was visiting Paris with my sister, and we were having dinner in the middle of Champs-Élysées. I saw this tall, handsome man walk by and I told my sister, ‘I’ll be right back, I think I just saw somebody I know.’ (The next sequence is still vivid in my mind—uh, and still embarrassing to admit to this day.)

I ran behind this man I thought I recognized and said, ‘Excuse me, I’m so sorry but—don’t you play basketball?!’

‘Don’t you play for the University of Kansas?” I asked. (I know. So embarrassing.)

He started laughing. ‘Well, no, we are not boyfriend and girlfriend anymore.’ 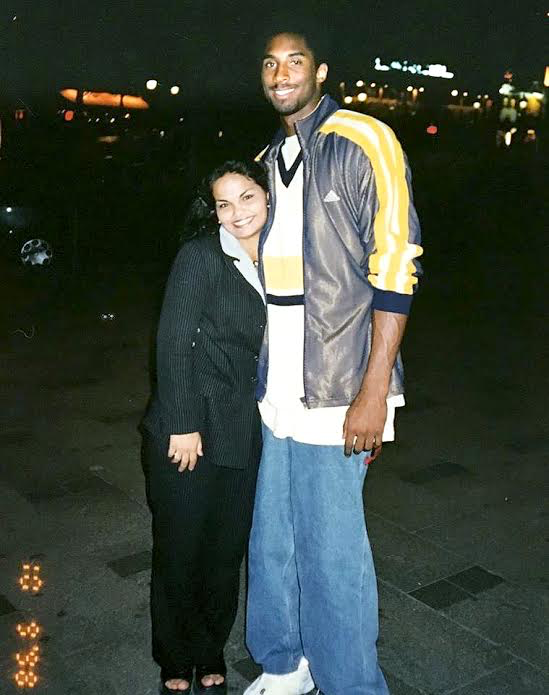 The man literally waits more than five minutes in the middle of Paris for me to get my camera so I could take this picture with him. He asked his buddy if he could take the pic. He giggled, asked me for my name and hugged me as if we were homies. And then Bryant offered to take a pic of me and his friend, who turned out to be Tracy McGrady! Who knew?

I didn’t realize what a big deal he was until later on. So sad, indeed. Rest in peace, Kobe.”