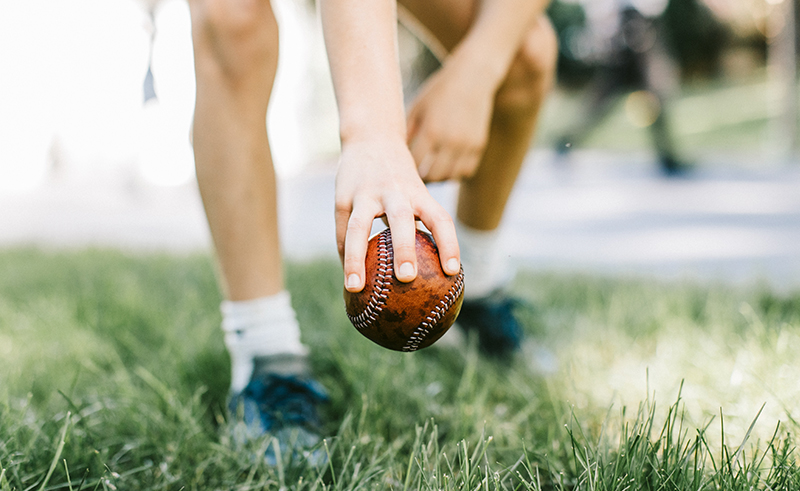 A ball of tape that was tossed around a Kansas City office inspired the idea for a new game ball that reached its Kickstarter goal just six hours after it launched.

“We spent a lot of time brainstorming when the pandemic slowed things down, and we had this tape ball—it was literally just masking tape we pulled off the floor—and we’d go outside and chuck it around because we didn’t need a glove and everybody could join in during brainstorming sessions,” says Chad Hickman, the cofounder and co-owner of Sandlot Goods, a Kansas City sports apparel company.

After chucking around the tape ball for a few months, Hickman and his team realized the answer to the question of the company’s next big product was in that ball of tape—it inspired the team to get outside, get moving, and the activity sparked creativity among the Sandlot team.

“Throughout those months we thought we should really try to make this into something, and we had the tools to do it,” Hickman says. “So, as we thought about the size, materials, and weight we tried to mimic that tape ball. We wanted something that could be caught without a glove, that wouldn’t be too bouncy, or too light, and we ended up with a wonderful little softball that we could just chuck around.” 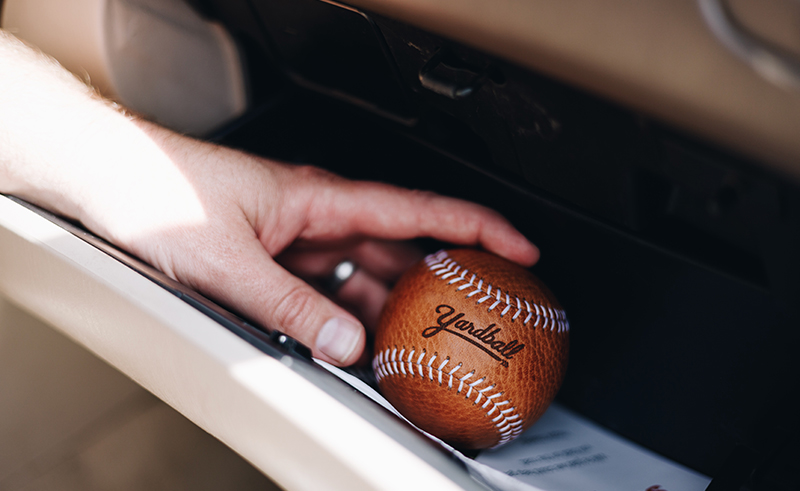 After testing hundreds of configurations, Hickman’s team landed with the Yardball, a handmade and handstitched lightweight ball that can be tossed around anywhere by anyone.

After testing several variations with the team—and even a teacher who tested several iterations of the ball with their students—the Sandlot team felt confident they could call Yardball “the perfect ball,” and it was time to launch the Kickstarter campaign.

“The Yardball is meant for that impromptu game of catch,” Hickman says. “It’s perfect for getting everybody involved because there’s not that fear factor with getting hit with a hard baseball because you’re not great at catching. We call it the ball for all, and we truly believe that.”

After generating some buzz on social media, the Kickstarter campaign has been wildly successful. As of July 27, the campaign has raised nearly $70,000 of its $15,000 goal with 18 days left to go. 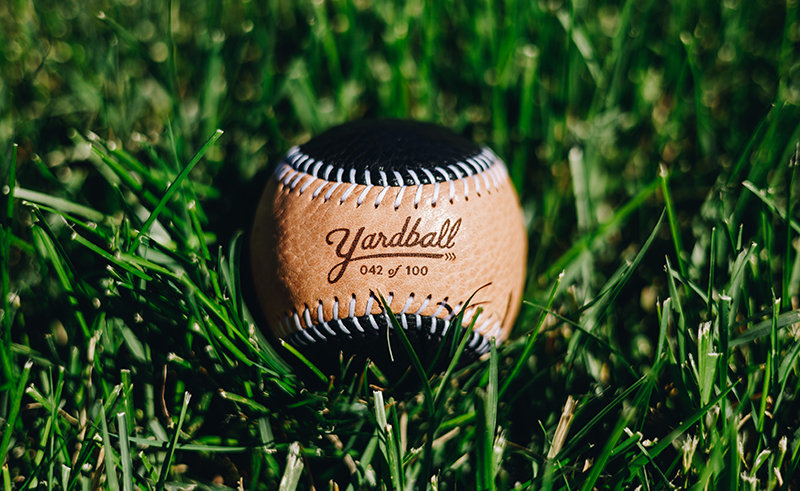 As Yardball has taken off, Hickman says he’s been getting a lot of questions about how to play yardball.

“We’re being asked what the rules of yardball are, which makes sense. Soccer balls have soccer rules, and basketballs have basketball rules,” Hickman says. “Now we’ve got to come up with rules for yardball, and we’re trying to think about what kind of materials we can put together to have a yard bat because that’s one of the requests we’re getting on Kickstarter.”

Now that the Kickstarter has surpassed Sandlot’s original goal, Hickman is hoping it reaches $100,000 so the team can work on adding new color options and customizations. The Kickstarter ends on August 15, with pledges starting at $35 for one Yardball.

The Book of Thanks: Practicing Gratitude Leads to Better Health