You know that kitschy ’60s song with the refrain that says, “I’m so dizzy … my head is spinnin’?” Why that tune isn’t playing when visitors traipse into Union Station’s new Museum of Illusions, I’ll never know. It should really be its theme song. Kansas City’s newest attraction is a logic-defying, head-scratching, vertigo-inducing good time. Filled with optical illusions and interactive games and puzzles, it’s on point to become the metro’s most popular family-centric venue. (A whopping 2,600 patrons stumbled through the 70-plus exhibits last weekend. And, yes, stumbled is the operative word.) 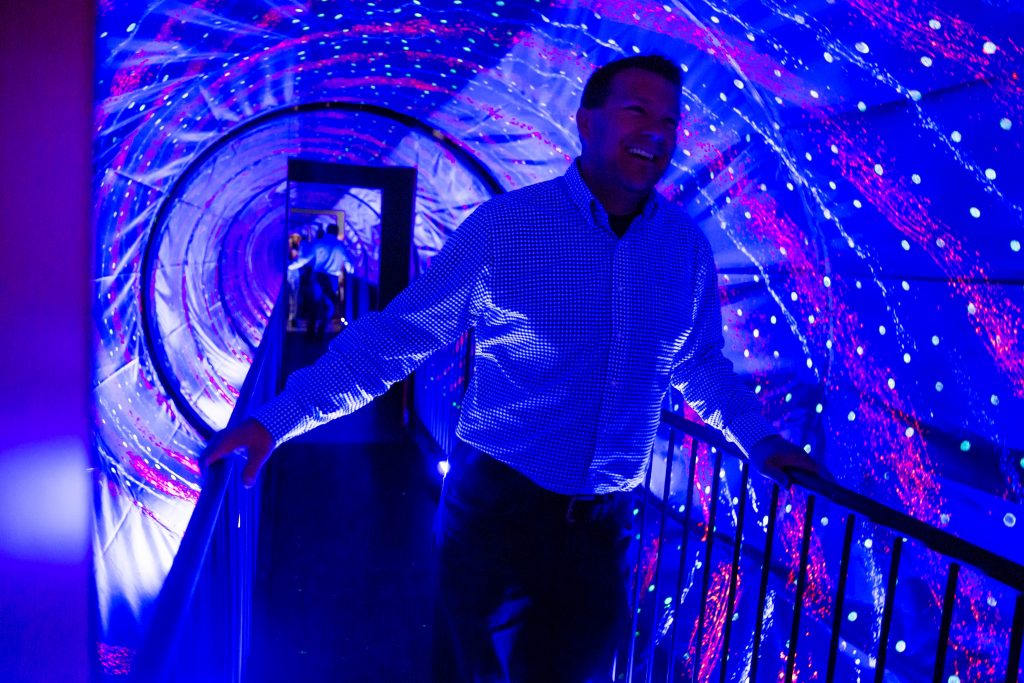 If you’re already a little wobbly to begin with, brace yourself. Your eyes will begin to deceive you almost immediately thanks to the litany of illusions scattered around the room—including the infamous, one-of-a-kind Vortex Tunnel. Try as they might, many visitors cannot walk straight through this rotating cylinder despite being on a completely stable, flat surface. (Trust us on this one, you’ll need a good 15 minutes to get rid of your sea legs.)

The Museum of Illusions, an original concept launched in Zagreb, Croatia, currently has locations in 11 countries. The museum boasts of being the world’s fastest-growing museum chain. “We’re thrilled to be part of Union Station and bring Kansas Citians an attraction they won’t find anywhere else in the U.S. outside New York City,” Alex Doroskovs, the director of the Museum of Illusions, says. “That location opened three weeks ago and their lines have consistently been out the door.” 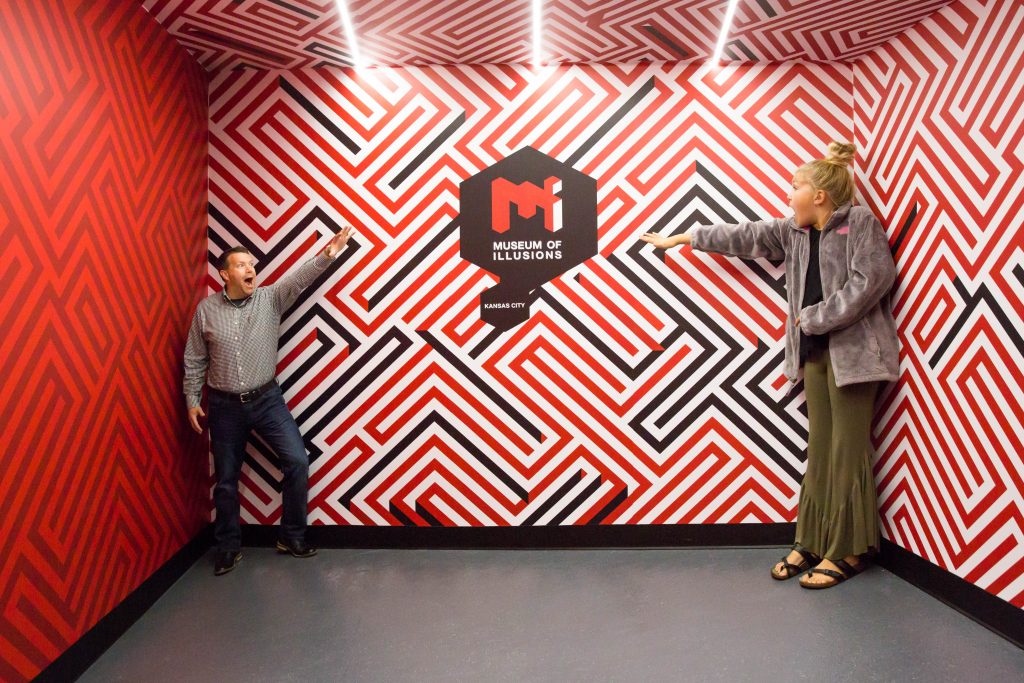 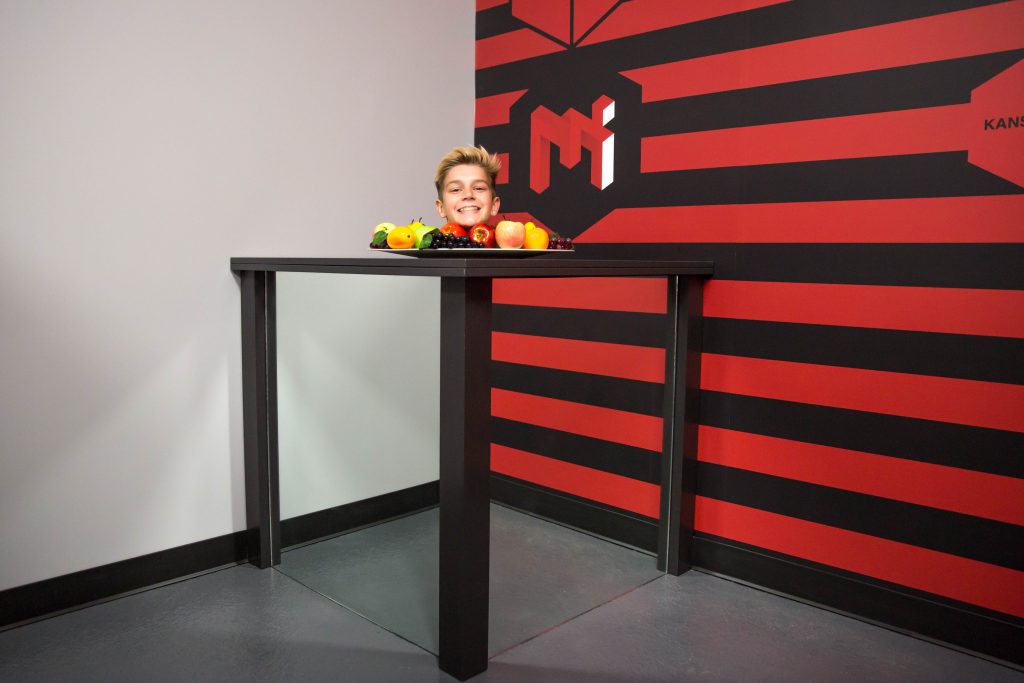 Think you’ve seen it all? Think again. The exhibits are all based on science, mathematics, biology, and psychology. Visitors can read up on why their eyes see things that their brain can’t quite process. It’s trickery that’s fun for little kids—and big kids.

Now, if you’ll excuse me, I need to sit down for a spell and let my eyes reacquaint themselves to my mercifully boring, static surroundings. 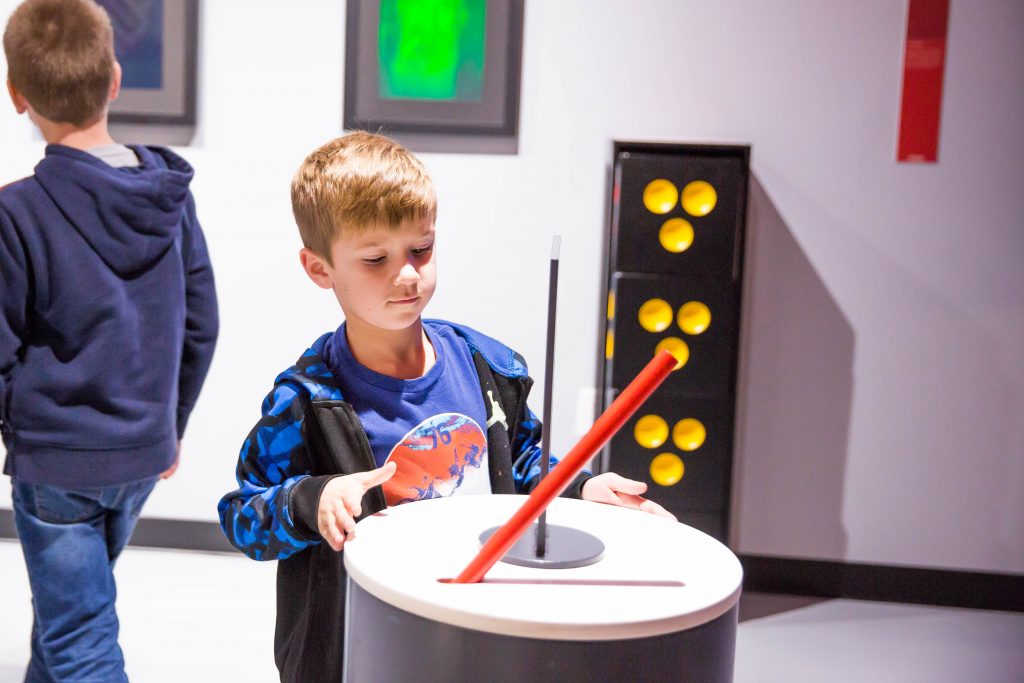 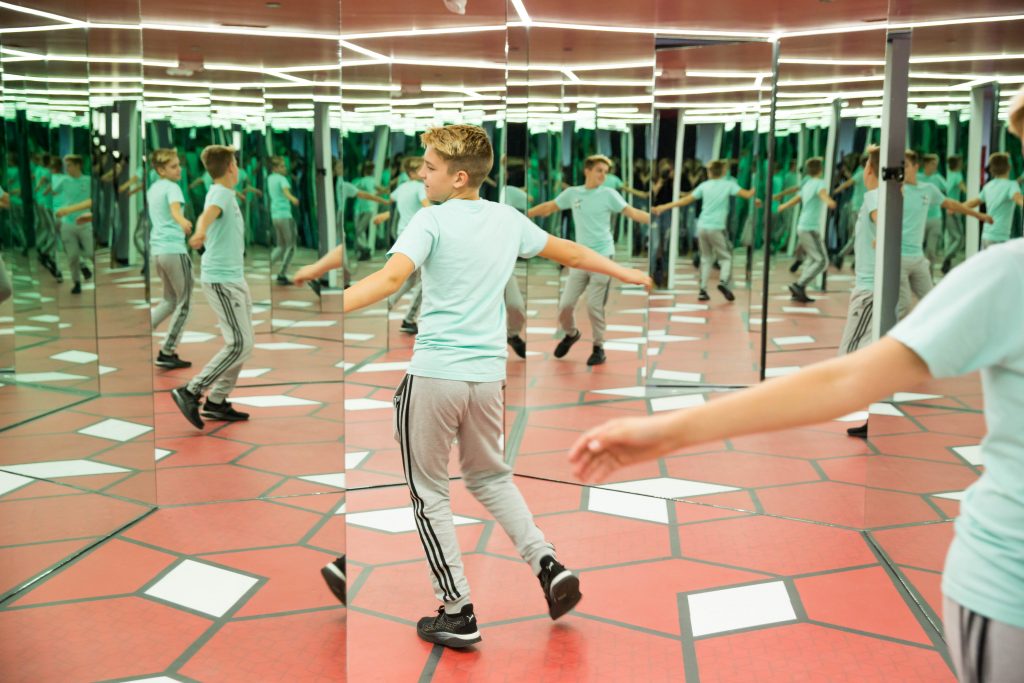