If there’s a better place to celebrate the spooky season than at a haunted winery, well, we’re still on the lookout!

You may find yourself shivering with anticipation as you enter the winery’s stately drive, flanked by two brick pillars. Ahead, the towering Odd Fellows Home—which dates back to 1900—stands poised to welcome you to the past. 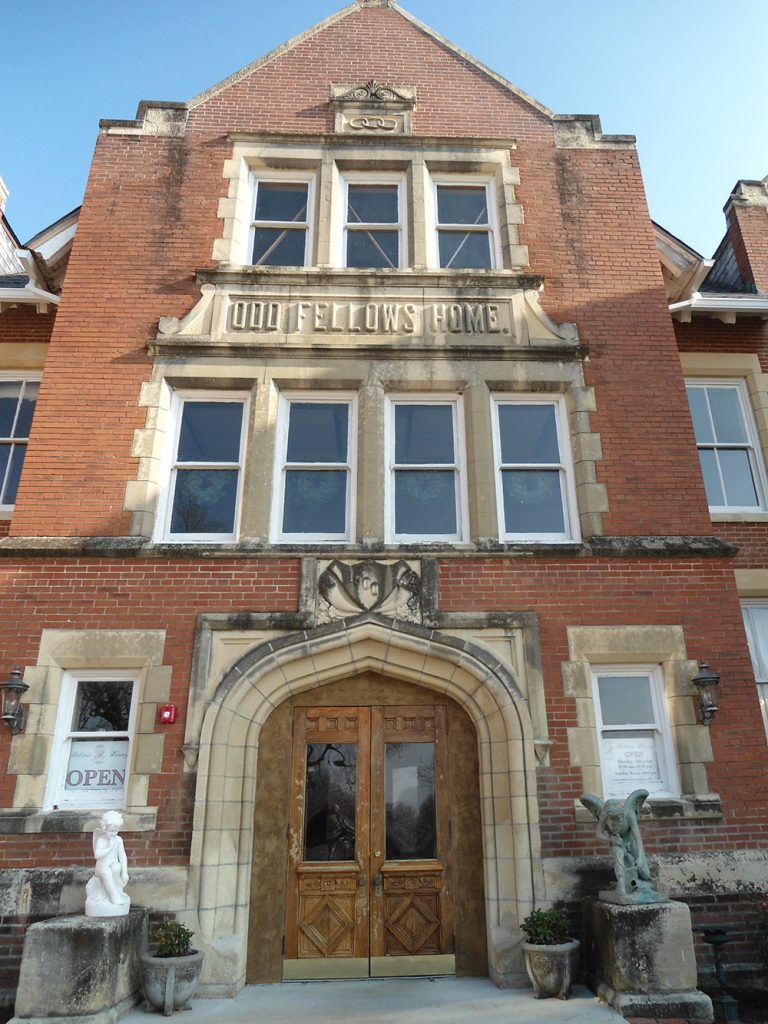 Architecture enthusiasts will immediately recognize the Jacobethan Revival home, designed by William B. Ittner. When it opened more than a century ago, the sprawling building housed an orphanage operated by the Missouri International Order of the Odd Fellows, a fraternal organization that Belvoir Winery Operations Manager, Jesse Leimkuehler, describes as similar to the Shriners or Freemasons. The Independent Order of Odd Fellows is one of the largest fraternal and benevolent orders in the U.S.

Additional buildings on the Belvoir Winery property included an administration building, elder care facility, and a hospital, all part of the Odd Fellows’ goal to provide care “for the elderly, indigent and orphaned at the turn of this century,” according to the winery’s website.

Leimkuehler’s family purchased the property—including a 5-acre vineyard and the four existing buildings—in 1993. After extensive discussion, the family opted to open a winery, starting the process by taking the Odd Fellows Home down to its studs. 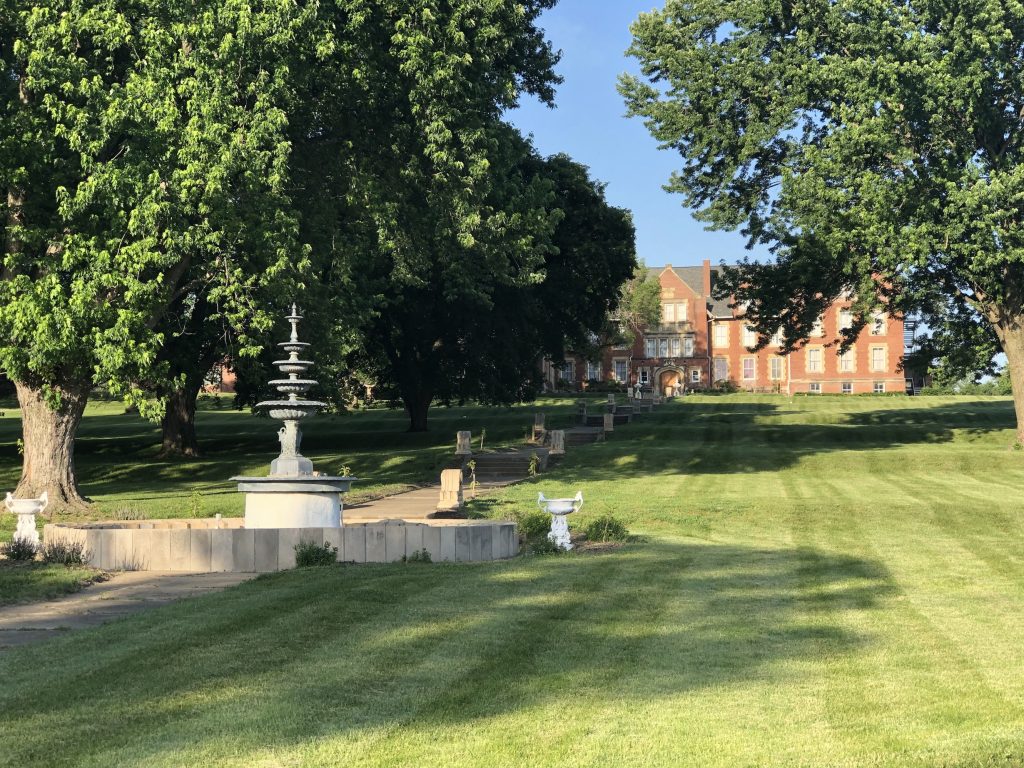 Renovation of the first floor and basement continued over four years, during which many of the existing materials were salvaged, including as much of the original hardwood and tile floors as possible. Look down when you’re climbing or descending the winery’s main staircase and you’ll notice stair treads worn by the steady stream of young feet when the orphanage operated in the early 1900s. As you explore the winery (and exploration is very much encouraged), be sure to stop in the Odd Fellows exhibit room, which houses a collection of knickknacks and mementos discovered in the home’s walls throughout construction.

While you’re there, stop and say hi to George, an intact—and yes, authentic—skeleton. “George is a member of the Smithville Old Fellows Lodge who passed away in the 1880s,” according to information posted above the coffin. “Upon his death, he donated his body to science. He was returned to the Odd Fellows Lodge per his request and was used as a prop in their ritual (based on Old and New Testament teachings) that would present the newly initiated with a clear example of their own mortality. ‘George’ is the term of endearment used in all Odd Fellows Lodges to name their skeleton. Most of the skeletons found currently in lodges are made of papier mache. Only the older lodges have actual human skeletons.”

Leimkuehler says George is a beloved part of the winery and has even spawned his own tradition among certain winery guests. 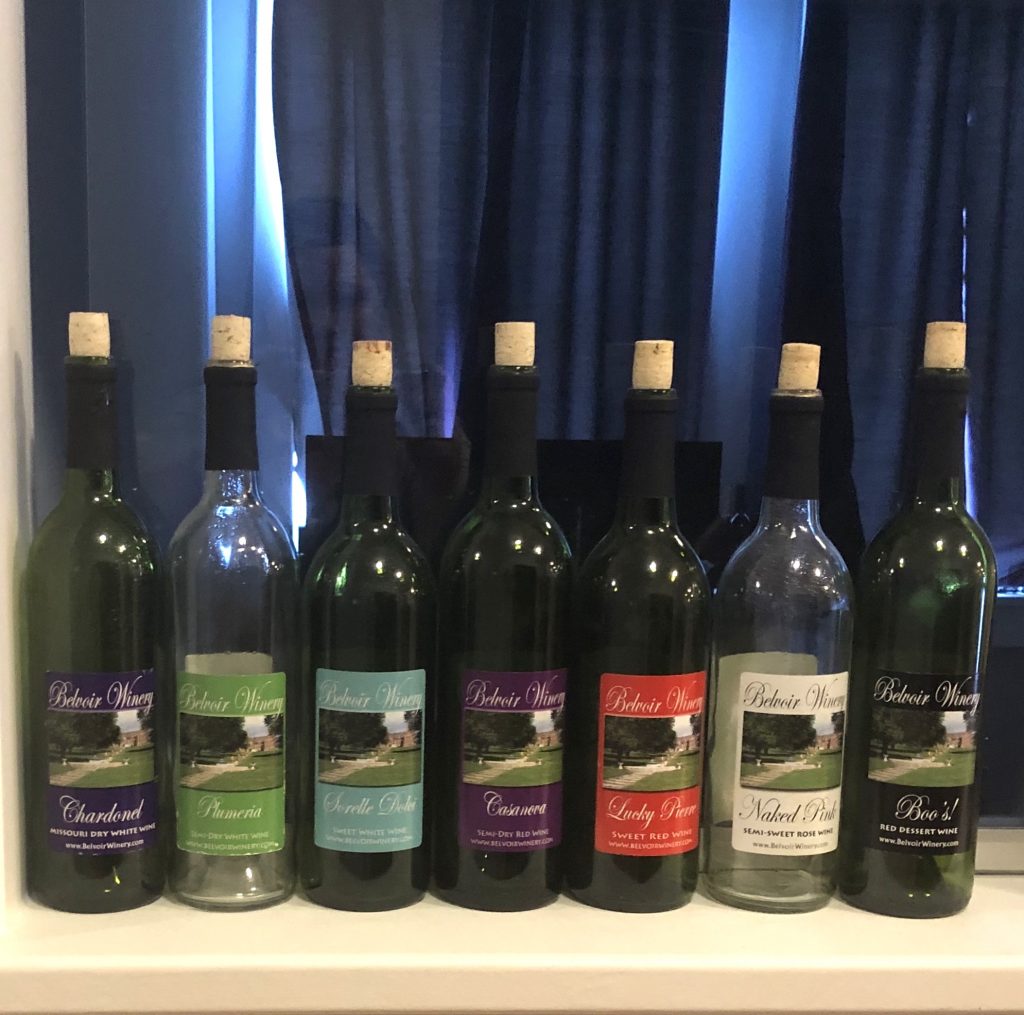 Of course, a trip to Belvoir Winery isn’t complete without—you guessed it—wine! In the gently rolling terrain behind the winery and inn, the Belvoir Winery team grows four varieties of grapes: Norton, chambourcin, vignoles, and golden muscat. Some wine production is done on-site, but Belvoir uses an off-site bottling facility to bottle eight wines—three red, three white, a rosé and a fortified wine.

Stop in the bar and tasting room to enjoy a free wine tasting. Once you’ve discovered your favorite, grab a glass and stroll through the Odd Fellows Home. Or make a weekend of it with an overnight stay at the Inn at Belvoir Winery, which offers eight cozy rooms and a bridal suite. Each room includes a notebook in which you can write notes about your stay and read others’ experiences. That includes paranormal sightings, which are de rigueur at the winey.

“I’ve seen three apparitions and heard voices and footsteps,” Leimkuehler says. “I’ve also watched doors open and close by themselves and heard pianos playing with no one there and kids running and giggling.”

Belvoir Winery’s reputation as a destination for the supernatural is well-documented. They’ll appear on an upcoming episode of the Travel Channel’s Most Terrifying Places in America, the winery’s fourth such TV appearance. Additional shows have recently been filmed at the winery, but release information isn’t currently available. 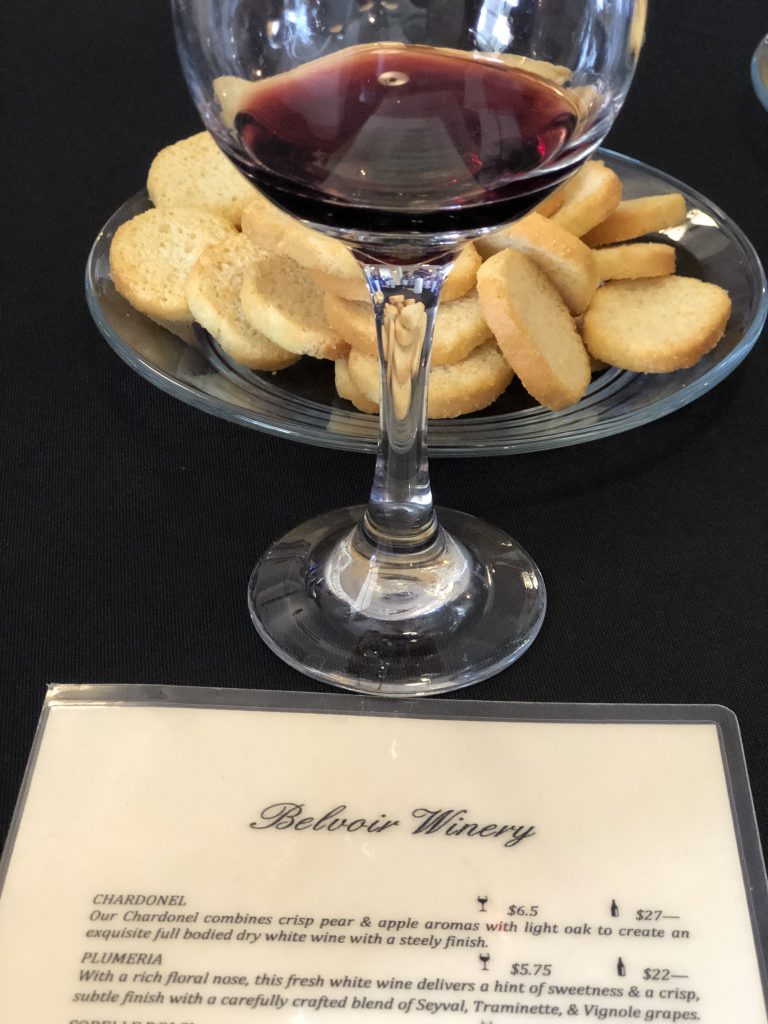 Wine enthusiasts, history buffs, thrill-seekers—they’ll all find something to love at Belvoir Winery. And adventure is encouraged!

“The property sets us apart,” Leimkuehler says. “There are so many places for people to wander around. We have this wonderful open area in the middle of the city, but when you’re here, you feel like you’re out on a farm.”

A haunted farm, perhaps? You be the judge!