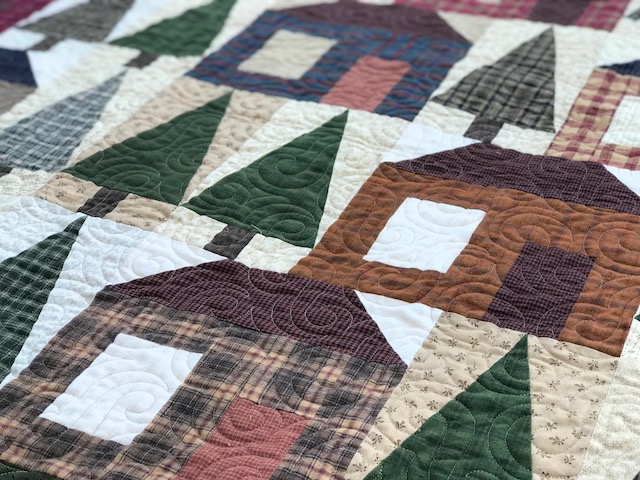 These aren’t just your grandmother’s quilts. Much as fashion trends revolve, interest in handcrafting cycles through generations. For some crafters, skills are passed down through family members, while others pick up tools and techniques on their own as a way to keep busy. 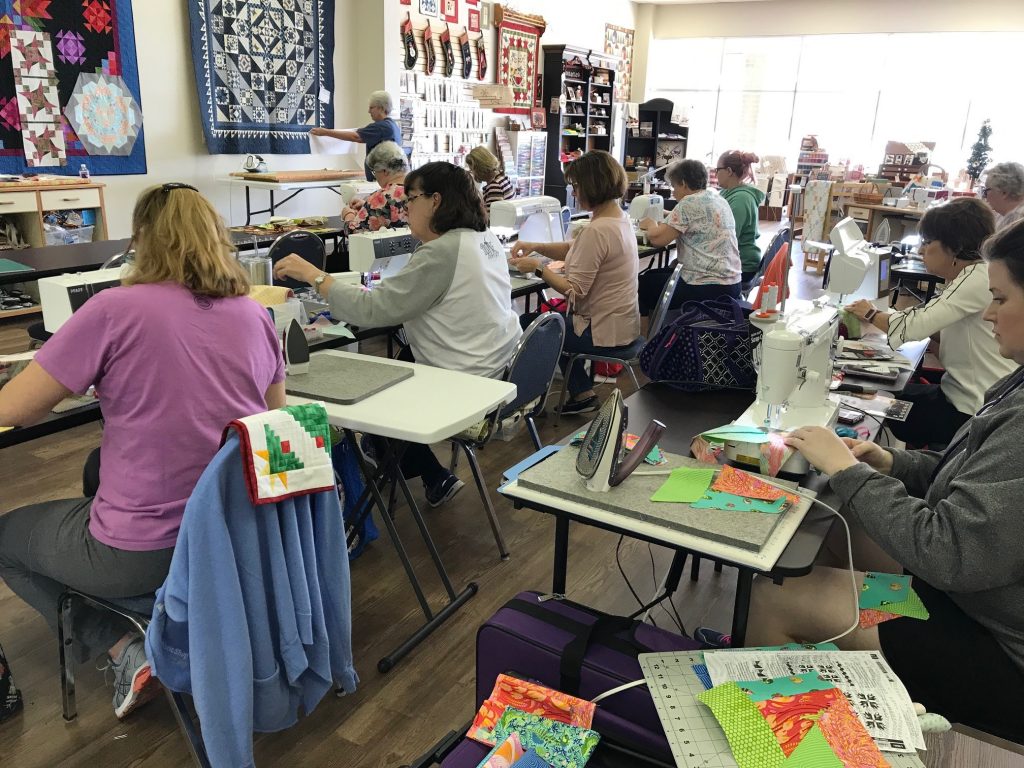 Rita Briner can attest to that. She has owned and operated Quilter’s Station in Lee’s Summit for 24 years and says the longer she is involved in quilting, the more she sees that “everything cycles back through.” That can be said for the styles of fabric as easily as the ages of quilters.

“It comes and goes,” Briner says. “Then on the other hand, in 24 years I’ve seen these [customers] as young people and now I’m seeing them as older adults.”

There are between 7 million and 10 million quilters in the United States, according to the 2017 Quilting in America study. While the study indicates that the “dedicated quilter” is 63 years old and female, it also states that “modern quilting” is more prevalent in quilters under 45 years old. 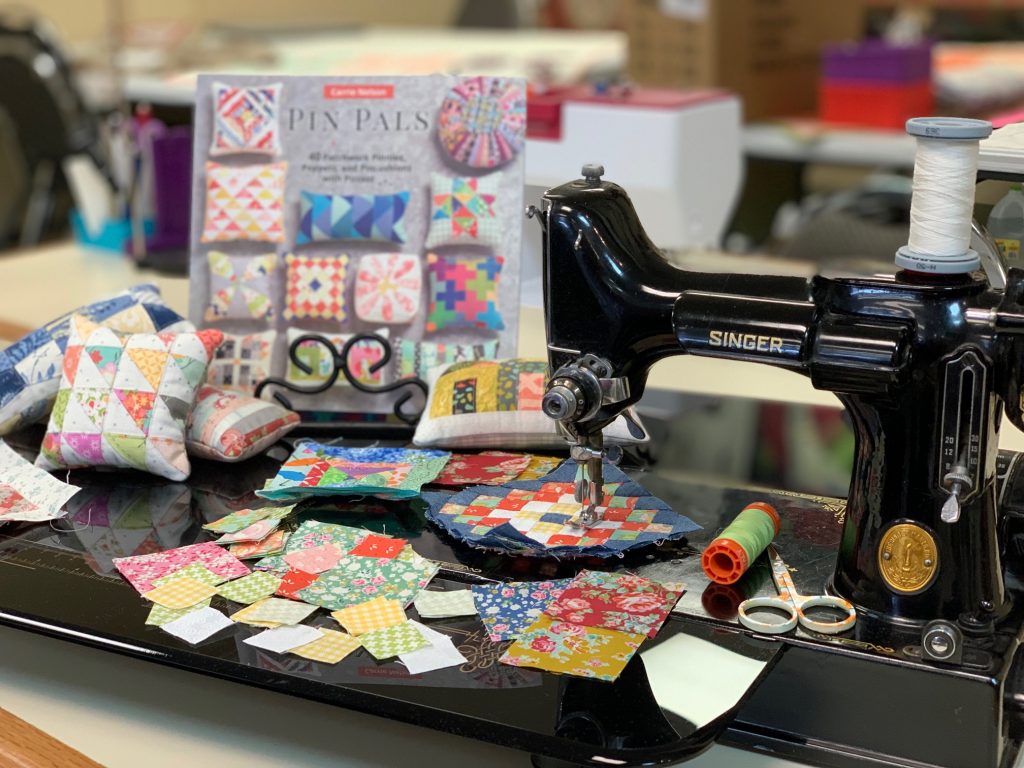 Susan Thorup owns Prairie Point in Lenexa and says her shop’s patrons range in age from their 30s to 70s. “There definitely are younger people getting involved in it,” Thorup says. “I’ve seen that. Some of them are in it with their mother or grandmother. Others are just wanting to pick it up and do it on their own.”

Area crafter Randi Janell Hardy, 35, frequents The Studio Knitting and Needlepoint in the Leawood/Olathe area and participates in a knitting group at the studio. Being apart from her family while serving in the Navy spurred her interest in crafting back in 2005. Hardy says she missed out on “all the main milestones” with her nieces and nephews, so she started knitting to give back to her family.

It also has provided her with a sense of community. 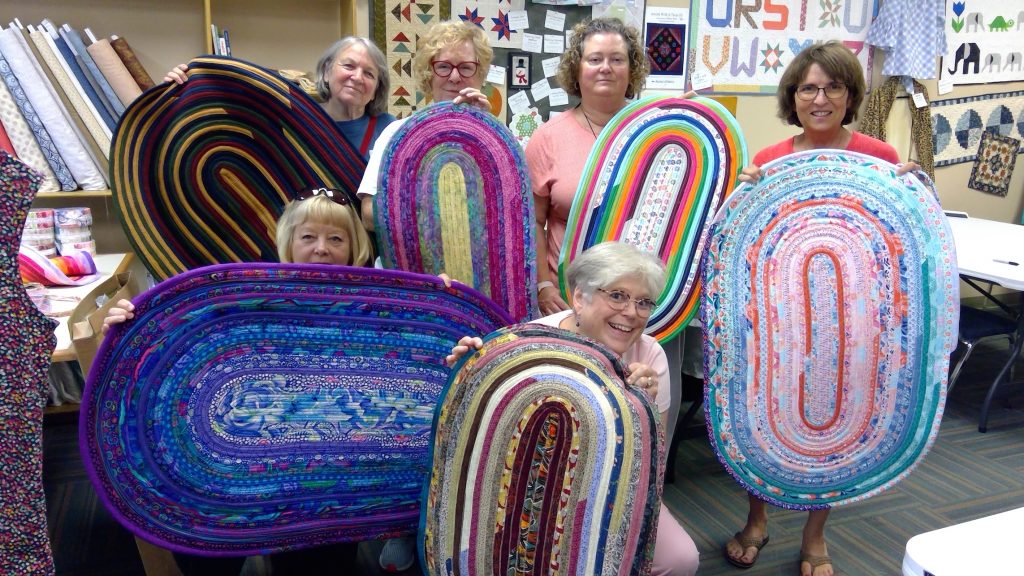 “Both have a community, but in knitting especially,” Hardy says. “There’s a lot of sharing with your friends and getting inspired by what they’re doing.” She most enjoys sharing with other people what she is working on and just talking about crafting in general. “At the same time, my main drive was this because I always want to keep my hands busy,” she says.

Kansas Citian Alex Magerino, 14, started knitting last November thanks to her grandmother. Since then, Magerino has whipped up about ten to 15 pieces. “I love that there are so many designs and patterns that I can work on and also just spending time with my family while doing it,” she says. 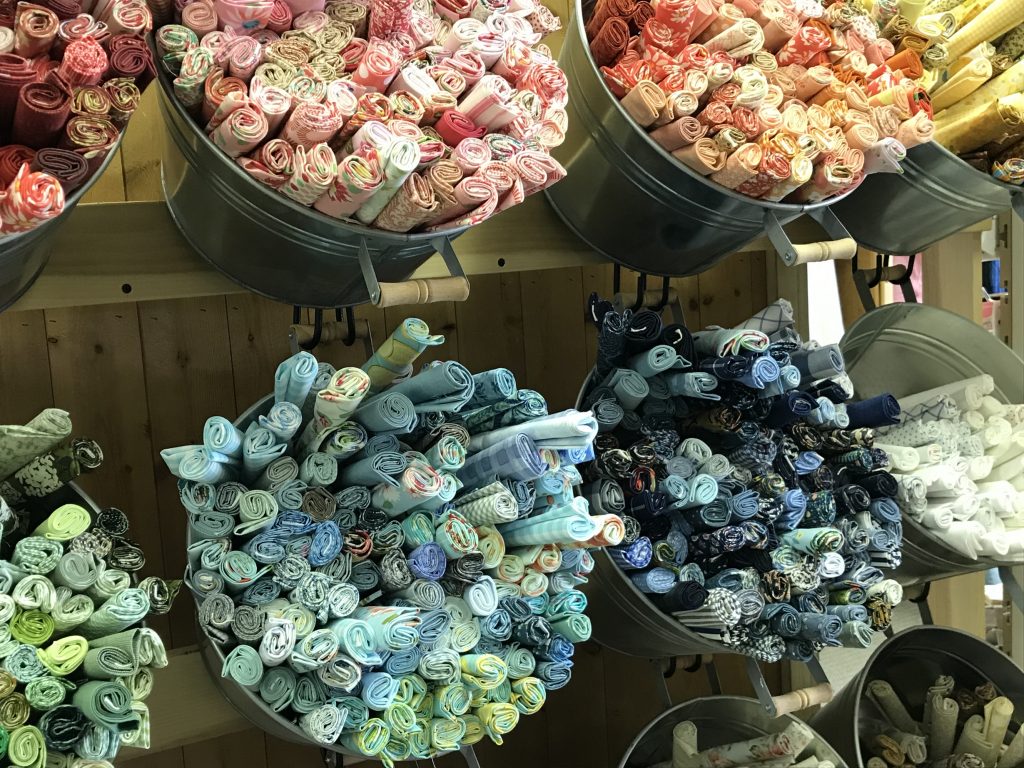 Katie Green, 27, has been quilting since she was young thanks to her mother. Throughout high school, Green entered her projects in the DuQuoin (Illinois) State Fair, near where she grew up. She continues to craft gifts for family and friends. She most enjoys that quilting is a very organized activity. “You can take different fabrics, and while they may seemingly have nothing to do with each other … you can make something more out of it,” says Green, who now lives in Kansas City. “It’s just been a very neat [experience] and also helps with shutting down the work part of my brain and gives me a little bit of a break from other aspects of life.”

Thorup says, that for her, English paper piecing [a quilting technique] is “nice, relaxing hand work.” “Even though it’s a traditional technique, you can do some very modern-looking designs with it,” she says. 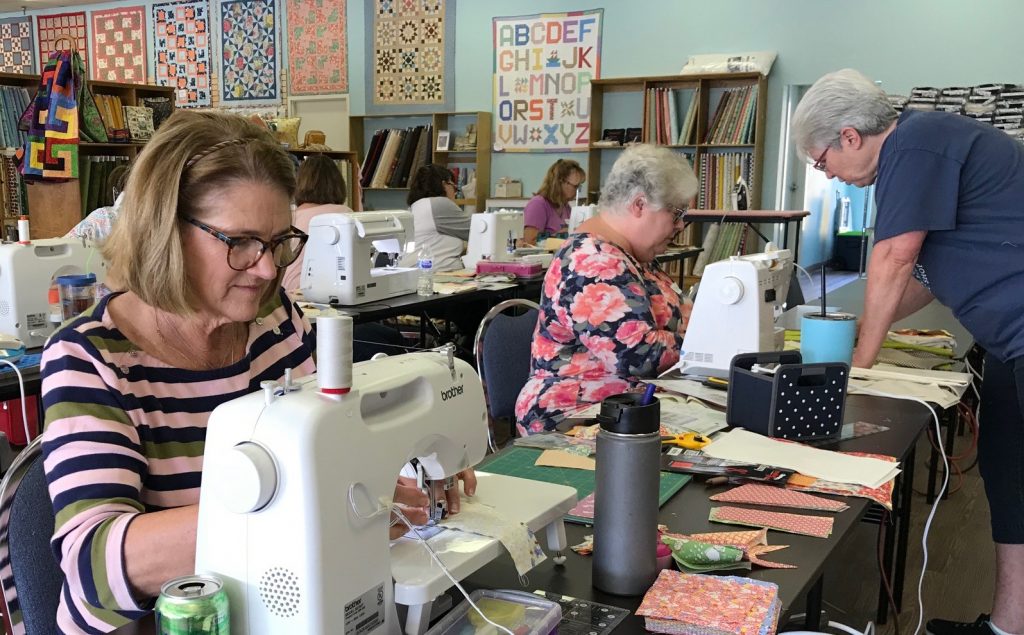 At Quilter’s Station, Briner says classes on wool applique are one of the most popular. “There are many more patterns for wool applique,” she says. “It seems that in the last four years, wool has become prevalent in the industry, and more and more people are using it.”

While the majority of her customer base skews older, Briner has noticed the growing enthusiasm of millennials. “It is really good to see young people beginning to take interest, and that will come as they have more time,” she says.

In Your Cocktail: Hand in Glove