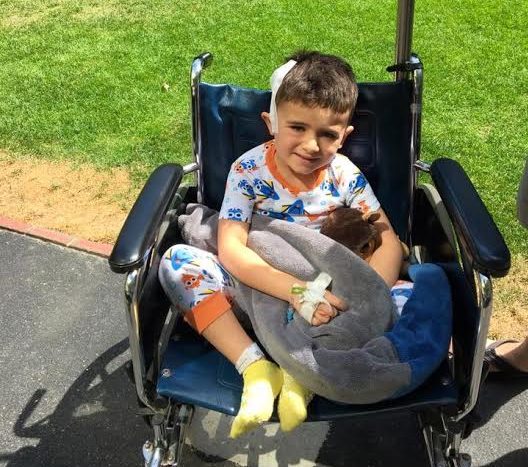 Three years ago, when 4-year-old Joey Gallagher suffered a seizure after an out-of-town trip to a nearby zoo, E.R. docs chalked it up to simple fatigue and dehydration. Just a few days later, Joey had a “full-blown Grand Mal seizure while playing T-Ball,” says his mom, Leila Gallagher.

“The interesting thing? It looked like a stroke to me,” says Leila. “My stepfather had a major stroke and symptomatically I saw some of the same things with Joey, like facial droop and weakness. We don’t think of kids having strokes, right? So hindsight is 20/20—but if I had known how prevalent strokes were in kids, I would have pushed for an MRI that day.” 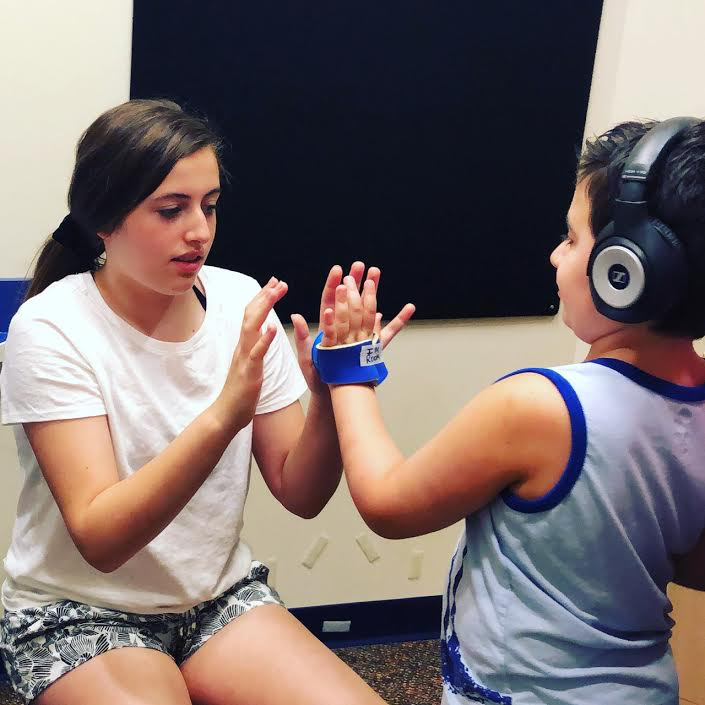 It turns out Joey was suffering from Moyamoya Disease—an extremely rare condition where blood vessels (internal carotid arteries) that supply blood to the brain become narrowed. This limits the flow of blood to the brain and puts patients at risk for a stroke. The brain, meanwhile, tries to compensate for reduced blood flow by growing new blood vessels, called collaterals. While these blood vessels can temporarily help increase blood supply, they eventually stop working. (“Moyamoya” means “puff of smoke” in Japanese. It refers to the wispy, smoke-like appearance of these new blood vessels, which can easily be spied on an x-ray.)

Leila says learning all she could about the disease empowered her. And given its rarity, there was a lot to study up on. She quickly learned about the prevalence of strokes in children. “In the last three years, Joey has had over a hundred trans-ischemic incidents and four ischemic strokes,” she says. “In our three-year journey with this, we’ve found that this sort of thing happens frequently—a lot more than I thought. Potentially, a stroke is often the underlying factor of the diseases or syndromes causing it.”

“We learned how to advocate for our child.”

Thanks to the American Heart Association of Kansas City, the Gallaghers quickly learned they weren’t alone in their fight. They discovered another family in Basehor that was going through a similar experience with their child and was able to help the Gallaghers locate a surgeon with expertise in the condition. “Joey has a very progressive form of the disease. We found a physician in Boston who’s done three different surgeries,” says Leila. “For kids especially, it’s a very long process to see if the new veins can grow and compensate for what they may end up losing.”

For a while, the family “went into survival mode” until they could wrap their arms around the disease’s lingering effects. “We learned how to advocate for our child. We’ve now changed our lives to live minute-by-minute or day-by-day and appreciate what we have. We need to let our child just be a kid—and not necessarily put him in a bubble.” 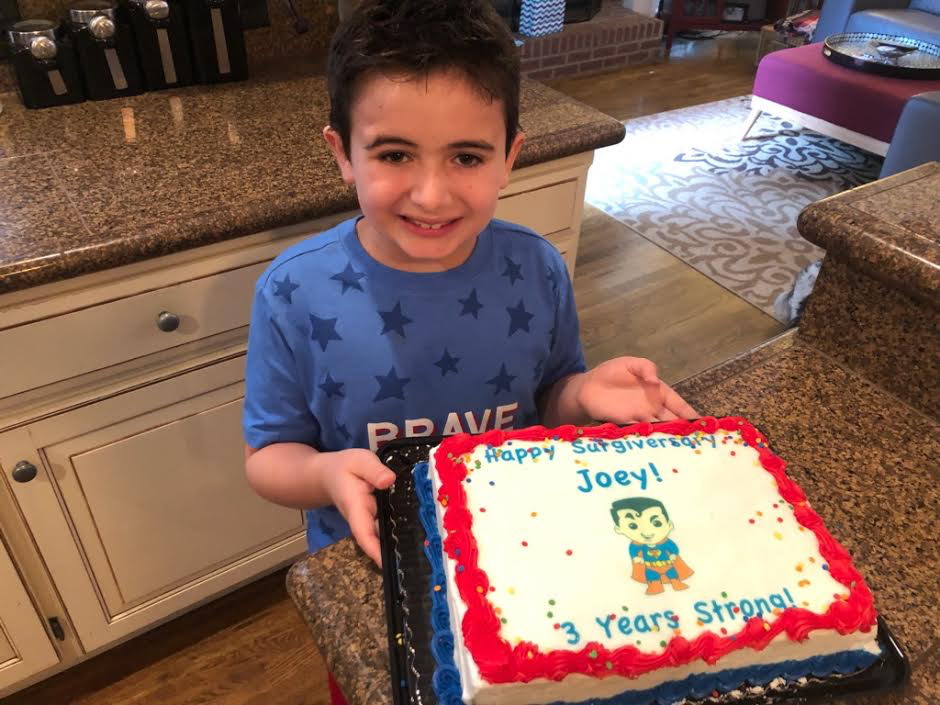 Even though Joey isn’t out of the woods yet, he’s seemingly on the mend. Leila says she’s blown away by his inner fortitude. “He’s dedicated to working really hard—like learning how to walk again, physical therapy, occupational therapy,” she says. “The difference from his first stroke is absolutely astounding, and that’s in addition to the TIA he keeps experiencing. Kids have resiliency—that’s what Joey has taught me.” 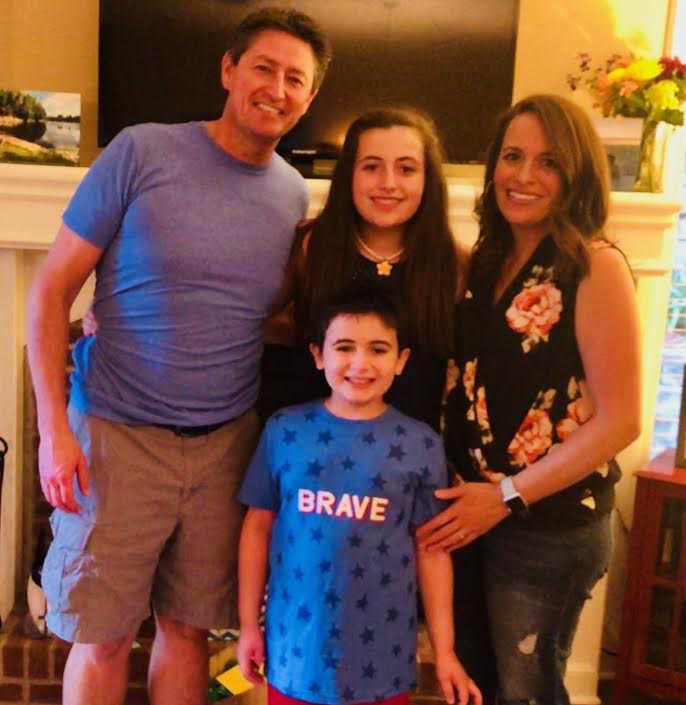 Education makes all the difference

More than anything, Leila wants people to know about the importance of education. “It makes all the difference,” she says. “Without the family in Basehor, we might not have known where to find the best resources for our child. If we have to go through this one-in-a-million disease, we want to share his story and his journey. We don’t want people to feel alone or isolated. I want him to bring hope to people—especially given how debilitating it can be.”

Meanwhile, the team at the American Heart Association has helped the Gallaghers every step of the way. “The AHA helps surround you with like-minded people,” says Leila. “The organization has been around for so long and has such a great reputation. After contacting them, we were able to find support groups and even gain the guidance of medical professionals. I have an abundance of appreciation for (AHA).”

Learn the signs of childhood stroke

What’s the one piece of advice Leila wants to ensure every parent knows? Be aware of the signs of a stroke in your child. “Be your child’s best advocate. Make yourself aware of stroke symptoms and the F.A.S.T. acronym.” (F-Face Drooping, A-Arm Weakness, S-Slurred Speech, T-Time to call 911.) 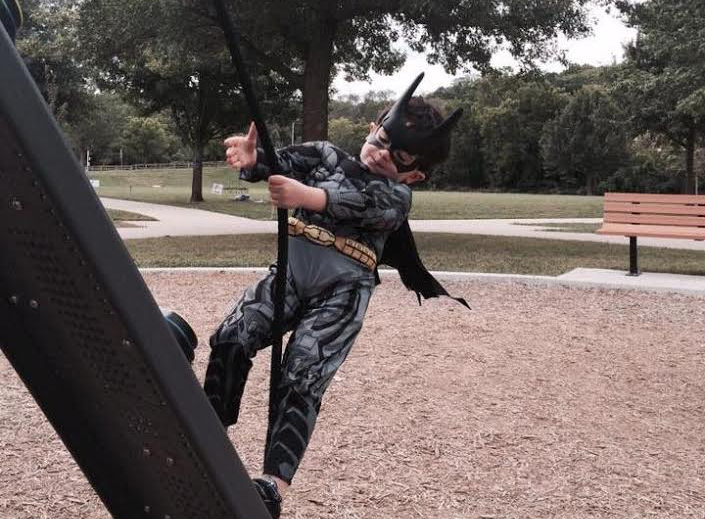 The Gallaghers started a superhero-friendly Facebook page so folks could follow along with Joey’s ongoing journey. “We always tell him, ‘Joey, you’re a real superhero!’ because he focuses on the positive of every single day even in the midst of life’s biggest challenges. He’s taught us that. Even when he’s feeling his worst—like his body will not move or he can’t say the things he wants to say—he always asks, ‘What are we going to do today that’s fun?’ I love that.” 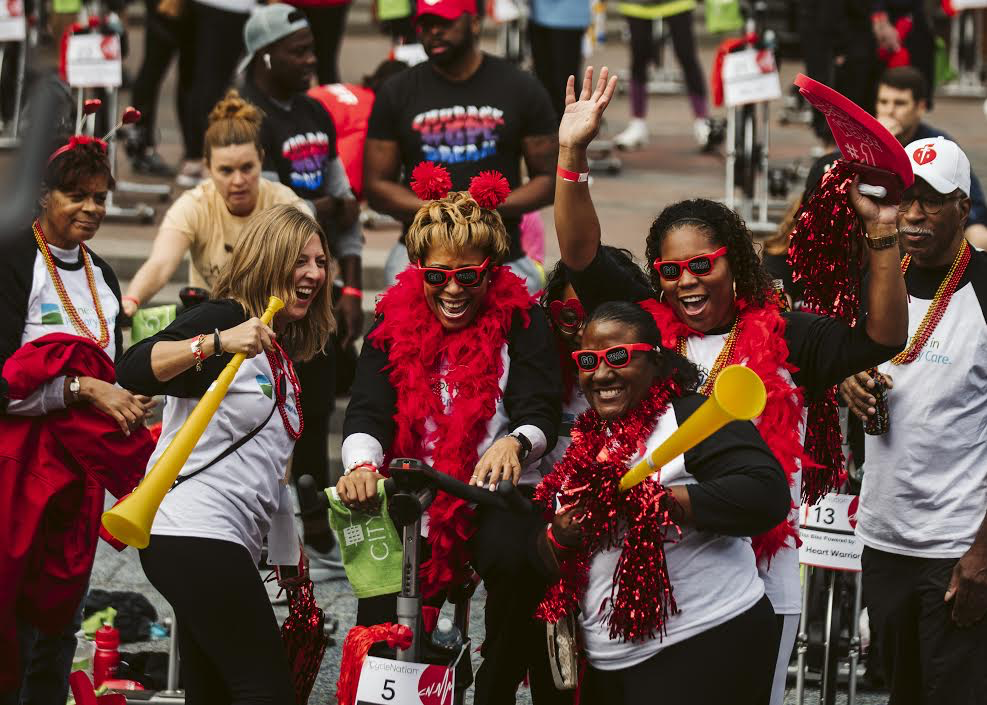 Want to know how you can help support join the Gallaghers and support the American Heart Association? Join in on their upcoming CycleNation event on Thursday, October 3rdat KCP&L. This local stationary cycling event will help raise funds for brain and heart health education. Get the details, sign up, start fundraising and/or donate to your friends below: www.cyclenation.org/kansascity