Great Plains SPCA is headed into the new year with an inspired mission and a renewed sense of spirit. Through the holiday season, the organization will be running a match campaign up to $150,000 thanks to one generous donor. It’s a great way to kick off 2020, says Tam Singer, the organization’s CEO. “Throughout December our goal is to find all our pets a home,” she says.

From humble beginnings back in 1960 when the organization was originally known as Animal Haven, it became Great Plains SPCA, a private no-kill shelter, in 2013. “Our volunteers are committed,” says Singer. “There’s loyalty and longevity—we have volunteers who have been with us over ten years and we are beyond fortunate to have them.” 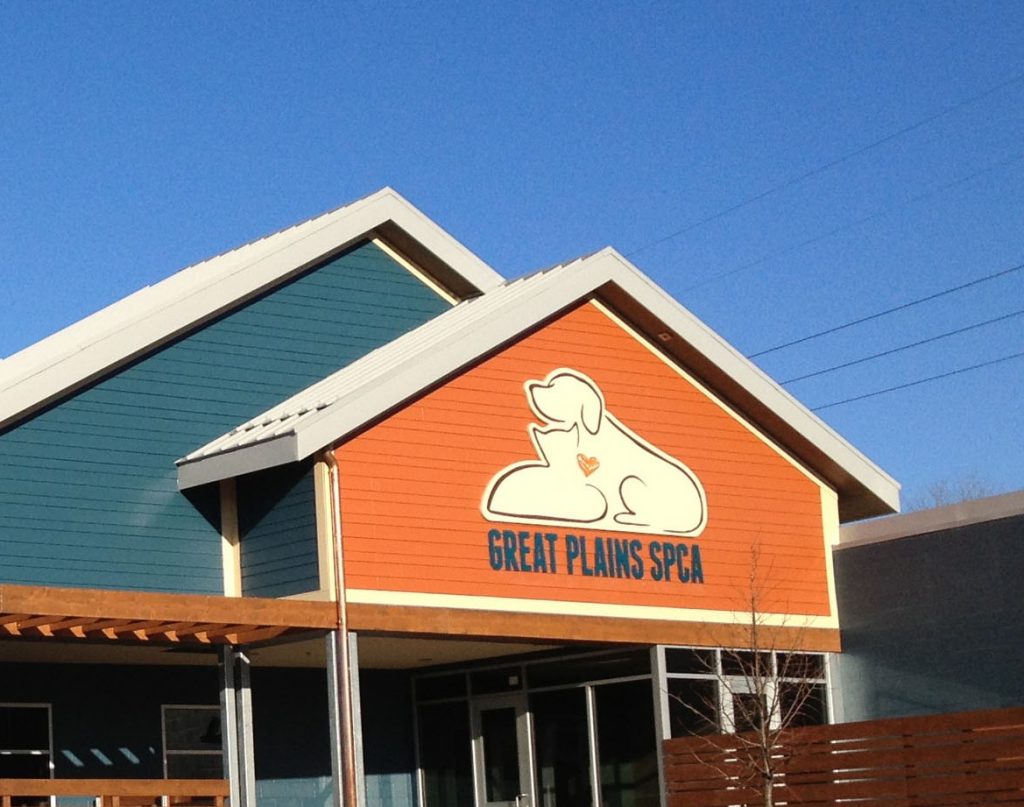 The Merriam-based pet mecca has two distinct buildings—the admissions center and vet center and the shelter. “The animals get all the healthcare and training they need—and once they’re ready to be adopted they go onto our adoption floor,” says Singer. From Shawnee to Lake Quivira, Overland Park and beyond, Great Plains is the main shelter for all of Johnson County—including Johnson County Parks and the local sheriff’s department. “If you lose a pet, find a pet, want a pet in those areas—we’re your shelter,” she says.

The sheer number of pets that end up at Great Plains SPCA is staggering, which is why Singer is eager to get the word out about this “hidden gem” of an organization—especially around the holidays. “I don’t think enough people know about us. The level of care and love we give these animals is exceptional. Animals that turn into beautiful family members came from our shelter. We get all types of animals here from mutts, to pit bulls to Boston terrier puppies,” she says. “When you adopt an animal in need, you really make a difference. Come in. Once you’re here we hope—like us—you’ll absolutely love it.” 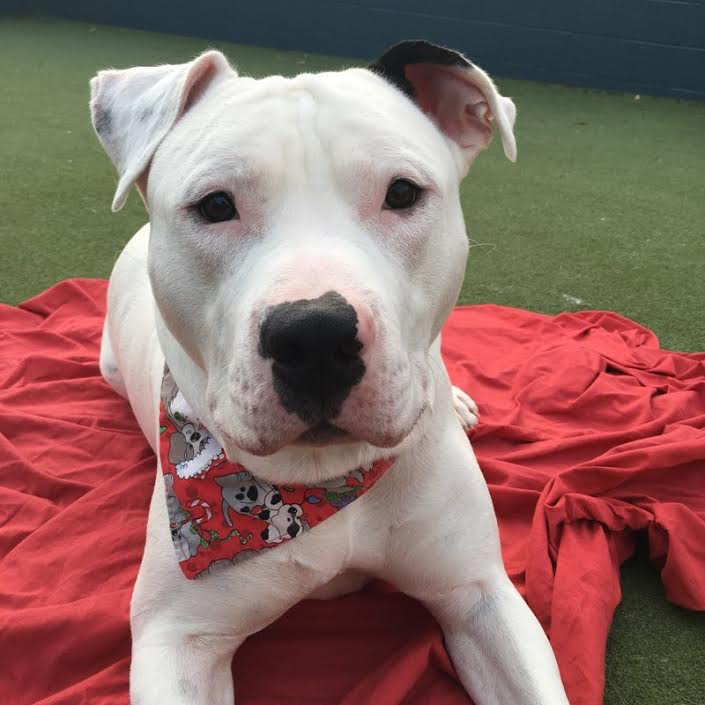 Singer was quick to mention two adorable adoptables currently at the shelter, including Jim Carrey, an affable stray pup who’s been there since April. “His outgoing disposition and comedic ways earned him the name Jim Carrey, a fitting name for such a happy boy. Shortly after arriving, it was learned that Jim is deaf, making it a little trickier to find him the perfect home. The animal care staff and behaviorists at Great Plains have started working on sign language commands with Jim, and he is always eager and ready to learn. Jim would benefit from going to a home that is understanding of his needs and willing to continue training him. This smart and energetic boy would make a great addition to an active home!” 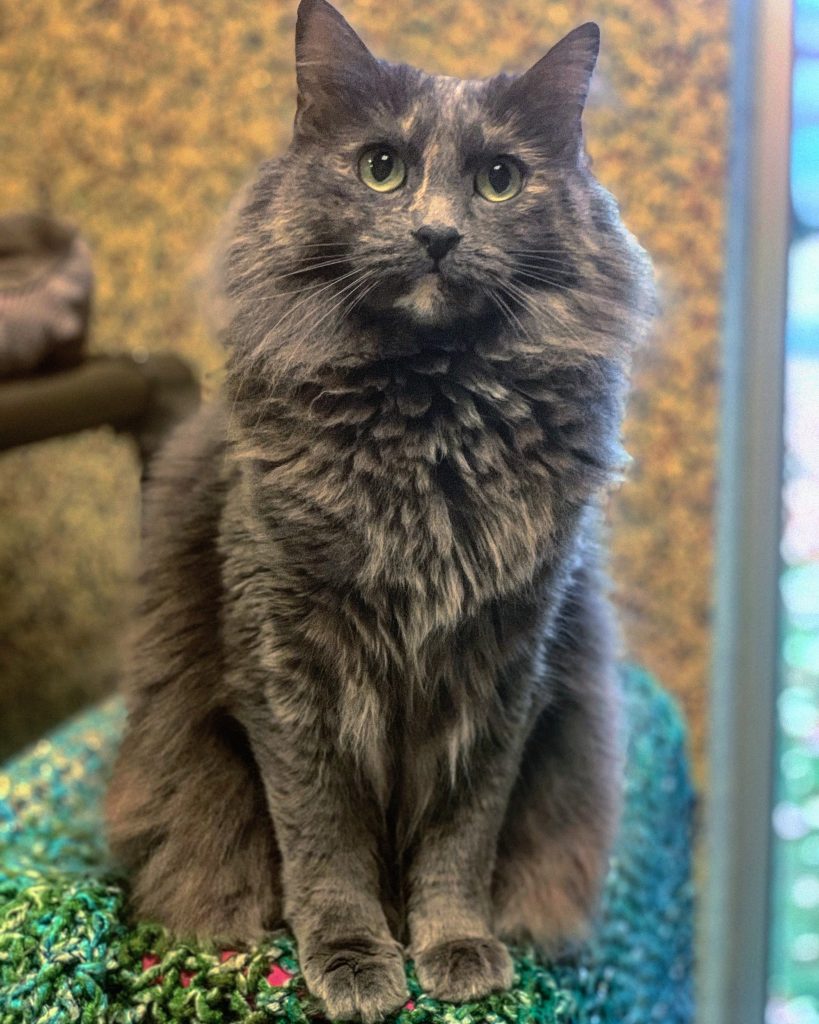 Dino, meanwhile is almost four years old has been at Great Plains over 150 days. “This wonderful cat came to us after her former owner moved and left her behind. She was used to living in a home environment and initially found it hard adjusting to shelter environment. After about a month, Dino fully acclimatized, and is now a warm and affectionate cat. Dino would love a home with adults or kids over twelve. She has no litterbox issues and is highly treat motivated—which will help an experienced adopter in acclimating and training her. Dino will be happiest in a home where she is your only feline companion.”

Countless community outreach programs ensure the organization’s reach is extensive, which includes everything from saving neglected dogs to providing resources, such as doghouses and free pet food from their pet pantry. Behavior and training classes, meanwhile, are available at an incredible rate. “If you adopt a dog from us, we offer six weeks of behavioral training for only $150,” she says. Even more endearing? “The behaviorists are the people that helped your animal in the first place when they arrived.”

The organization—which relies entirely on donations—can accommodate 75 dogs and 125 cats at any given point, but is often at capacity. It’s not unlikely to see exotic pets come through the front doors as well. “We might have the occasional bearded dragon,” says Singer. “We’ve had chickens, snakes, and the list goes on.” 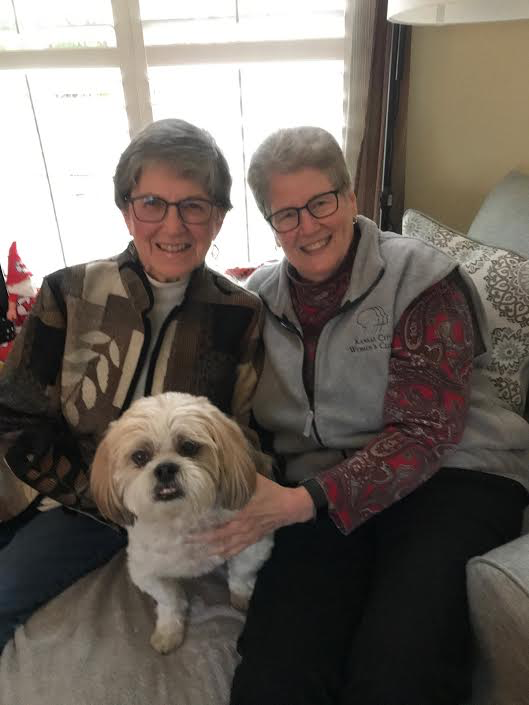 Singer says she has a sweet spot for older shelter dogs. “I have the biggest heart for the older dogs that come in later in life,” she says. “It’s very sad. Puppies go in seconds—but when we have older, mixed dogs, they don’t always seem as glamorous, but are often calmer and usually house-trained. Take Sir Humphrey, for example—a senior dog who Singer fostered earlier this year. “Humphrey was in a bad way—heavily matted, with dry eye, dermatitis, and bladder stones. Once at the shelter, our team went to work right away to get him cleaned up and on the medicine he needed. Humphrey was adopted soon after but then returned to us when his family faced an emergency and could no longer care for him. This past October, Humphrey found his forever home and is doing fantastic!” 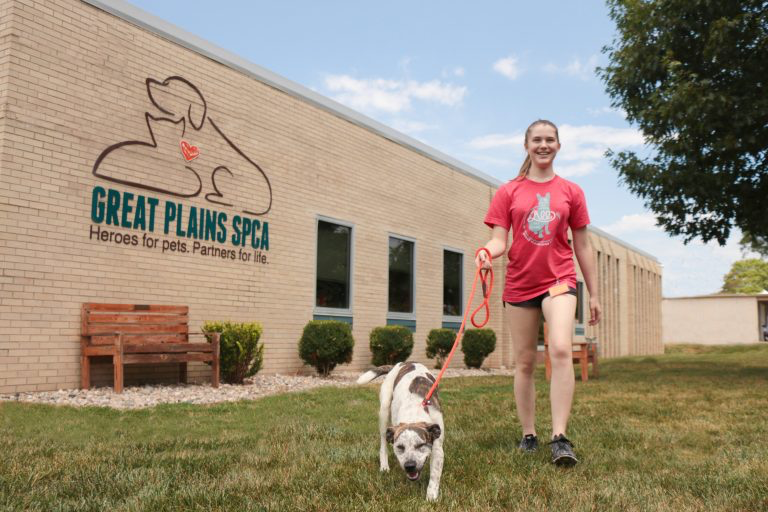 With a 97 percent live-release rate, Great Plains SPCA clearly takes pride in all they do to help pets in the community. “I give our staff and volunteers—and what they do—all the credit,” says Singer. If you haven’t been into the shelter recently, Singer says to swing by this holiday season to find out more about the organization and all the great things they bring to the table. Who knows—you may find your family’s new best friend just in time for the holidays!

This Weekend In Kansas City: April 8-10