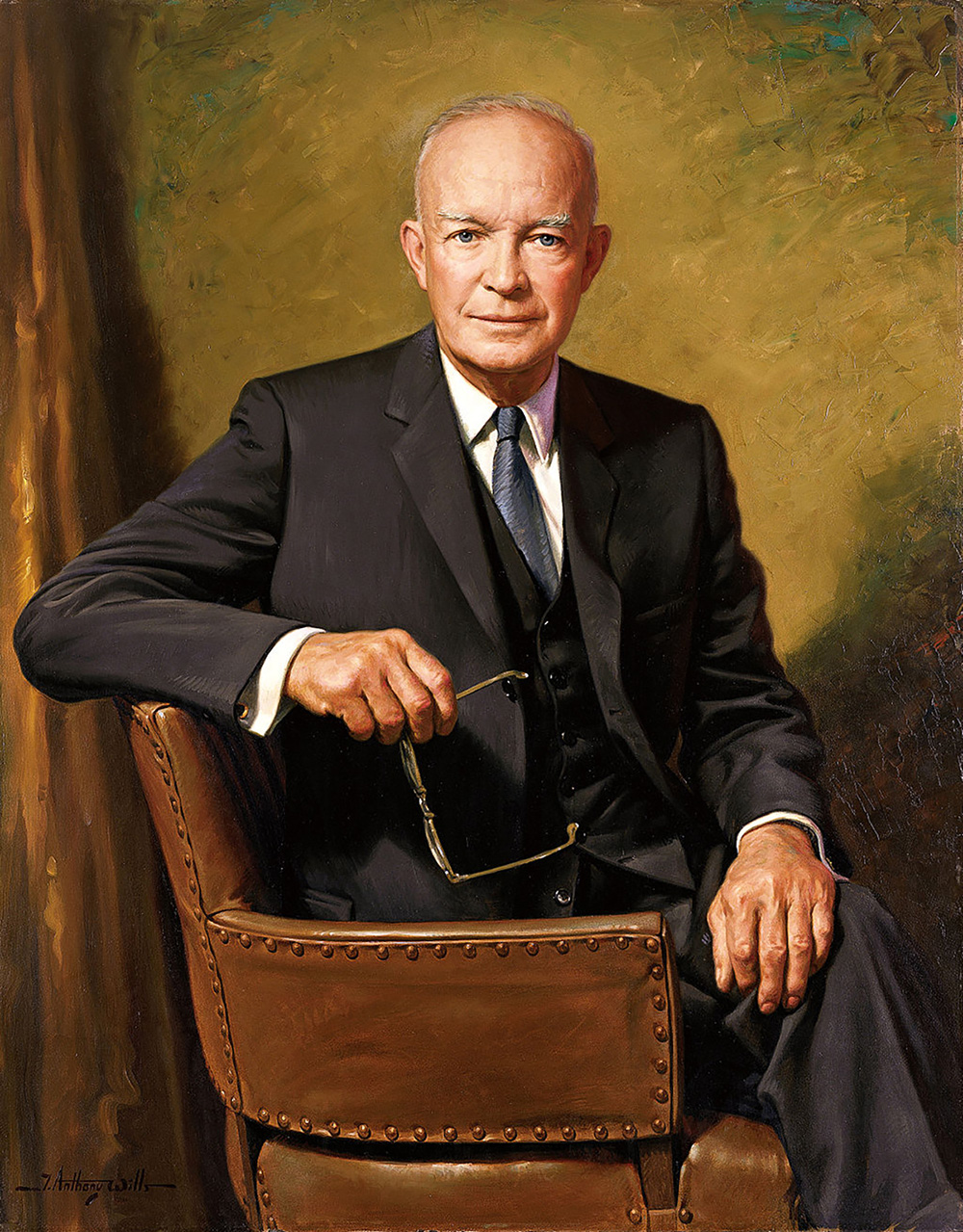 Dwight D. Eisenhower was much more than the grandfatherly image he projected. He cussed like the army general he was. He liked his steaks sizzled right on the coals, hold the grill grates. And he married Mamie, who has been credited with popularizing the birthday cake. Born in Abilene, Kansas, he graduated from West Point, started a career in the United States Army and rose to the rank of general, famously serving as chief of staff during World War II. After the Allied victory, he was president of Columbia University, then commander of NATO, before becoming commander-in-chief as president of the United States from 1953 until 1961. When his grandson David Eisenhower married Julie Nixon, two political families came together. While the Dwight D. Eisenhower Museum in Abilene undergoes a complete renovation, Eisenhower: The Exhibit of memorabilia illustrating the chapters of his life will travel to the Kansas City Public Library from January 23 until the museum opens again in May of 2019.

Four Art Events You Should Not Miss in September