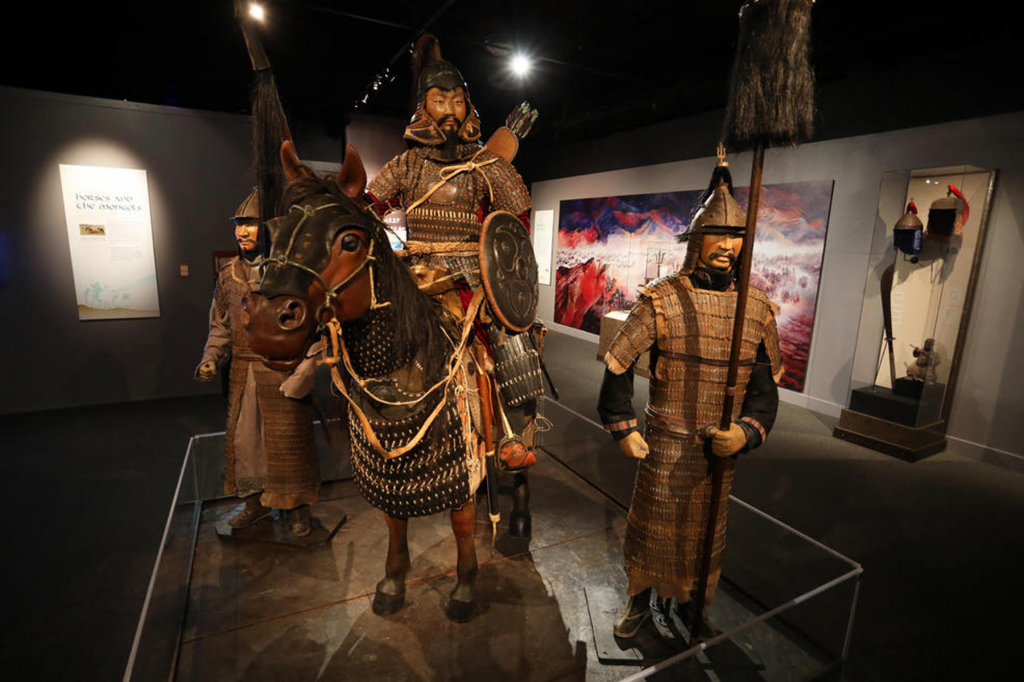 Let’s face it—Genghis Khan gets a bad rap, people. Sure, he’s got a background in marauding, but he was fairly deft and extremely ingenious when it came to battle. Here are eight quirky things we learned during our visit to Union Station’s new Genghis Khan exhibition—which gives you plenty of insight into the Mongolian mogul. 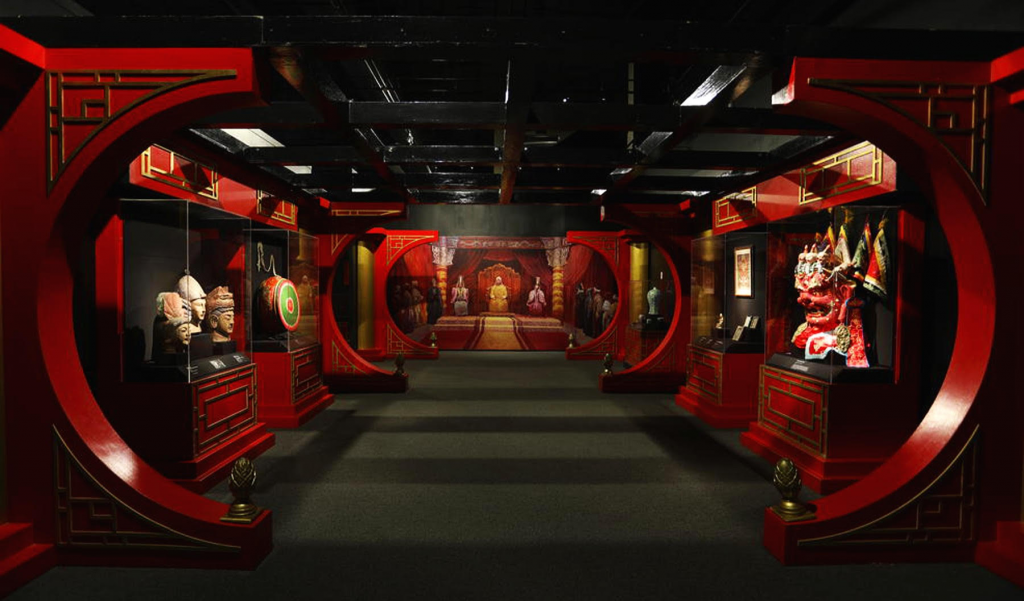 8. What’s in a name? Mongolians pronounce his name “Chingis Haan.”

7. The invention of pants can be traced to his empire. Seems his troops conquered on horseback and tunics just weren’t practical. In fact, he’s quoted as saying, “Conquering the world on horseback is easy; it is dismounting and governing that is hard.”

6. Speaking of, there are more horses than people in Mongolia.

5. He was tolerant of other religions. He passed laws declaring religious freedom for all and even granted tax exemptions to places of worship. 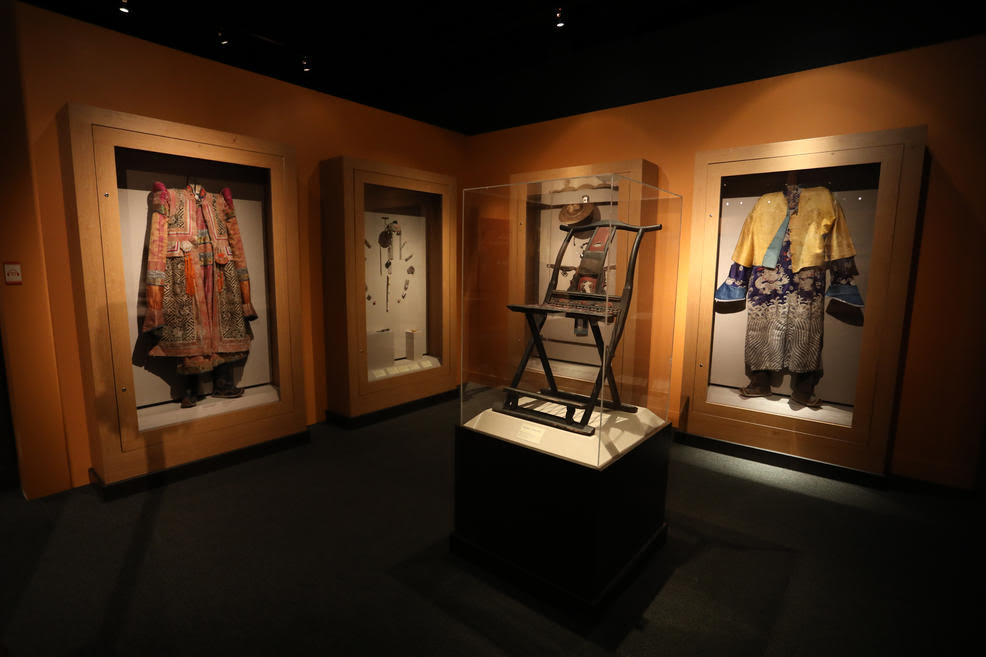 4. He was an extremely clever military leader. For instance, his army would catapult plagued vermin over the walls of cities and into their water supplies in order to spread disease and make villages easier to conquer.

3. He created the first known postal system. Since he desired to conquer the world, he knew he’d need to create a fast, efficient way to deliver information. He created a postal system, with stations set up every 25 to 30 miles. Rulers were then able to know everything that was happening—even in the areas farthest away from them. 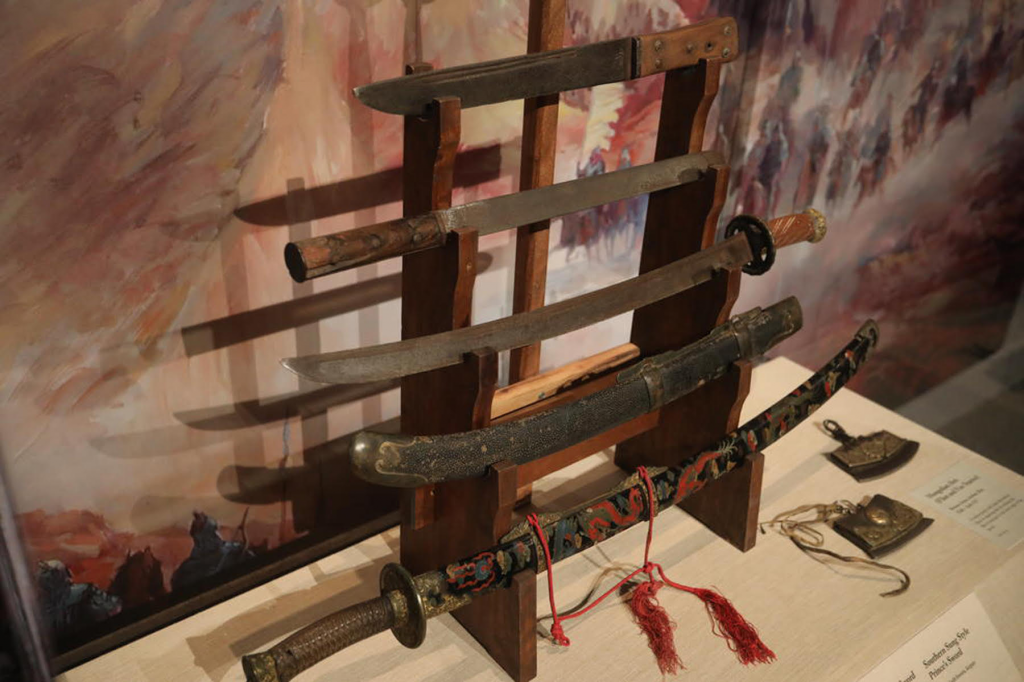 2. He first married at age 16—but took many other wives and mistresses during his lifetime. A study in 2003 found that up to 16 million men—half a percent of the world’s male population, are genetic descendants of Genghis Khan.

1. He never slept indoors and dressed as a common man. He felt the key to leadership was self-control and he cautioned his sons against leading a colorful life and material pleasures.