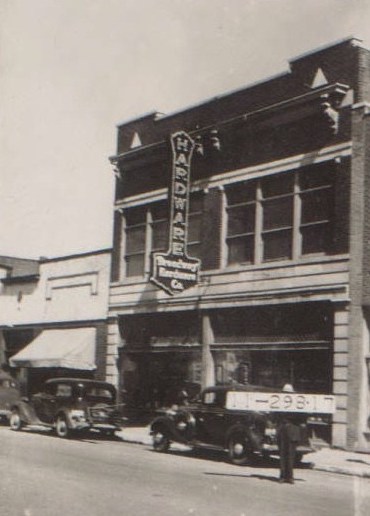 Today the historic, iconic Broadway Hardware Co. sign at 311 Westport Road was saved from the neon scrap heap thanks to the folks at The Lumi Neon Museum. The Broadway Hardware Co., which opened in 1917, has a storied history. The original sign, meanwhile, is nearly a century old, made merely a decade after WWI. It’s no wonder the museum wanted to salvage it before it was too late—as it’s been engrained in the city’s collective memory bank. 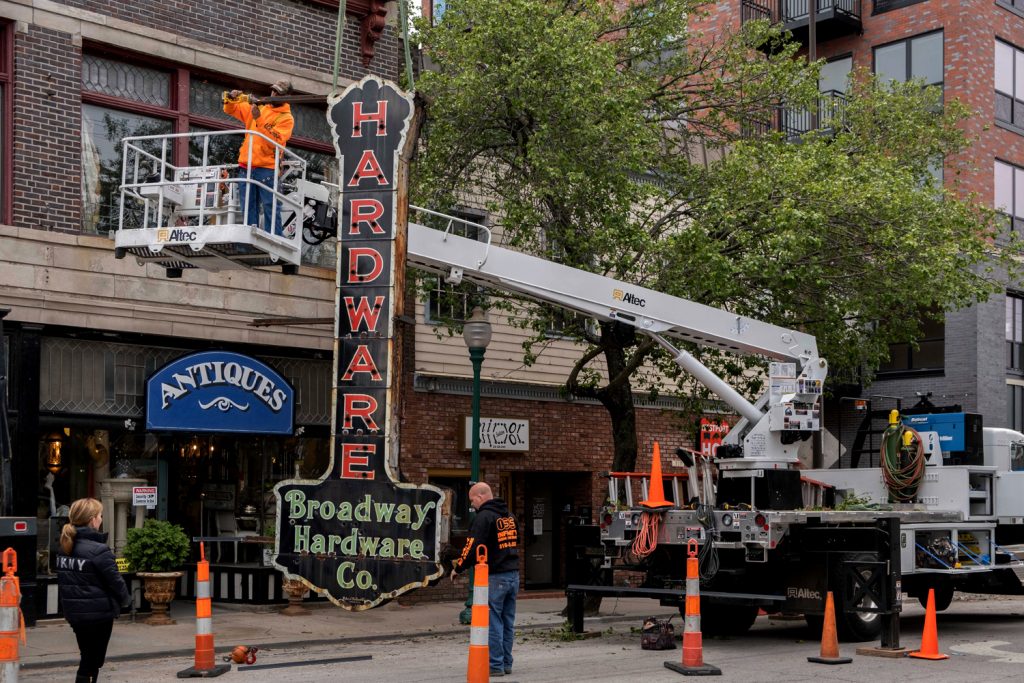 Getting the sign for the museum has been a lengthy process. Nick Vedros, founder of The Lumi Neon Museum, tracked down the owner of the sign, and the sign was donated by JB Nutter, Jr. in 2019. Restoration of the sign has been fully funded by Lumi supporters Fred & Jami Pryor. It will be displayed at The Lumi Neon Museum in Kansas City when it opens. The organization’s motto is “Rescue, restore and illuminate—before it’s too late.”

With 38 classic neon signs already acquired and safely stored, the Lumi is committed to refurbish and represent treasured neon signs from the Kansas City area. “These classic signs are typically large, expensive to move, and require a neon lighting expert to restore properly,” says founder/president Nick Vedros. “We have the expertise to move and restore them—what we need now is help finding these treasures and funding their restoration and display.”