When Shane Hefty and his wife, Amy Hughes Hefty, moved to Kansas City from Des Moines last July—in the middle of the pandemic, no less—they “looked at eight or nine different places—just a ton of places,” says Shane.

What ultimately caught their eye was the stunning new community, Westley on Broadway, in the heart of Westport. From the minute the couple walked in, they were smitten. “Plus, it was brand new,” says Amy. “We were one of the first people to move in.”

Before their move from Iowa, Shane and Amy would visit Kansas City several times a year for mini-getaways, but when Shane got a promotion at work, they knew that finding the right place to live in the city was an important next step. Fortunately, Westley on Broadway checked all the boxes—and then some. “It had all the amenities—like, we wanted a pool. We didn’t want to do yardwork. There was a Skydeck with a gas firepit, outdoor grill, TV, and just inside, a living room with a wet bar area,” Amy says. 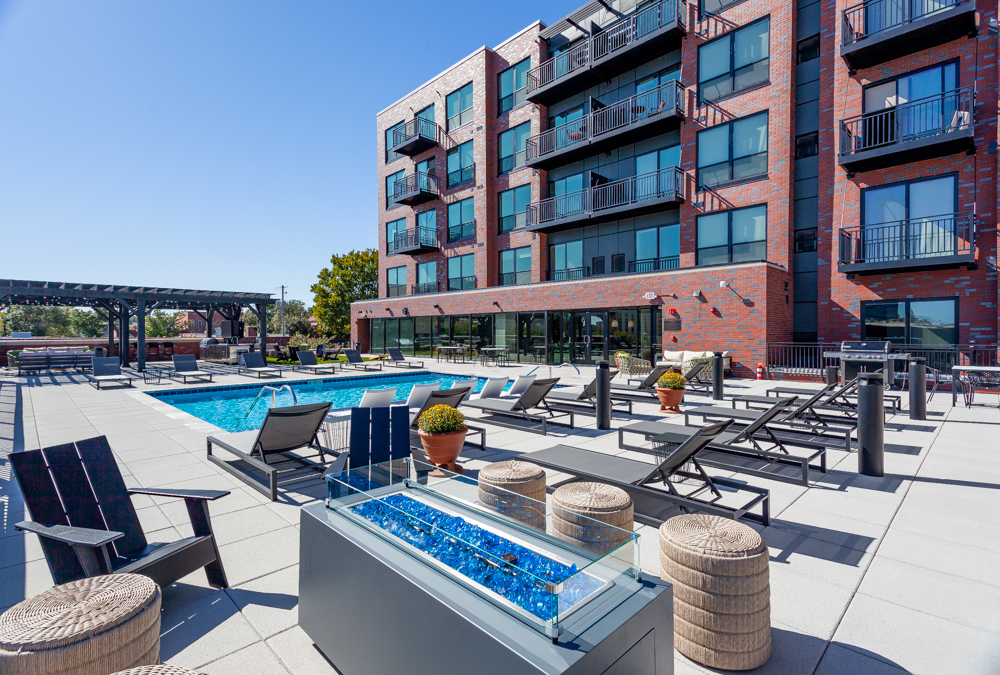 Shane chimes in, “Pretty much every Saturday, we’d reserve it for college football and watch the games.”

When Shane was working from home this summer, he says he took full advantage of the community’s breakout rooms. “When I wasn’t going in the office—the little breakout rooms were great for the work-from-home folks.” There are even podcast studios where residents often record music. And they’re both eager to use the communal space on the main floor of the community. “We can have a fancy dinner and host friends once they are comfortable traveling—and that would be a great area to do it,” he says. 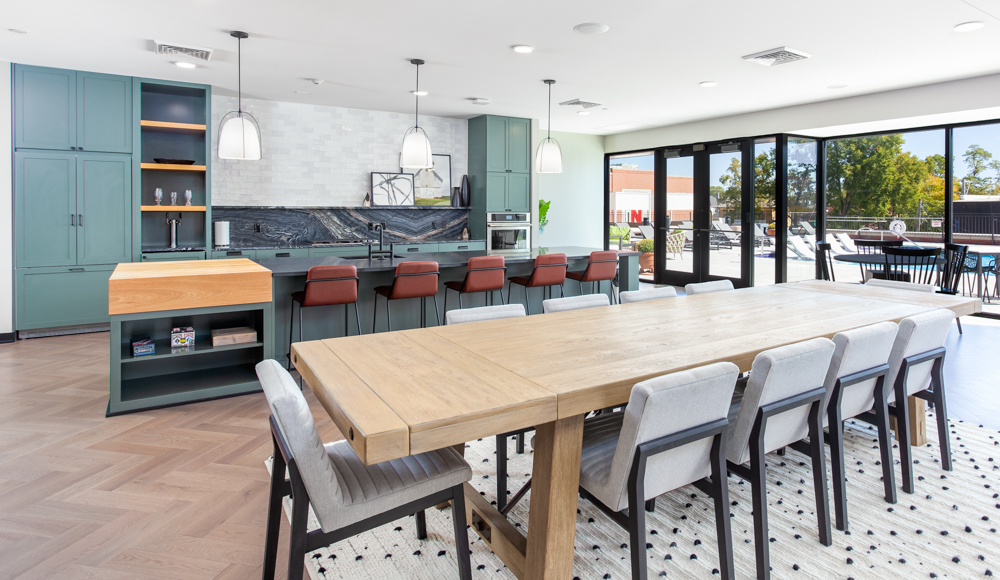 Out and About
Plus, as they say, location is everything. Westley on Broadway’s centralized locale was a definite selling point for the duo. “The neighborhood we moved from wasn’t particularly walkable,” says Amy. “But there’s a lot to do here in Westport. Other than taking our car out to get groceries, that’s about it. Otherwise, we’ll walk and go get it or take a stroll and go out to dinner. It’s nice to be able to do that here.”

For Shane, it’s perfect for the interim while they try to find their forever home. “And it never takes us long if we need to get out to the suburbs,” he says. 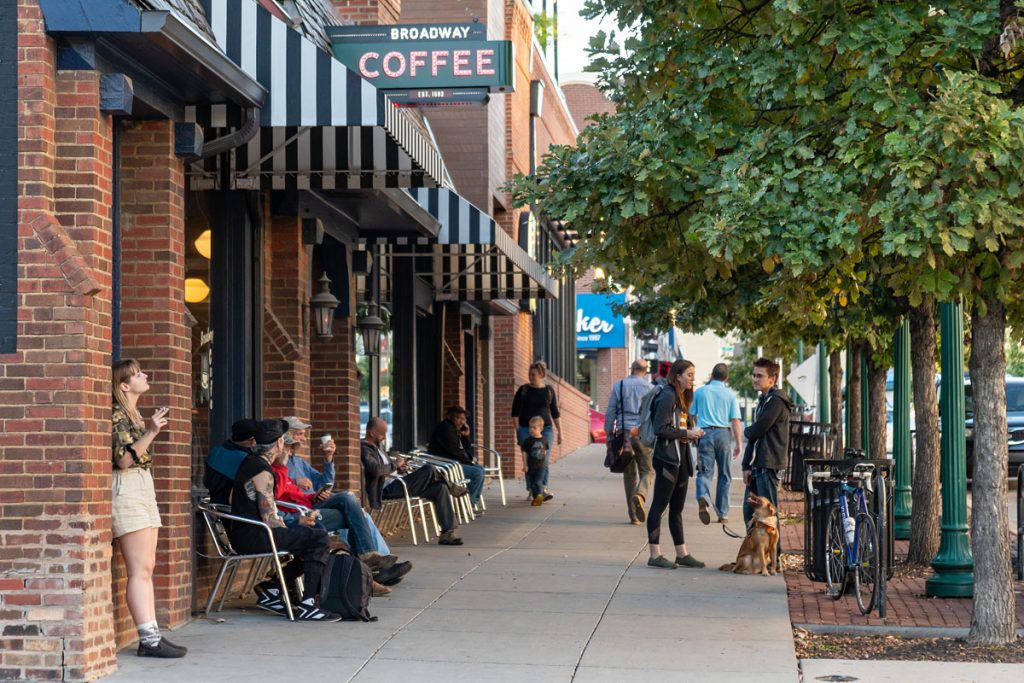 New Friends
Uprooting during the middle of a pandemic could have been problematic, but the couple says the move-in process was relatively seamless. Plus, many of their new neighbors have become friends along the way. “Everyone here is very friendly, and it’s very diverse,” says Shane.

Amy adds with a laugh, “Everyone we’ve met has been really kind. We’re all in the same boat—moving in the middle of a pandemic. We joke it feels like moving into a college dorm because we all take care of each other and look out for each other.” Other hospitable neighbors have even given the Heftys dining suggestions and a vet recommendation for their pooch.

Speaking of, since moving here Amy has found her calling volunteering to walk dogs for the KC Pet Project. “There’s just something about it—giving those dogs a bit of space,” she says. Kansas City Pet Project’s volunteer program made it easy to get involved.”

The couple has also found Bar K to be a popular stomping ground. “Up until winter, we were going there once or twice a week,” says Shane. (And in case you were wondering, Westley on Broadway is, indeed, a pet-friendly community.) 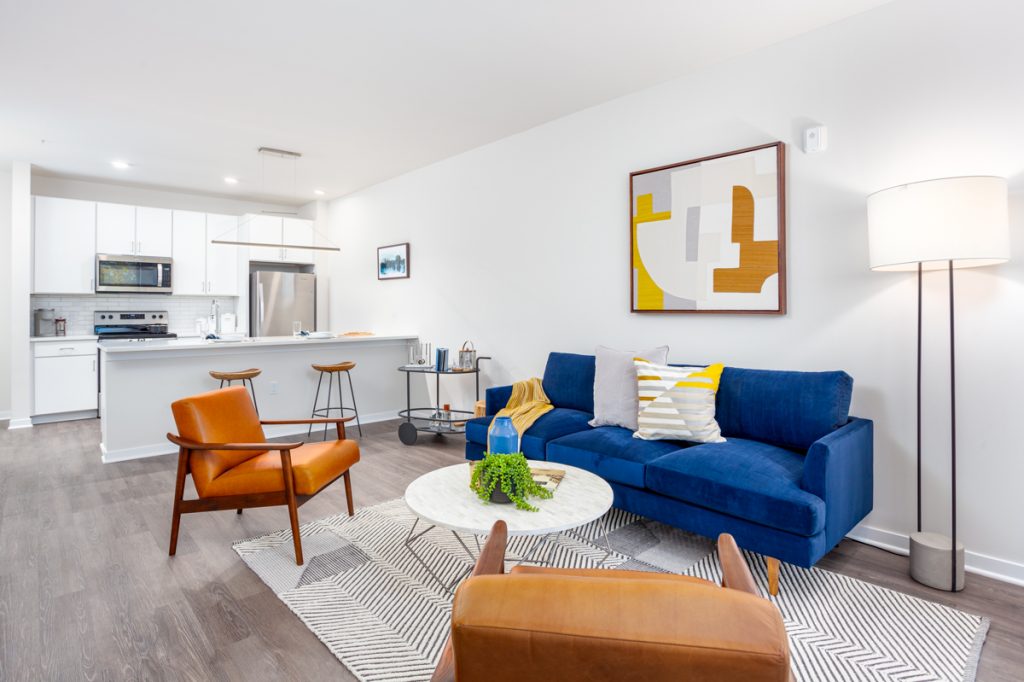 Welcome Wagon
Westley on Broadway opened in early July. “There were just a few people who moved in before us—a small crew of early Westley folks,” says Amy. “Now more people are moving in, and we’re meeting new neighbors every day.”

The staff at Westley has been more than accommodating for any of the Hefty’s needs. “Shout out to the Westley crew that takes care of all of us and keep this place in working order,” says Amy. “They’re very responsive, fun to talk to, and they throw events so people can meet each other.” Experiences include a recent Q+A zoom call with Queer Eye’s Bobby Berk that Westley hosted, several recent cooking classes, and an outdoor miniconcert on the pool deck. “They do a lot for us here,” she says. 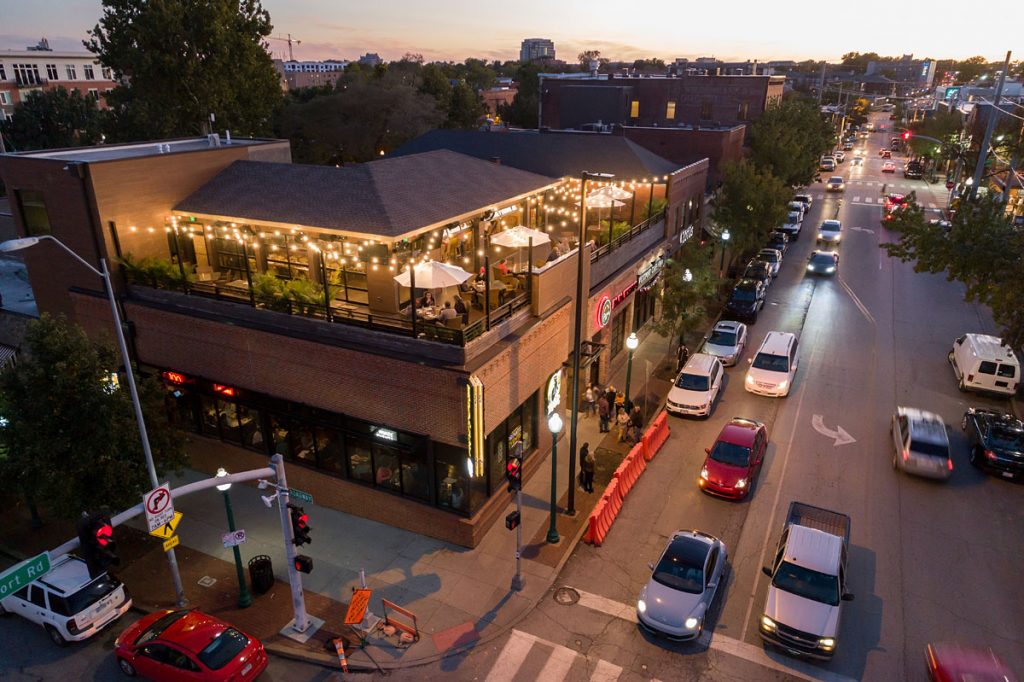 2021 On Tap
The Heftys are eager to get out and about. “We’re adventurous—we want to do all sorts of new stuff and explore,” says Shane, affirming the couple is eager to see KC outside a pandemic setting. “I feel like we haven’t seen it fully in its stride,” Amy says.