Décor
2 weeks ago
by Patricia ODell
0 0

Toma Wolff’s connection to art and her home is rooted in family. She grew up in a family that collected art—her late father, Byron Cohen, opened the Cohen/Berkowitz Gallery in the Crossroads in 1994 and her mother, Eileen Cohen, was an art teacher. Her day-to-day life from the time she was a child was infused with artists, art buyers, and creatives. “I was born into an art family,” she says. “Some of my earliest memories involve art. When I was young—before I was 6 years old—I would make drawings, tie them up with a bow, and go door to door selling them.”

Her life was so infused with art that around the time she was in middle school she was puzzled that a friend’s family had nothing on their walls. “It was shocking to me that they didn’t have any art on their walls anywhere,” she says. “That’s when I realized that maybe my family was different.” 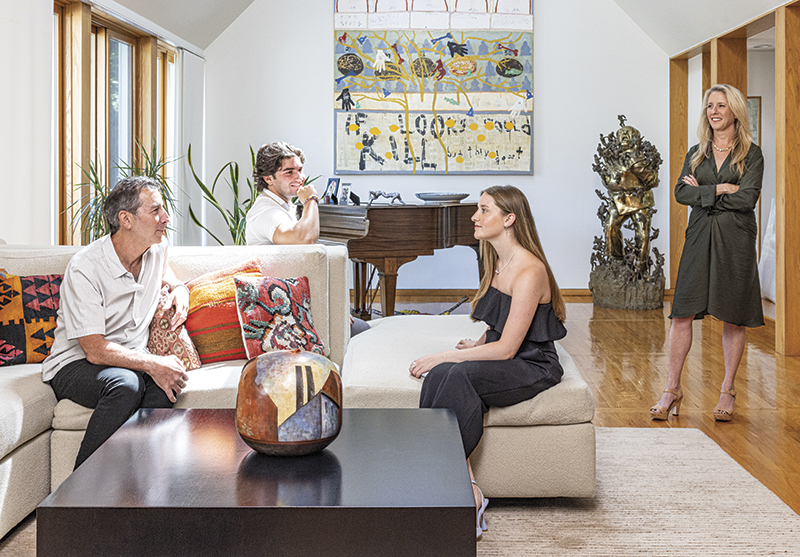 Wolff’s family ties are strong, but she did not plan on buying and raising her children in the house she grew up in. “We bought the house about 18 years ago. I was with my father at an art fair in Miami, and my mom—on a whim, I think—went to look at condos. She called and told us she had made an offer, and that I had a week to decide if we wanted their house.”

Wolff and her husband, Andy, had been looking, and while they had seen many houses, nothing seemed right. The Wolffs realized that her family home was perfect for them. “There were wood floors, a million walls—all white—it was exactly what we wanted,” she says.

While she and Andy decided to maintain the integrity of the house, they knew they wanted to make it their own.  “We put in a new kitchen and a new master bedroom,” she says. “And we blew out the upstairs hallways to have more walls.” They enlisted interior designer Lisa Schmitz to help with the renovation. It was her idea to install the multicolored panels in the kitchen.

“We wanted something that was playful,” Wolff says. “It’s automotive paint on inexpensive wood. We didn’t know if it would stand the test of time. We thought if we got tired of it, we could change it out, but we never have.”

The art, of course is the focus, but Wolff finds that, as with the panels above the cooktop, she moves art less than one might imagine. Even with new acquisitions, many beloved pieces stay put. “One of the great things about working in the gallery is that I’ve always had new artwork around me. I love the pieces in my house, and I don’t want to part with them, but I do stop seeing them in a way, because seeing them where they are is so normal to me.”

She does rotate work if she buys a new piece, and occasionally, she trades pieces with her mother. “We sort of play with moving things back and forth,” Wolff says. This works well because her taste and her late father’s taste were so similar. “We were walking through an art fair separately one time and when we met up, we agreed to take each other to our favorite piece. It was the exact same piece,” she remembers. “So, we bought it together.” 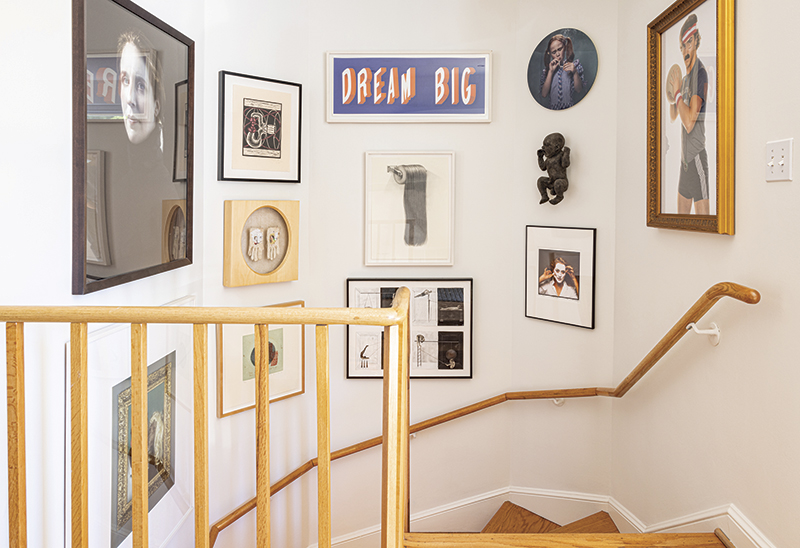 Wolff says she doesn’t overthink where a piece of art will live at home. “I’ve never bought a piece knowing where it was going to go. I buy art because I love it. I need it. It’s a hunger. So, I know I’ll figure out a place for it. I’m not thinking about whether it will match the furniture. I do think about how something may relate to the other art around it, because I like the way art relates to each other.”

Wolff and her father closed the physical gallery in 2011. They moved the business online and she, Andy, and their children, Simon and Ava, moved to Florence, Italy, for a year. They came home to Kansas City when her father became ill. After he died, she decided to let the business evolve naturally. “Now I’m consulting,” she says. “I want my clients to connect to the artists and their stories. There’s no art for sale on my website. It’s important to hear the artists’ stories, to connect their ideas and enjoy the visuals. You might look at something and not understand it. But once you hear the story behind it, you’re connected. Once we identify artists that they like, we can find the right pieces.”