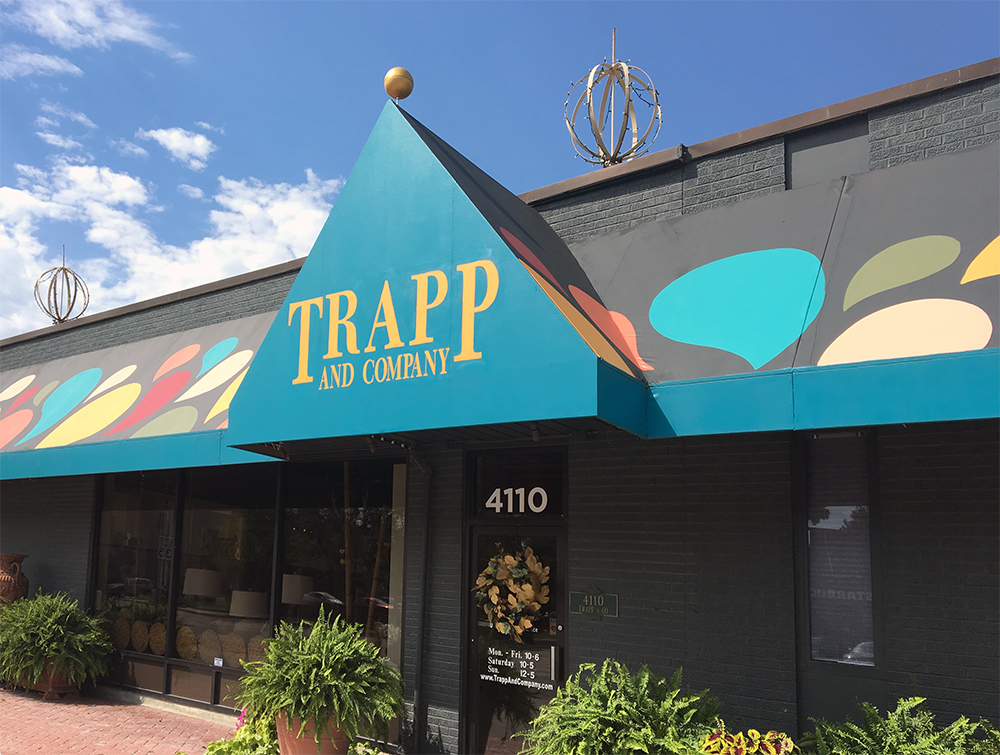 Hard to believe, but Trapp and Company is celebrating its 50th anniversary this year—that’s a half century of sheer creativity, if you’re keeping track. The unparalleled shopping experience in the store, chic interior design, and stunning floral arrangements remain the talk of the town. Why? Because as president and owner Bob Trapp reminds us, “We’ve evolved and stayed relevant.”

Oh, and it helps the store has catered to dignitaries, luminaries, and other famous celebrities along the way. For instance, Team Trapp was handpicked to provide the floral arrangements for Ronald Reagan’s inauguration in Washington. They’ve also been privy to exclusive birthday parties, bar mitzvas, and debutante coming-out soirées. When asked what the most over-the-top party they orchestrated was, both Trapp and his right-hand man, vice president Kenneth Sherman, smiled. Allegedly it was within the last year—and it was epic. We tried to find out more, but mums the word when it comes to mums, orchids, and lilies apparently. 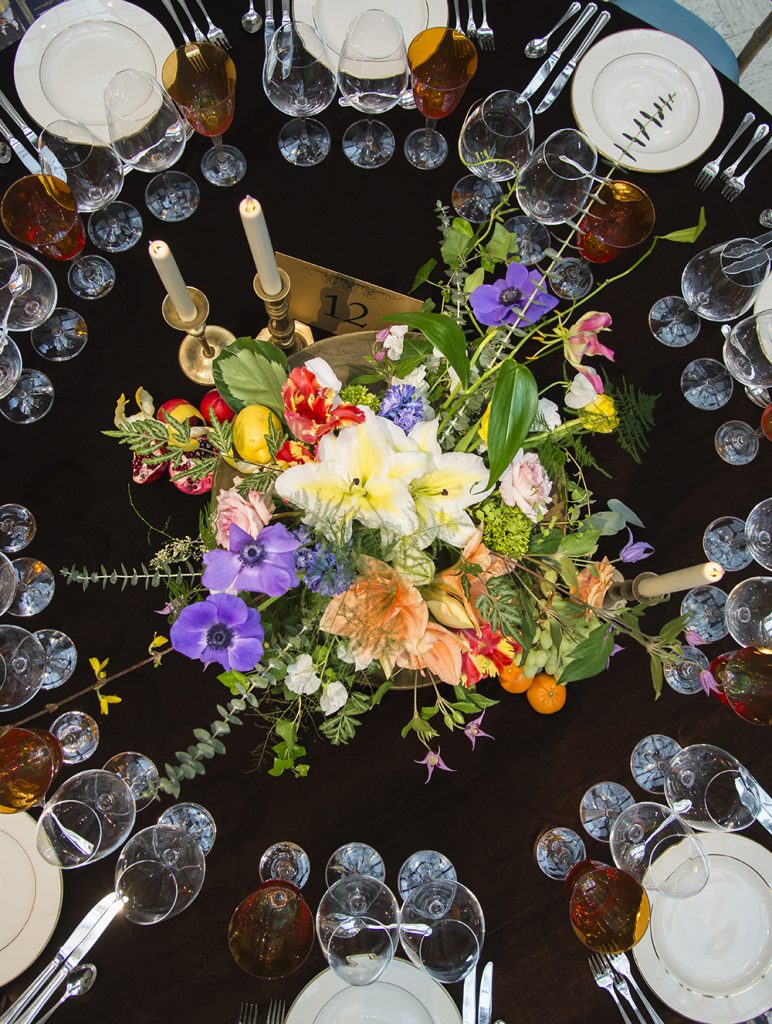 Fifty years in and you can tell Bob Trapp is still having a ball. He’s like a kid in a candy store, er, flower shop. “50 years ago I was a kid. I didn’t think about where we would go at the time. I was just having fun,” he says. Seems if it wasn’t for one well-heeled couple, Bill and Pat Deramus (of KC Southern Railroad fame), Trapp may have never gotten his start. “I had just finished their twin daughters’ debutante party,” he says. “Mr. D. asked me to come have a drink and asked what I wanted to do for my career. I said I was working towards my own flower shop.” Deramus scheduled a meeting just a few days later with Trapp. “I got the best—well, the only suit—I had and went to see him,” Trapp says.

And the rest is floral history. 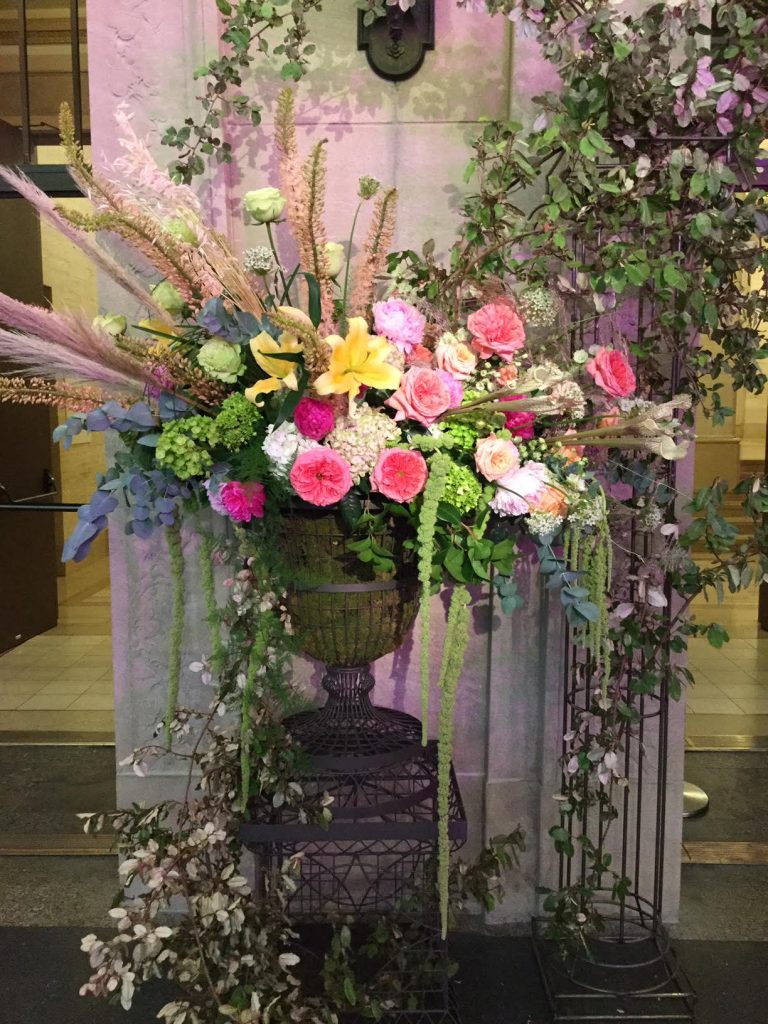 Through much of the ’70s and ’80s, the Trapp brand expanded and continued to blossom—pun intended. That was back when people threw exquisite dinner parties or festive get-togethers “just for the sake of throwing a party,” he says. “For us, it was all about entertaining at home or big parties at various country clubs.” Before you can say flower power, big names came calling. TV Guide mogul Lee Anneburg wanted Trapp for a New Year’s Eve party. The team even flew to London to help hold court for an ambassador’s daughter’s nuptials. (On the guest list? 007’s Roger Moore.) “The gardener grew sweet peas for us and the wedding was at St. Paul’s Episcopal Church,” Trapp says. “We did these 12-foot-tall bouquets of sweet peas—something we had never done before.”

For the team at Trapp, “service, quality, and creativity” has always been paramount to its growth. “When we opened, we were tiny,” he says. “Not anymore.” Once it moved to its current location on Main St., the business added an interior design studio, an impeccably edited gift shop, an event-planning company and finally, “a women’s fashion section—which is our most recent addition.” 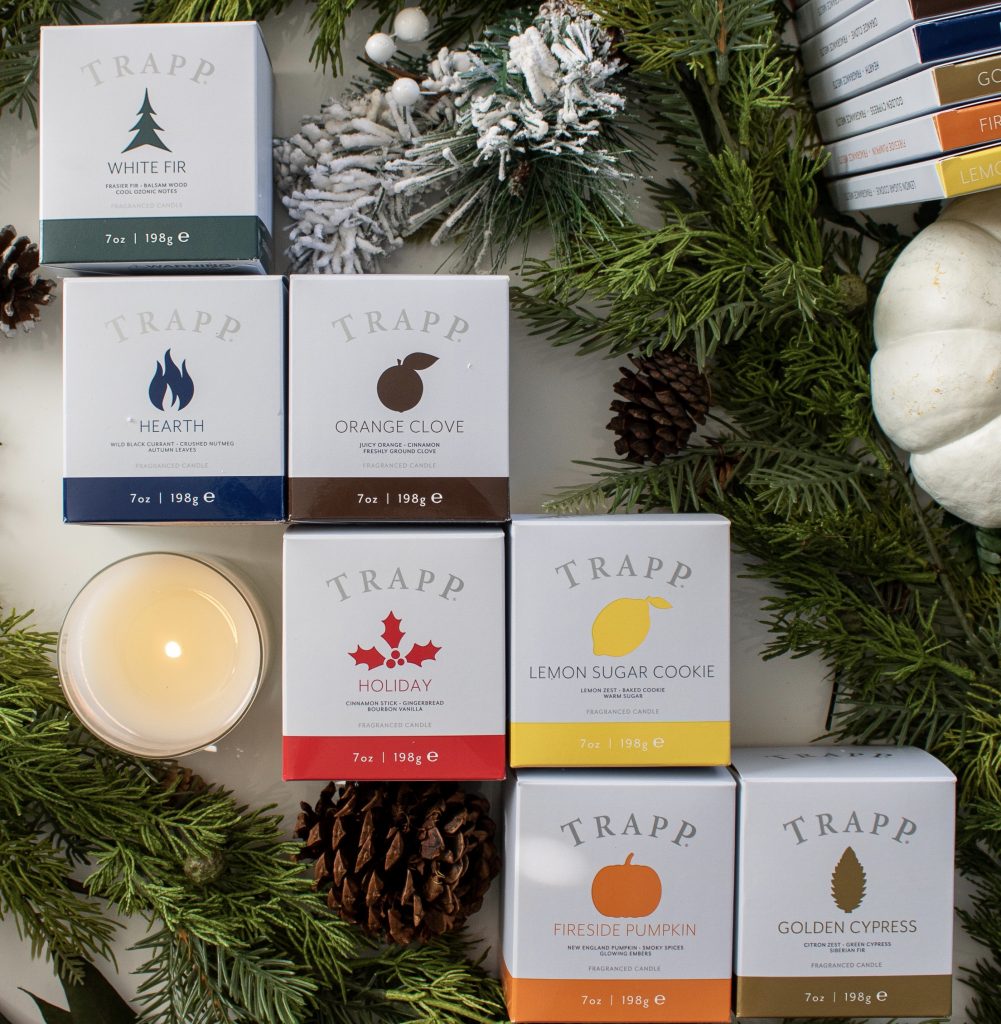 In the ’90s—long before the candle craze hit with a vengeance—Bob Trapp saw an opportunity and ran with it. He launched the Trapp candle line—which quickly become synonymous with the company. The world-renowned line has devoted fans all over the globe. Their first fragrance was Exotic Spice. Fun fact? Trapp often adds a carnation scent to many of his candles. “Carnations are my favorite flower,” he says.

In case you were wondering, the team’s top-selling candle remains Orange Vanilla. “The day it went on the market, it went right to the top and has stayed there,” he says. “Some say it’s reminiscent of home.” Tuberose and Bob’s Flower Shop “constantly fight each other for the second-biggest seller.” The latter has Trapp’s largest collection of scents in one candle.

Any hiccups along the way? Trapp and Sherman both laugh. At one point they delved into the world of luxury soaps. “We bought 10,000 bars of soap, so our basement was full of soap,” says Sherman. “The smell was so overwhelming; we could barely stand it.”

A nickel tour of the inner workings of Trapp and Company is a kaleidoscope of colors, fabric swatches, and exotic floral arrangements. The longtime staff diligently works on projects—none are too big or too small. Trapp says the best is yet to come. “We’re moving forward and still creating. We’re being more progressive in our approach,” he says. “People think that we’re very traditional. We’re most well-known for being classic. But we also think outside the box.” 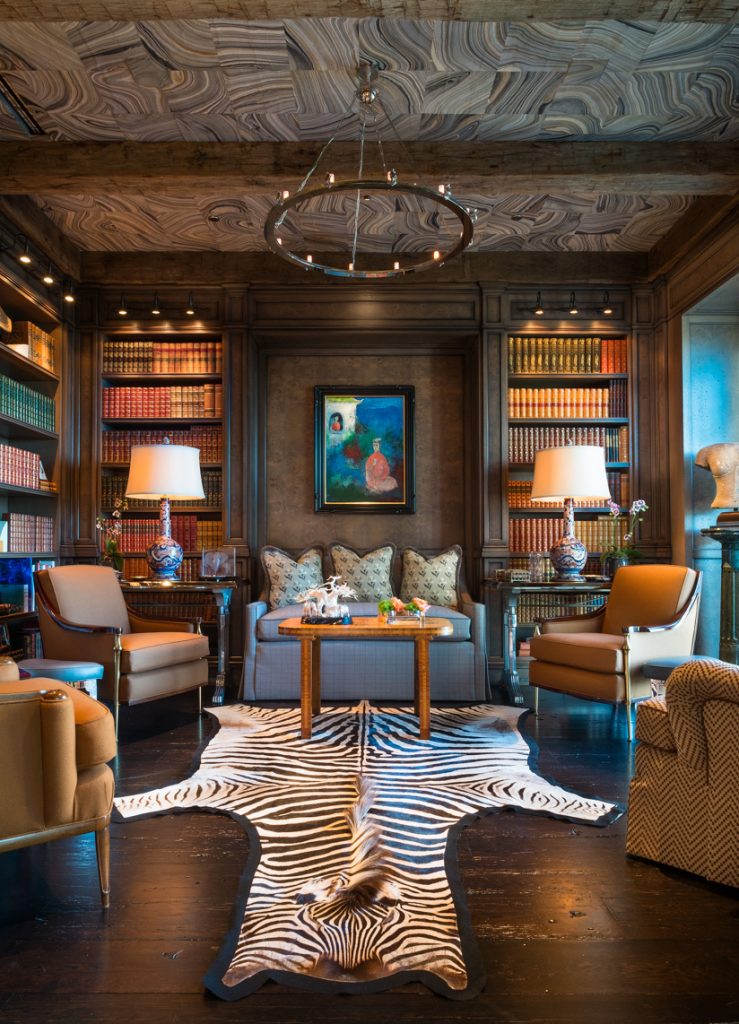 The creative customer-centric approach seems to work for Trapp and Company—no matter who the customer is. Trapp says he once spent an entire year planning a debutante’s party in Dallas. “The hostess wore diamond heels. Diamond. Encrusted. Heels. Not rhinestones, diamonds from Cartier. We served caviar out of a giant silver punchbowl.”

Curious about Trapp’s most memorable couple? We were. “We had been in business less than a year and this young couple came in and wanted to buy one rose. And I said they should pick the one they wanted. They were in the cooler forever,” Trapp says. “They wanted to pick the perfect rose because they were on their way to Loose Park to get married. We’ve done some immense weddings but buying that rose meant so much to them. They were the happiest two people. That still sticks in my mind to this day. I wish I would have gotten their names.” 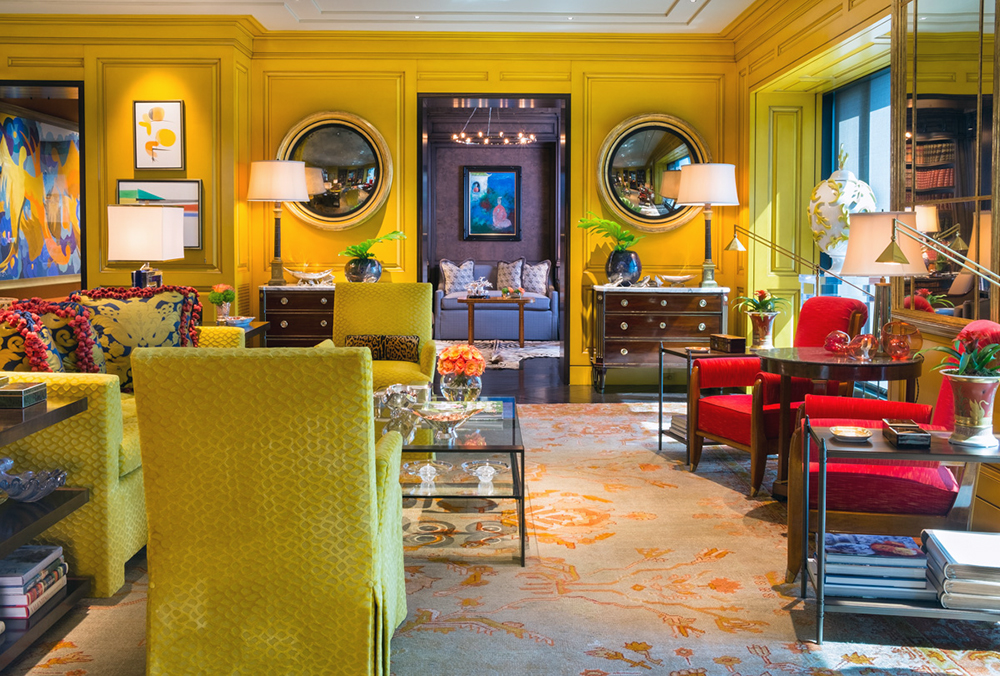 Want to help celebrate Trapp and Company’s 50th Anniversary? Feel free to join in the festivities. The staff is throwing a glorious retrospective in the store September 23 – 28th. Guests and patrons are encouraged to visit and wax nostalgic. “We’re welcoming everyone to come and share some of the memories they have with us—and, likewise, we’ll share with them,” Trapp says. “That week we would love for all of our friends to come by and say hi.”

And if you’ve never been to visit Trapp and Company, owner Bob Trapp says there is no better time than the present—especially given the store’s walk down memory lane. “The more, the merrier. There’s something for everyone here,” he says. “We just want people to come in and see all the beautiful décor and designs we offer. We’d love to visit with you and show you around.” (Oh, and there’s also a standing personal invitation for the aforementioned unknown couple who are probably set to celebrate their 50th wedding anniversary this year as well. Cheers to that!)

At Trapp and Company, Men’s Apparel is All About Comfort & Style for Everyone