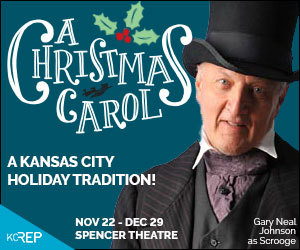 Join Cindy McCain – philanthropist, businesswoman, and wife of the late U.S. Senator John McCain – for an afternoon of empowerment at the Women’s Foundation’s “We Work for Change” Annual Event, presented by Bank of America.

The event will bring community, business, and elected leaders together around the theme of “Changemakers” – to celebrate the power of women to make positive change through civic engagement and public service. This year’s fundraiser also will celebrate the 100th anniversary of the 19th Amendment, which gave women the right to vote.

To honor the suffragettes who marched and advocated for our right to vote, we encourage attendees to wear white to the event.

Cindy McCain, keynote speaker, is a changemaker on a national stage. She has dedicated her life to improving the lives of those less fortunate both in the United States and around the world. She is committed to ending human trafficking; and chairs the Board of Trustees at the McCain Institute for International Leadership, which promotes economic opportunity, freedom, and human dignity.

Cindy is the Chair of her family’s business, Hensley Beverage Company, one of the largest Anheuser-Busch distributors in the nation.

For questions, please contact Ann Spivak, Vice President of Development, at (816) 988-2007 or ann@womens-foundation.org

Proceeds from the annual event sustain the work of the Women’s Foundation to promote equity and opportunity for women of all ages, using research, philanthropy and policy solutions to make meaningful change.

Women’s Foundation is an exempt organization as described in Section 501(c)(3) of the Internal Revenue Code. Contributions to the Women’s Foundation are deductible. The non-deductible portion of your payment is $50.00 per attendee, which is the fair market value of goods and services provided in exchange for a standard ticket or standard sponsorships.