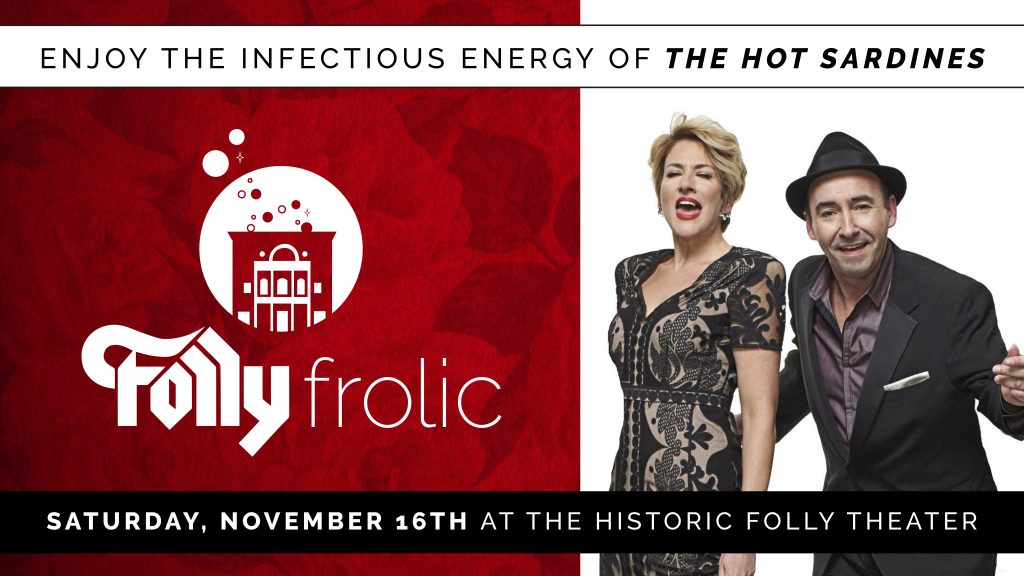 Formed in New York City in 2007, Elizabeth Bougerol & Evan Palazzo have brought the Hot Sardines to life! Evan, a NY native, and Elizabeth “Miss Liz” from Paris, both answered a Craig’s List ad for a traditional jazz band. It “was like an instant musical connection”, Elizabeth recalled.

Since that day, Evan and Liz created the Hot Sardines, and have been touring with top-notch talent, including a tap-dancer! The Hot Sardines have managed to garner the attention Baby Boomers and Millennial jazz lovers alike with their flair in performance and music influenced by artists like Fats Waller, Thelonious Monk, and Ray Charles.

The Hot Sardines will play at the historic Folly Theater for the 5th annual Folly Frolic on Saturday, November 16th with their new album, Welcome Home, Bon Voyage released on April 19th, 2019.

Tickets will go on sale on September 13th! Check out their website for more information!