Leave it to the culinary marketing experts in France to come up with something so très ridiculous, it may just catch on stateside. It’s called the “restaurant lampshade”—a sort of immersive, clear plastic bubble that covers diners while they dine. (Safety first, people!) Oddly, the devices hang from the ceiling—you know, not unlike old-school lampshades. And there’s a convenient cutout in the back so you can get in and out with minimal muss and fuss. Why risk catching germs when you can lose your dignity instead? 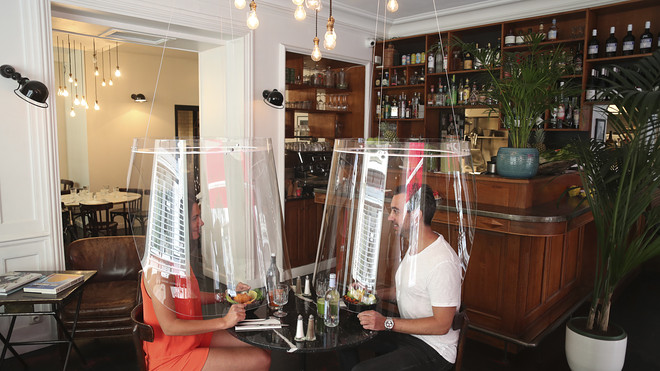 Is bubble dining poised to be a thing? And, if so, when will it hit the metro? Enquiring minds want to know. All we know is that according to an article in Grubstreet, it’s becoming a hot commodity—“with preorders rolling in from France, Japan and the U.S.”

We asked local restaurateurs, chefs, and bar managers their thoughts on the Plex’Eat. (Yes, that’s what it’s called. No, we’re not kidding.)

“How do you clean them after use? Do they fog up? What if a guest starts coughing or sneezing? How do you serve the guest? Can the guests hear each other? What if they need to use the restroom? Nope, wouldn’t use them.” — Co-owner Katrin Heuser, Affäre, Crossroads

“This a joke? The point of us opening up is to give the guest some sort of normalcy. This does not do that.” —Executive Chef Bradley Gilmore, Ignite Woodfire Grill, Lenexa 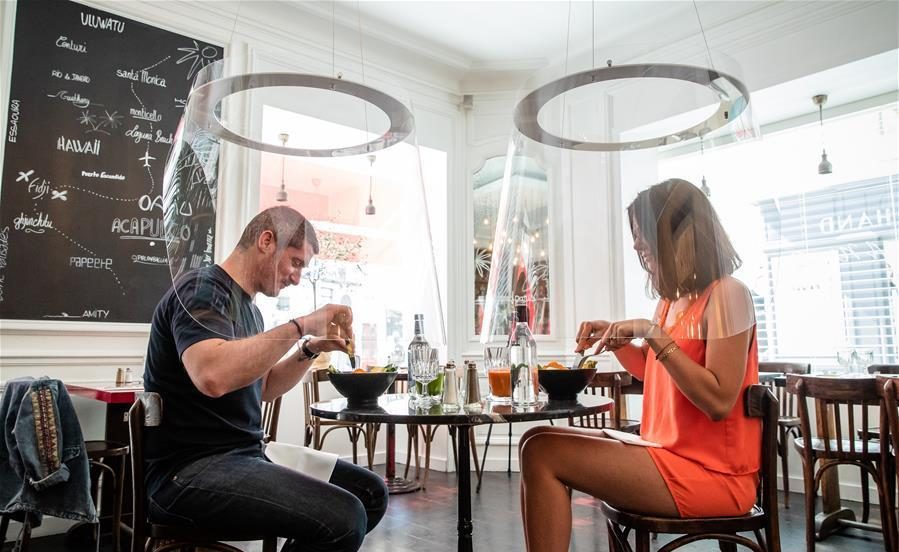 “It’s very Boy in the Bubble—a bad movie with John Travolta. It looks like a shower curtain—with a weird reflection. The interaction of the guests eating together would be very limiting. Negative, Ghost Rider—we would not use these.” — General manager Lori Lubin, Grand Street Café, Lenexa

“I never thought I would see the day when George Jetson opened up a restaurant. I’m very sorry to say, we would not use these shower-curtain-looking-protective-social-distancing-guards.” – Owner/chef Jasper Mirabile, Jasper’s, Kansas City

“Just because you can, doesn’t mean you should. I really don’t understand what, why and how. I am at a loss for words. I don’t think eating inside a plastic condom would be any safer. Does it pump in fresh oxygen from a clean environment?” — Owner/chef Michael Foust, Black Sheep + Market, Kansas City

“Looks like two solo cups in a trashcan after an event. How do you clean them? Who cleans them? What happens if they aren’t cleaned well? I applaud anyone trying to make safe, positive and healthy choices, but it isn’t for me.” – Owner/chef Beth Barden, Succotash, Kansas City 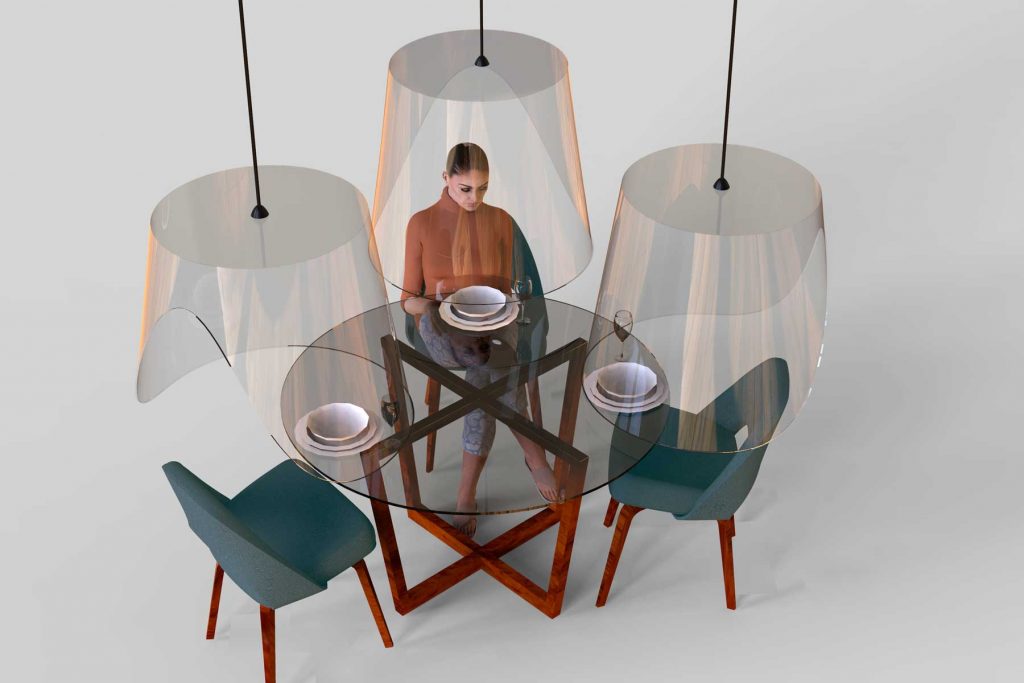 “Is this a joke? It looks like a COVID-based Black Mirror episode. No, I would not use them. And I would also not go somewhere that used them.” – Bar director Brock Schulte, The Monarch, Kansas City