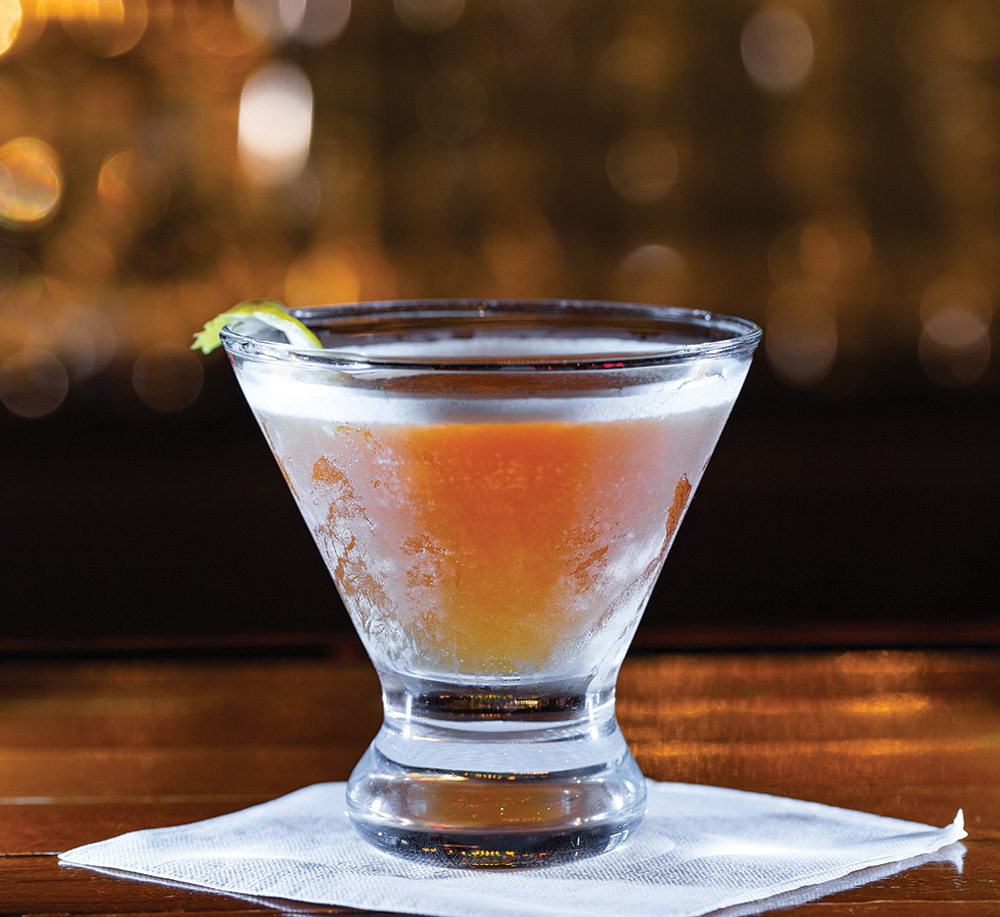 ‘‘Just sit right back and you’ll hear a tale, a tale of a fateful trip, that started from this Bottoms port aboard a not-so-tiny ship…” Well, sort of.

Shortly after the repeal of Prohibition in 1935, a grand ship-themed lounge opened in downtown Kansas City on East 10th between Oak and Locust Streets. Dubbed The Ship, it was always known for having a “diverse” clientele, both respectable and not, from every stratum of society. It operated continuously until 1995. After it closed, the contents of the sinking lounge were salvaged, the building demolished, and a park sprang up in its place. In 2004, the contents were rediscovered by Josh Mobley and Bob Asher, and ideas of the reconstruction of The Ship began. In 2014 The Ship was recommissioned and launched in the West Bottoms. Hidden away at 1217 Union (use your GPS), you have to get there before 9:00 p.m. if you want to go in the obvious way. After 9:00—well that’s when the front door closes and you have to go around the block and enter from the alley—which is more of a partially paved, pot-hole ridden afterthought of a parking lot. It’s kind of fun. A friend of mine, who told me it was her favorite bar, called the whole experience “other worldly.” I can see that.

Once inside, the present-day Ship is a well-stocked bar and lounge with classic and contemporary cocktails. It also serves a variety of drink-friendly and comfort-food favorites, such as sandwiches, salads, fried things, meat loaf and baked pasta. They even have “Night Breakfast” featuring biscuits and gravy and pancakes. Live music also plays a significant role (see their website or Facebook page).

The clientele today is surely as diverse as it was during The Ship’s previous incarnation. I noticed people from age 21 to 70, from every corner of Kansas City and from every economic and social background. If you want to get your Tiki-freaky on, don’t feel afraid to dress the part—a few people were wearing Hawaiian floral-print shirts, leis, and life preservers. Gilligan and the Skipper wouldn’t appear out of place. It’s certainly easy enough to imagine how your “three-hour tour” could be extended.

According to Jessica Devon McClanahan, The Ship’s front-of-the-house manager, this cocktail is based on a popular drink called the Whiskey Rebellion, of which there are numerous variations. After many taste tests, she decided on this recipe.

“I love Templeton Rye Whiskey and was looking to showcase it in a drink that fell outside of typical choices. This recipe seemed to fit and the staff loved it. The Stowaway has turned out to be one of our most popular drinks because everyone loves whiskey, but the Pimm’s is sort of an unexpected ingredient, hence the name.”

Note: Choose your ingredients with care. This drink, in all of its simplicity, is brutally transparent. The Templeton Rye Whiskey, with warm and silky caramel and butterscotch, its toffee and allspice, is complemented by the herbal notes of Pimm’s caramelized orange hints and spices. Everything is balanced by the acidity of the lemon and simple syrup, made refreshing and cool by the shake over ice. You’re going to love this.

Combine all of the ingredients in a cocktail shaker with ice. Shake, strain and serve in a martini glass of some sort. Serve immediately. Be prepared for round two.

In Your Cocktail: Tannin

In Your Cocktail: Verdigris