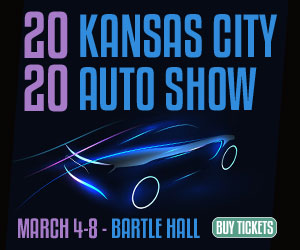 What’s not to love about the texture, the look, the health benefits, and most of all, the flavor of grains. They’ve been nourishing humanity for several thousand years, and for a cook, their versatility provides a canvas of limitless possibility. I keep a wide variety in my pantry, such as oats, wheat berries, quinoa, farro, and different kinds of rice, but one of my go-to grains is barley.

Many people have unfavorable associations with barley and other grains, perhaps because whole grains are considered “health foods.” Barley is generally classified as hulled (a minimally processed whole grain) or pearled (hulled barley that has been steamed and had its bran removed). Both are high in fiber, but hulled barley more so, which gives it a sturdy chew and requires twice as long to cook. Hulled barley can be used in place of pearled barley, just keep the time required for cooking in mind when adapting recipes. I typically use pearled barley. It does contain some gluten, but many people who are sensitive to wheat gluten are tolerant of barley. Depending on how barley is finished, it can be eaten chilled, at room temperature, or warm, as in the following barley risotto. Barley can be added to salads as a garnish and dressed with a vinaigrette or mixed with other grains and dressed to make a salad or side dish in itself. It can be tossed with raw or cooked vegetables or nuts, and cheese is always an excellent companion to this humble grain. If you have some cooked barley in the fridge, make a quick breakfast of it by reheating it with a little milk and seasoning it like you would oatmeal, topping it with a drizzle of honey, cinnamon, berries, and toasted almonds. It could also be the foundation of a “bowl” with your favorite additions of proteins, condiments, and garnishes like tuna, pickled ginger, vegetables, soy and rice vinegar. One of barley’s most famous pairings is with mushrooms, their earthy nuttiness and textures complement one another. It is wonderful in soups—beef and barley soup is a classic dish of the British Isle—either cooked in the soup, where its starch contributes to the thickening of the soup, or cooked separately and used as a last-minute garnish when serving the soup, where it keeps more of its chewy texture. In any case, it is a terrific vehicle for flavor.

The basic preparation of barley is incredibly simple. One cup uncooked barley yields about three cups cooked barley, so use that as a guide for how much you want to cook. I always cook more than I need for one meal because it is so versatile and great to have on hand when you need a quick meal in a pinch. The technique: In a colander or strainer, rinse the barley. Bring some water to a boil (enough to cover the barley by an inch or two) with a bay leaf and a little salt and a little splash of olive oil. Add the pearled barley and simmer for about 20 minutes (hulled barley takes about 20 more minutes), stirring occasionally to avoid sticking to the bottom of the pot. If the barley looks like it’s going to boil dry, add a little more water so the barley is always able to move about in the pot. Taste—the barley should be pleasantly tender/chewy. If it still seems a little too chewy, continue cooking and tasting. When the texture is to your liking, immediately drain and lightly rinse the barley to stop the cooking process and wash excess starch from the exterior of the grain. Try to make note of how long you cooked it so you’ll know your preference in the future. This is your basic barley, ready for any of your favorite applications.

For a vegetable barley risotto, continue as follows: Finely dice equal amounts of onion, celery, and carrot, and prepare any additional vegetables you wish to incorporate. In cooler seasons, I love featuring butternut squash and broccoli rabe, so I cut these a bit bigger so they really stand out. In a wide skillet, with a bit of olive oil or butter, sauté the vegetables with a bit of salt and pepper for a few minutes until tender to your liking. Stir in the barley and a little water or stock and cook until heated through, stirring occasionally until almost all of the liquid is absorbed. This should just take a minute or so. To finish, turn off the heat and sprinkle on some grated cheese (Parmigiano-Reggiano, Grana Padano, or an aged cheddar) and add a knob of butter. Stir rapidly to emulsify the butter and cheese into the dish—like you would to finish a risotto. Serve immediately.

Red Quinoa   An ancient grain originating in the Andes, this striking crimson grain is both delicious and beautiful served warm or cold. Taking only 10 to 15 minutes to cook, this should be a staple. Available at better grocery stores.

Wheatberries   These unprocessed kernels of wheat are the quintessential whole grain. After almost an hour of cooking (plan ahead!), they plump up and retain a hearty texture. Substitute for beef for a vegetarian winter chili. Available in bulk in health-food stores like Nature’s Own Market in Westport.

Forbidden Rice  Black rice, “forbidden” to any but royalty (or the most wealthy) in Asia for centuries, is a fantastic source of anthocyanins, those antioxidants everyone should consume more of. With a lovely perfume and texture, give this one a try. Available at better grocery stores.

French Green Lentils   Not a grain, but with similar characteristics and applications. This is the sturdiest of all the varieties of lentils, and one that retains its shape and texture the best. It is also the most expensive, but worth every penny. Wonderful with rich foods like braised duck or cotechino sausage. Available in bulk at health-food stores and in better markets.

The Thing About Celebrity Cookbooks 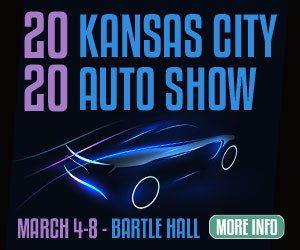